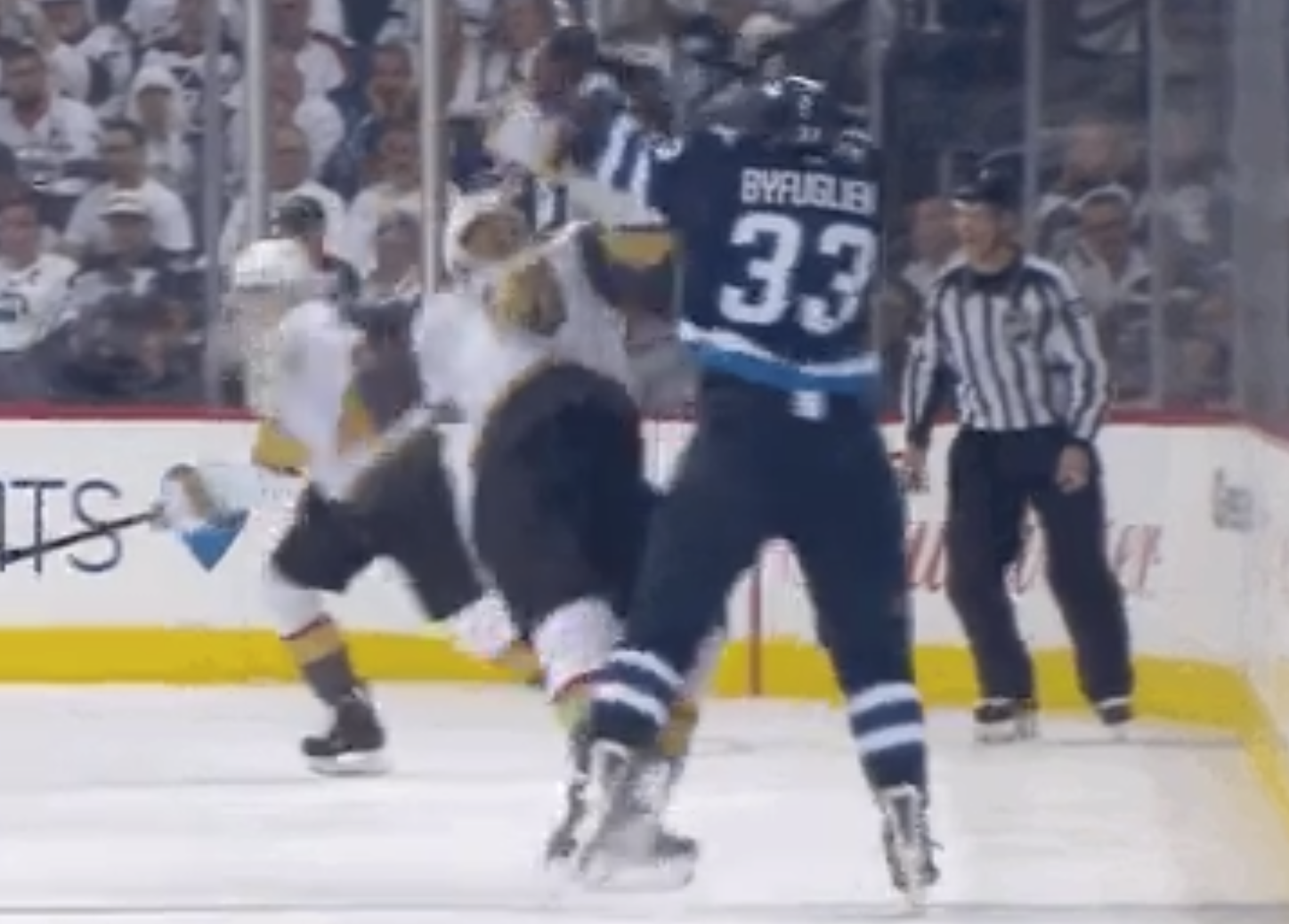 “Big Buff,” as he is called, stands six-foot-five, and weighs 265 pounds. He is a very large man, which Golden Knights enforcer Ryan Reaves found out firsthand on Monday.

Reaves skated over toward Byfuglien and attempted to put a hit on him, but it backfired, as “Big Buff” casually absorbed the hit and lowered the boom back on his counterpart. You can’t even make hits this big in NHL 19!

Reaves is a brave man for even attempting to ruffle Byfuglien’s feathers. Most guys would’ve skated in the opposite direction.