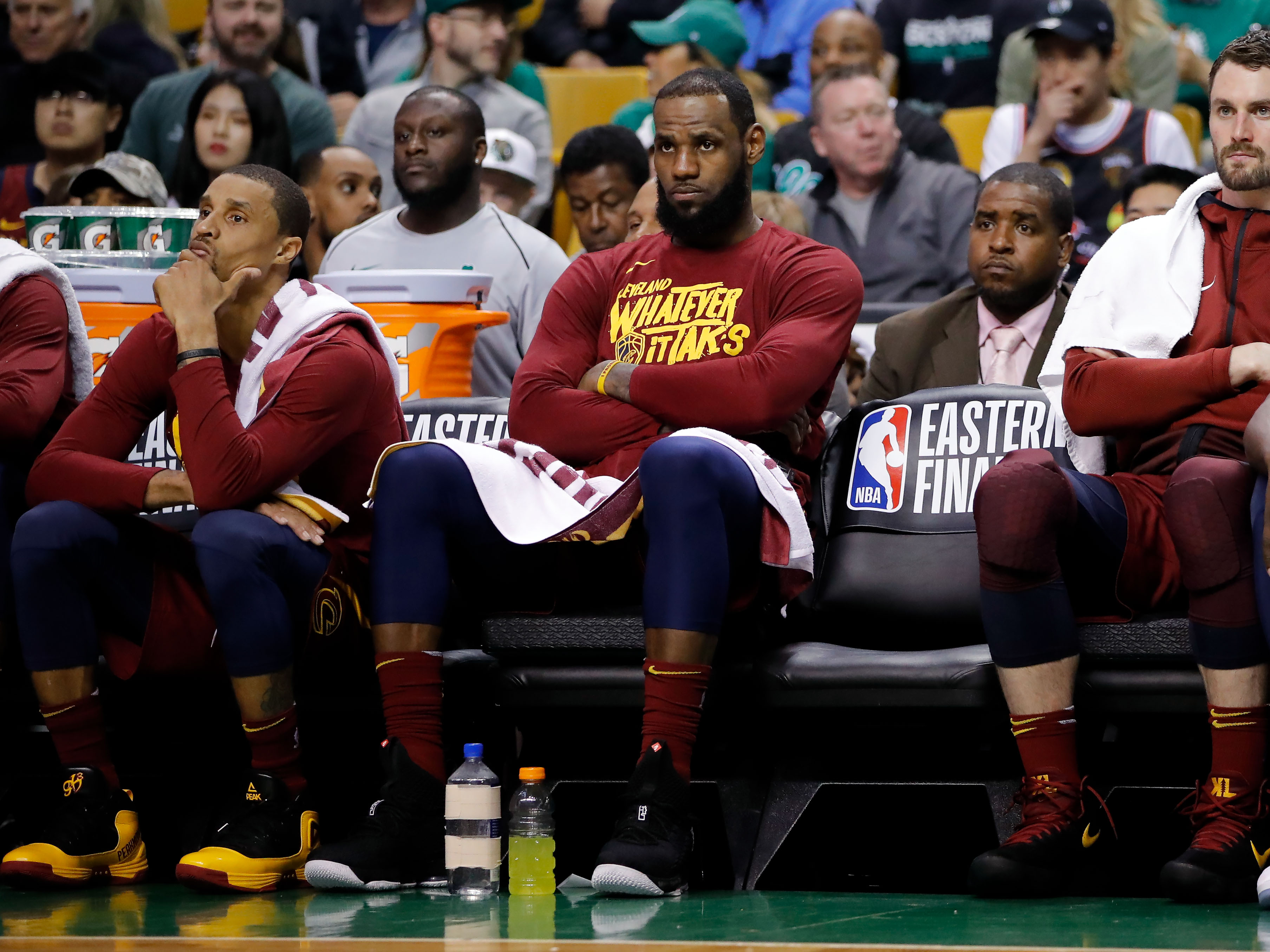 The Cavs essentially laid an leg in Sunday’s embarrassing 108-83 loss to the Celtics, in what was their worst performance of the playoffs so far.

Boston attempted to guard LeBron James 1-v-1, mostly with Marcus Morris on him. And, surprisingly, it worked. James scored only 15 points on 5-of-16 shooting.  The performance was similar to when I use my broken controller to play NBA2k19.

But James has such a high basketball IQ, and he’ll now post up in the film room to study up and make the necessary adjustments heading into Game 2.

He shared some of his thoughts on what they need to do in reacting to Sunday’s loss.

LeBron: “I got a good sense of how they played me today, and how I need to play going into Game 2.”

It’s hard to accept that James isn’t at least somewhat concerned. But he’s going to attempt to lead us to believe that’s the case, and we expect a strong bounceback in Game 2 on Tuesday night.