Pittsburgh Pirates stock report - May 6 through May 12 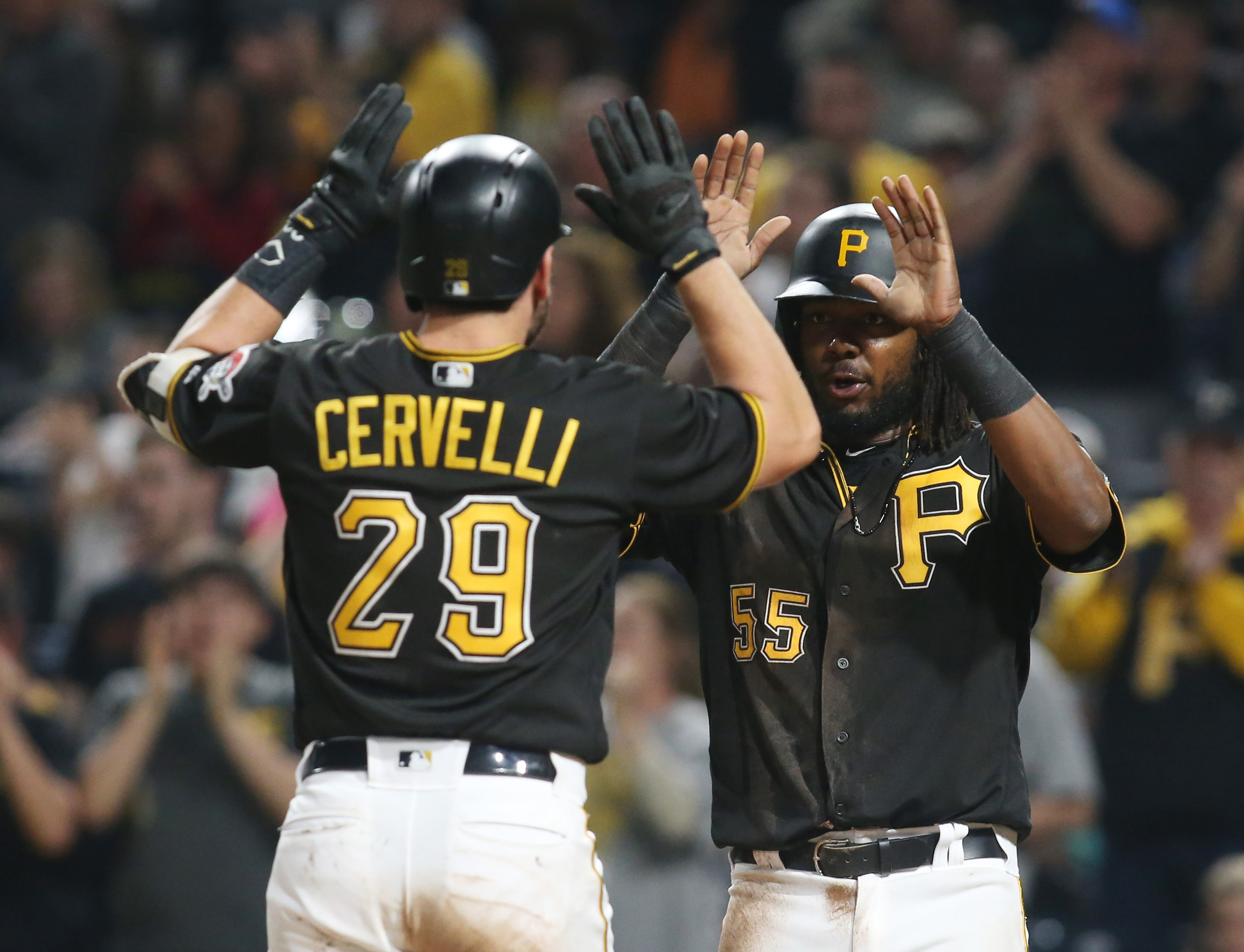 Pittsburgh Pirates stock report - May 6 through May 12

Welcome to another edition of Pirates Breakdown’s Stock Report! With the Pittsburgh Pirates stringing together five straight wins last week, this edition will only focus on the standout performances from May 6-12.

The Pittsburgh Pirates put on quite the show in last week’s contests. The team went 5-0 against the Milwaukee Brewers, Chicago White Sox and San Francisco Giants. Even more impressive, the team scored 42 runs and only gave up five in the those games. So because of the offensive barrage, this week’s edition will feature two additional players who are on the upswing, instead of focusing on two that have been struggling.

So why the change to a formula that works? Because it’s my column, and I call the shots around here. Here are the four offensive stars of the last week.

Starling Marte has been on an absolute tear as of late. He collected a hit in each game and extended his current hitting streak to seven games. Marte also slapped his fourth triple of the season in the May 6th shutout against the Milwaukee Brewers. The home run he hit on May 11th was his sixth of the season, so he will match his total from last year the next time he hits one over the fence, and could make a serious run at his career high of 19 which he hit in 2015. If there is one alarming stat from last week, it’s his BB/K, as he struck out seven times and did not draw a free pass. But with his production in other areas, he is still creating run scoring opportunities for the team.

Pittsburgh Pirates’ 3B Colin Moran is another position player that has found himself on base every game this week. Moran had six hits in 16 at-bats and also had two walks to two strikeouts in the five games. His home run in the ninth inning on May 9th gave the team the lead and ultimately the win in Chicago. With a current slash line of .291/.373/.445 and three home runs, Moran has quietly added another strong left handed hitter to the everyday lineup for the Pirates.

Speaking of left handed hitters added to the everyday lineup for the Pirates, Corey Dickerson has made the potential production of Andrew McCutchen easier to deal with as he is hitting .321/.358/.526 so far this year. He went seven for ten in the first two games last week with two doubles, two runs scored and four runs driven in. Like Moran, Dickerson joins a lineup with multiple left handers taking the field everyday and producing at the plate. After hitting 27 home runs last year and for some reason being cast off by the Tampa Bay Rays, Dickerson has given the Pirates some great production so far in 2018.

One of the most surprising performances so far this season has come from Francisco Cervelli. Cervelli, who this writer is mature enough to admit that he picked to be the team’s least valuable player in 2018, hit his sixth home run of the season on Saturday, just one behind his career high of seven that he in his first season with Pittsburgh in 2015. Cervelli has always been a player that has shown a sharp eye at the plate, and in last week’s games he drew more walks (3) than times he struck out (2). If Cervelli is able to stay on the field and avoid injuries, something that has been a problem in the past, he could set career high marks in a multiple categories.