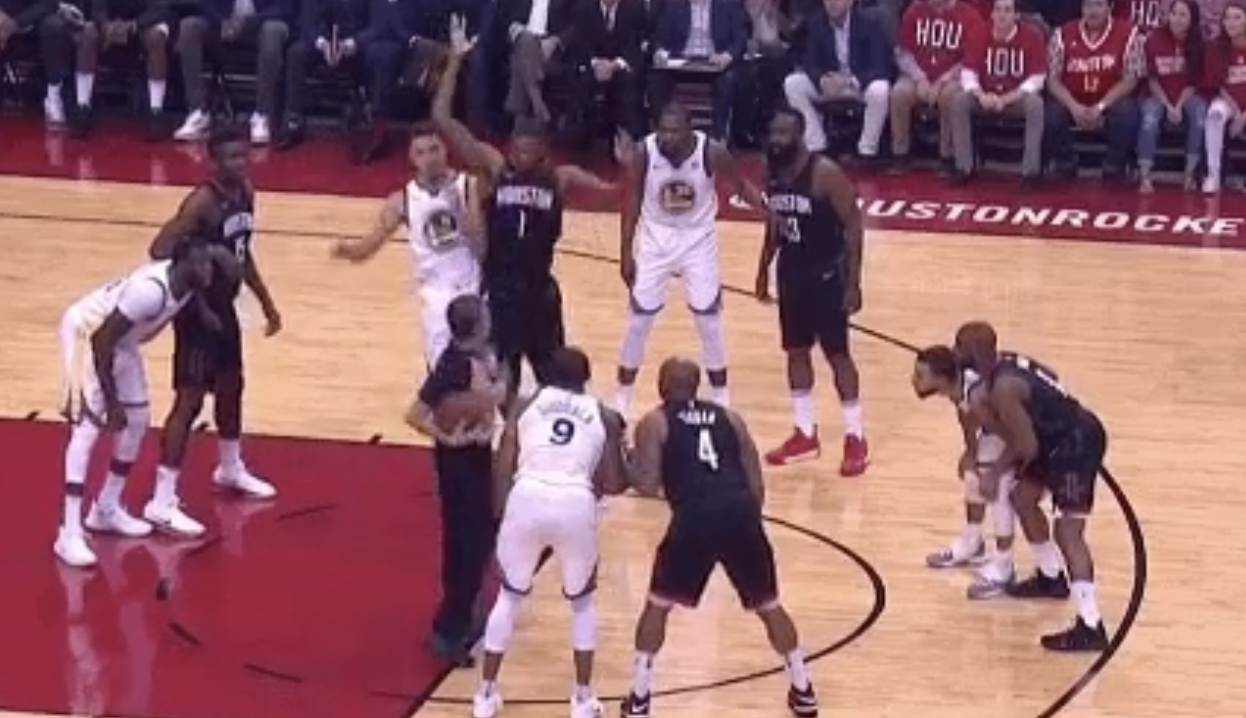 The NBA Playoffs are a time when players attempt to shine and look good in front of the camera on the big stage.

Sometimes, though, referees attempt to steal some of that camera time, which was what took place during Monday’s Warriors-Rockets game at Toyota Center.

It happened when the official, just one minute in the game, whistled for a jump ball between Klay Thompson and Trevor Ariza. The ref made it look as if he was going to toss the ball up, so both players jumped, but the official never let go of the rock.

THE REF GOT EM’ LMAO pic.twitter.com/c3x600p0Zf

Neither Thompson nor Ariza seemed to be amused after being faked out by the ref.