WATCH: Raccoon captured in bullpen at Dodger Stadium before game 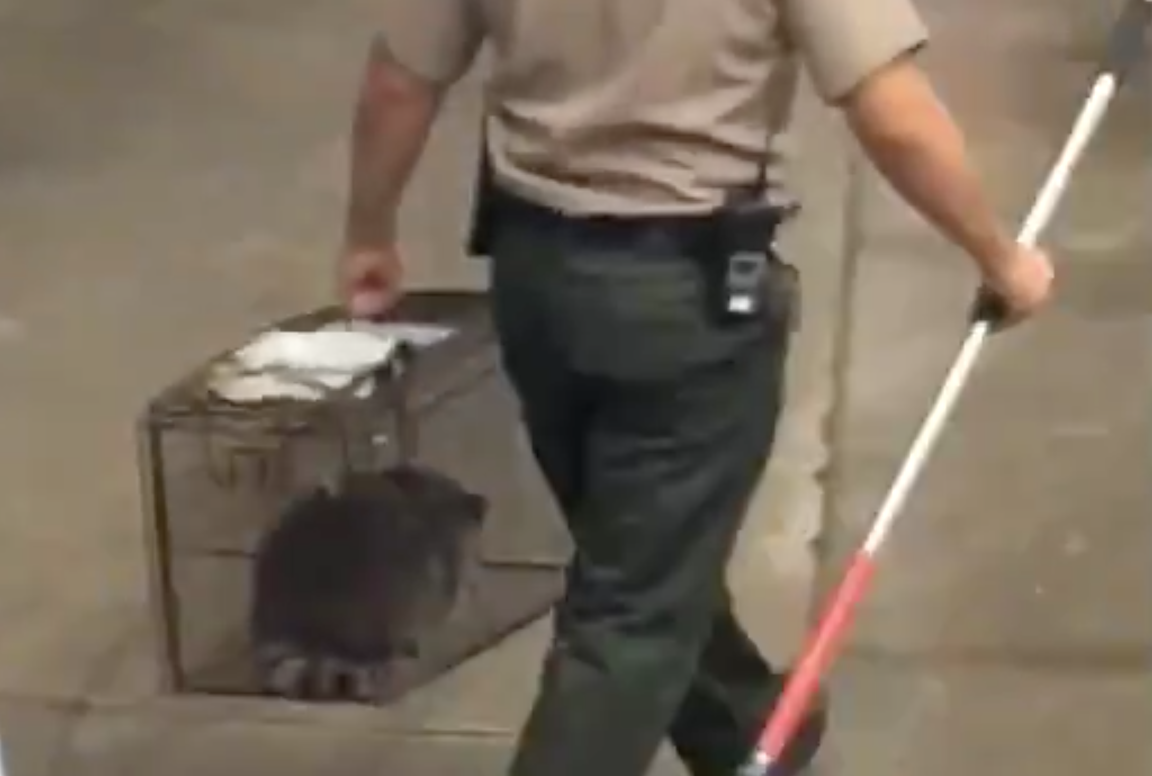 WATCH: Raccoon captured in bullpen at Dodger Stadium before game

An unwelcomed visitor showed up to Sunday’s Reds-Dodgers game — apparently angling to pitch in the NL Matchup.

A raccoon was just casually hanging out in the Reds bullpen a few hours before the game was set to begin.

Animal control was called, and before too long, the raccoon was being ushered out of Dodger Stadium.

It’s unclear exactly how the raccoon managed to get in the ballpark, but it’s assumed that the furry fella snuck in overnight.