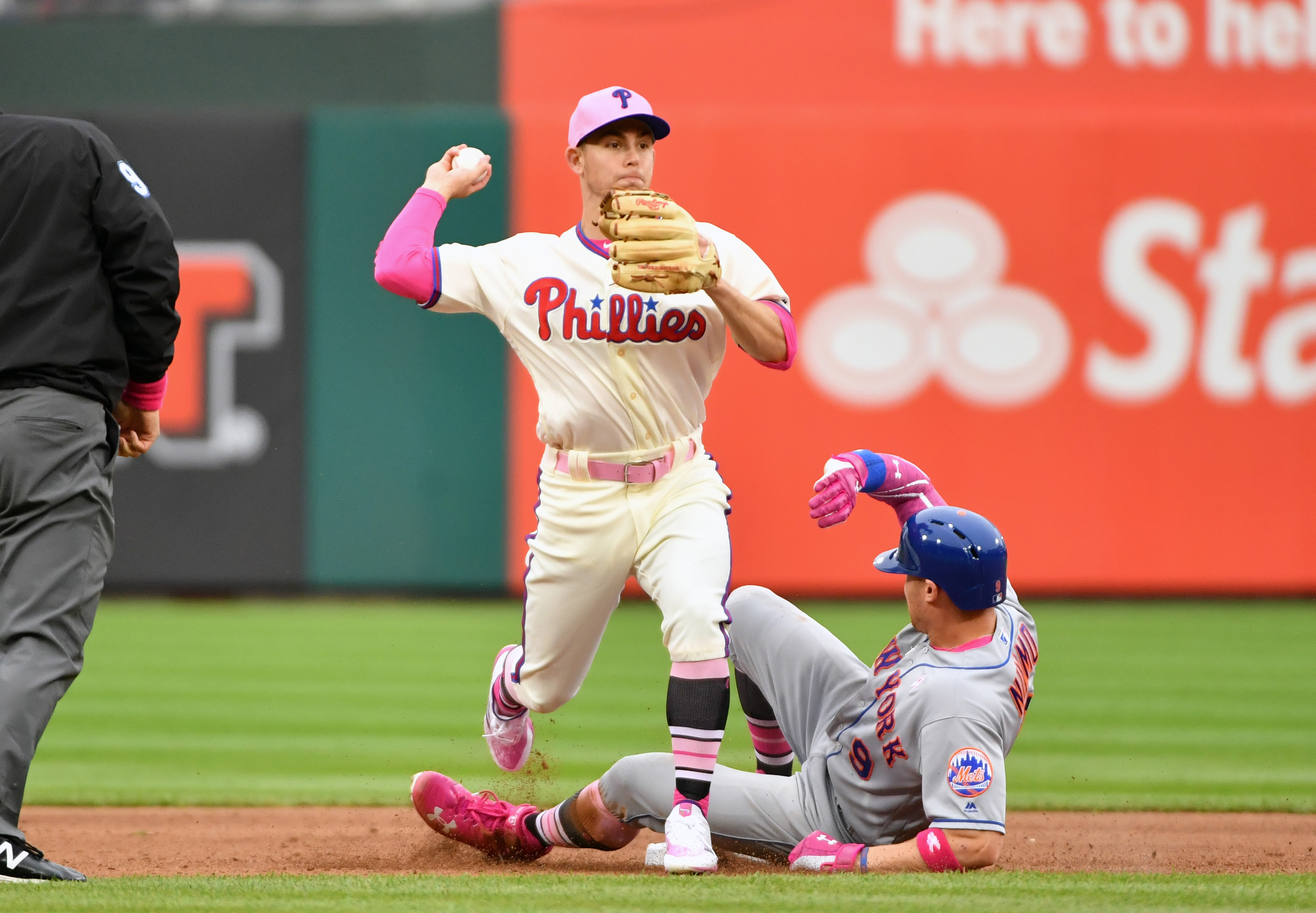 It turns out that the New York Mets’ road trip to Cincinnati and Philadelphia wasn’t what the doctor ordered. The Mets (19-18) went 2-3 on the rain shortened trip, dropping to a game above .500 and staring at a brutal stretch of the schedule. Beginning Friday, the Mets will play 18 games in 17 days without an off day, a stretch that could sink them before the summer even begins if they aren’t careful. There is business to attend to before that stretch begins, however, in the form of a two game interleague series with the Toronto Blue Jays (21-2) to kick off an eight game home stand. First pitch for the opener of this two game set is scheduled for 7:10 pm at Citi Field.

It was hard to tell what to make of the Blue Jays entering the season. After making the playoffs for two straight years, Toronto collapsed in 2017, going 76-86 to finish in fourth place in the American League East. The Blue Jays had a relatively quiet offseason, adding veteran pieces via trade (Randal Grichuk and Aledmys Diaz from the Cardinals, Yangervis Solarte from the Padres) and free agency (old friends Curtis Granderson and Tyler Clippard along with well traveled lefty Jaime Garcia) to supplement their core. The mix appeared to work early on, as Toronto raced out to a 17-12 start by May 1st. The Blue Jays have gone into a tail spin since them, losing eight of their next 12 games to fall into third place in the division. To make matters worse, star closer Roberto Osuna was placed on administrative leave after he was charged with assaulting his girlfriend, unsettling what had been a stable bullpen. Unless things improve quickly, Toronto could be headed for a mid-summer fire sale to try and extract some value from pending free agents Josh Donaldson, Marco Estrada, and J.A. Happ.

The Mets will send one time Blue Jays’ farm hand Noah Syndergaard (2-1, 3.09 ERA) to the mound tonight. Syndergaard last pitched on May 6th, when he allowed two runs in six uneven innings against the Colorado Rockies, but didn’t factor in the decision in a game the Mets went on to lose 3-2. He had been scheduled to start against the Philadelphia Phillies on Saturday, but after a rainout the Mets opted to push Syndergaard back to tonight to keep Jacob deGrom on schedule in his return from the disabled list. The Blue Jays will counter with the aforementioned Garcia (2-2, 5.40 ERA). Garcia pitched well in his last start, allowing two runs (one earned) in five innings against the Seattle Mariners last Wednesday, but didn’t receive a decision. The Blue Jays ended up winning the game 5-2.