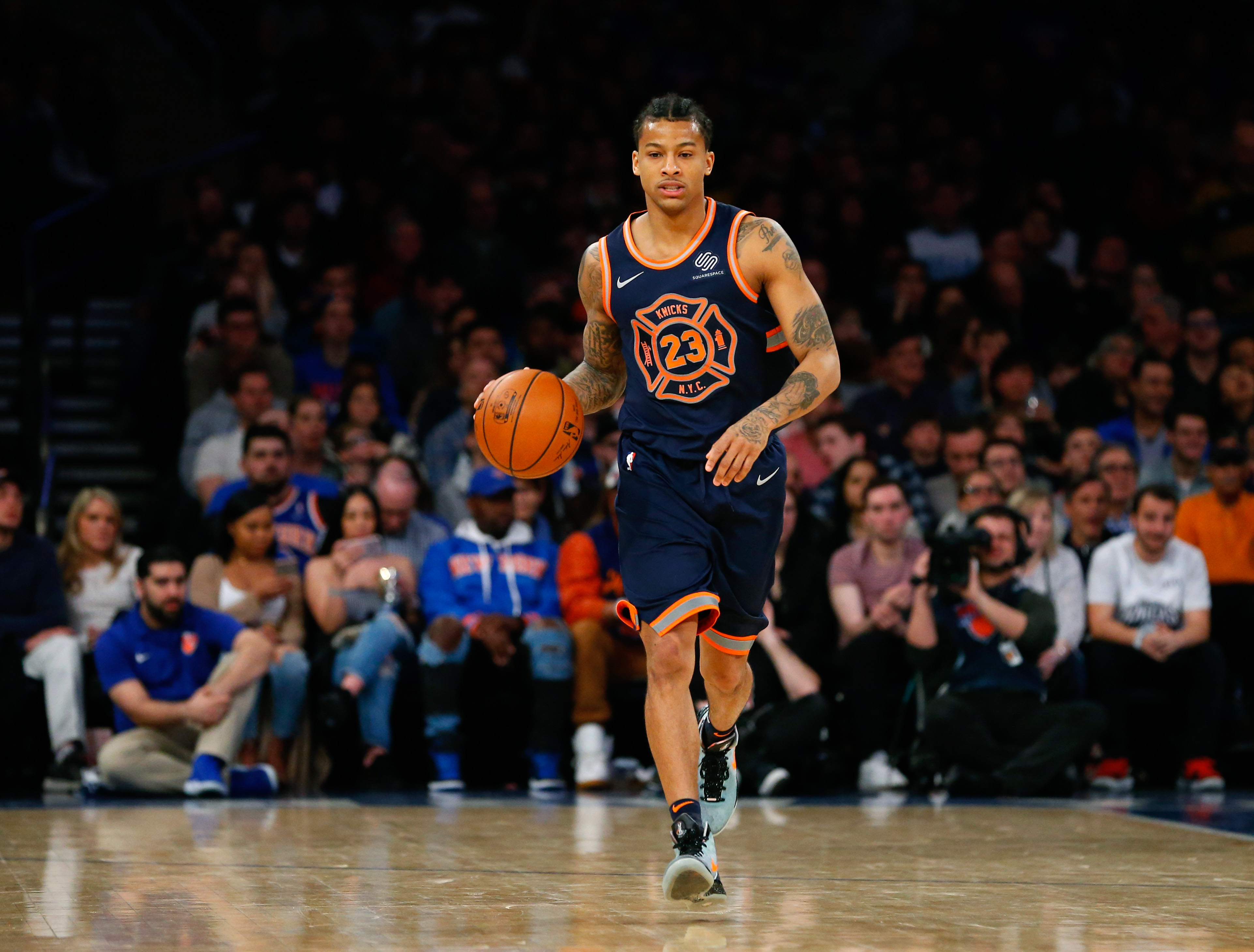 As the Knicks enter the next phase of their rebuild, they’ve ushered in a new head coach in David Fizdale, and the braintrust of President Steve Mills and General Manager Scott Perry has been front and center as they outline its vision for success.

With the organization hoping for some luck, Perry will represent the team at the NBA Draft Lottery on Tuesday.

Of course, all the efforts to right the ship for the Knicks goes far beyond the three faces fans see most often. On that note, this interview from The Undefeated with Knicks Vice President of player development and G League Westchester Knicks operations Craig Robinson is rather timely.

The collegiate coach turned NBA executive is much more than the brother-in-law of President Barack Obama. Speaking to Marc Spears, he outlined the duties of his role: implementing and overseeing a development plan with continuity so that it reaches players from top to bottom, empowering those ready to make an impact today (Kristaps Porzingis, Tim Hardaway Jr., etc) while putting the tools in place to help prepare prospects to contribute tomorrow (much like they did with former G League guard Trey Burke).

“All 25 or so players when you count the New York Knicks and the [G League] Westchester Knicks. Their on-court development and overseeing the things that they’re doing that helps get them to be better players,” he said. “The off-court player development, which is the life skills and stuff and things of that nature.”

Robinson has known Mills dating back to their days as teammates of Princeton basketball. Such a friendship meant so much to Robinson, that he packed up his things after closing on a house in Milwaukee to start fresh (again) in the Big Apple.

‘Initially I said, ‘Nah, we’re just closing on our house. This would be great.’ I had no idea what the job was. I thought it would be something very similar to what I was doing in Milwaukee. He said, ‘No, just hear me out.’ Once he explained what he wanted me to do, it was one of those things where you had to stop everything you were doing and have a family conference and really take a hard look at it,” Robinson told Spears.

The Knicks are in the midst of building a strong culture by embracing some refreshing basketball values otherwise new to this organization. Robinson is playing a big role in what will happen in the months and years to come, so checking out more of that interview is well worth the time.