Michael Conforto Appears To Be Coming Out of His Slump 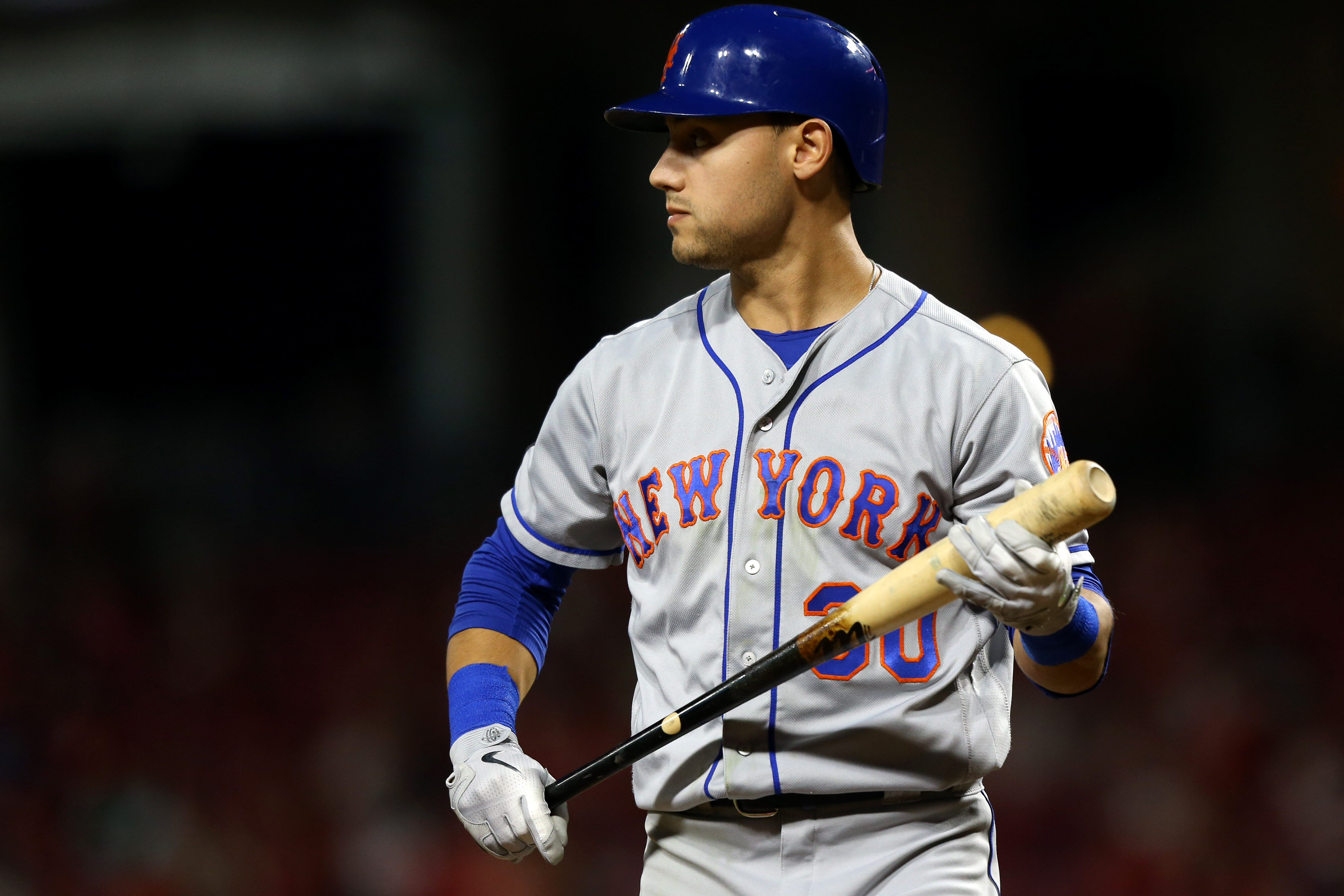 Michael Conforto Appears To Be Coming Out of His Slump

The New York Mets haven’t played good baseball over the last month, and a big offensive slump has been a significant part of the problem. One of the chief culprits of the Mets’ poor hitting has been outfielder Michael Conforto, who looked lost for the better part of three weeks. Conforto probably came back too early from his shoulder surgery to shake off the rust of missing spring training, hitting only .184 with two homers and seven RBI’s through May 6th. Even though the Mets only won two games last week, they do have to be encouraged at the signs from Conforto that he is about to go on a tear.

Over the course of the Mets’ five game road trip to Cincinnati and Philadelphia, Conforto batted .285 (6 for 21) with a double, two homers, and three RBI’s. While the statistics are nice, the big sign that Conforto may be coming out of his slump was where he was hitting the ball. When Conforto is right, he loves to take the ball to the opposite field, something that wasn’t happening much over the first month of the season. Friday night’s game was particularly strong evidence that Conforto was seeing the ball better, as he stroked an opposite field single early in the game and hit a deep fly ball to left center that was caught at the warning track later on. That set the stage for Conforto’s late heroics, when he squared up a fastball and muscled a two run homer to give the Mets a late lead.

The Mets desperately need a healthy and productive Conforto to be an anchor for their lineup. Asdrubal Cabrera has been hot all season, and Yoenis Cespedes just started hitting over the past few weeks. Cespedes is playing through a quad injury, however, and his track record indicates that he is a prime candidate to land on the disabled list if he plays too much. The Mets have a stretch of 18 games in 17 days beginning on Friday, so they will need to give Cespedes regular rest in order to get him through that stretch healthy. It is tough for them to take Cespedes out of the lineup right now given the struggles of so many others, but if Conforto is hitting he will make it easier for them to give Cespedes a night off.

Conforto is also the Mets’ best pure hitter, which is a significant factor on a team that relies heavily on the home run ball to win. If the home runs aren’t flying over the wall, the Mets need to string hits together to score runs, and Conforto was a big part of those rallies last season. Conforto can also bat leadoff or hit in the middle of the order, giving the team a ton of flexibility in how they construct their batting order. The leadoff spot makes the most sense right now, especially if Conforto is hitting well, since opposing pitchers would need to work harder against the middle of the Mets’ batting order.

There have been plenty of false starts during the Mets’ dreadful play, with seemingly big wins failing to generate any momentum in the following days. The Mets have to hope that Conforto’s hot week isn’t another one of those false starts, but rather a sign that he has gotten enough at bats to get into the groove of the season. Conforto was an All Star last season and appeared to be on the cusp of a breakout before he got hurt. The Mets really need Conforto to pick up where he left off and help carry their lineup through a difficult schedule over the next several weeks.