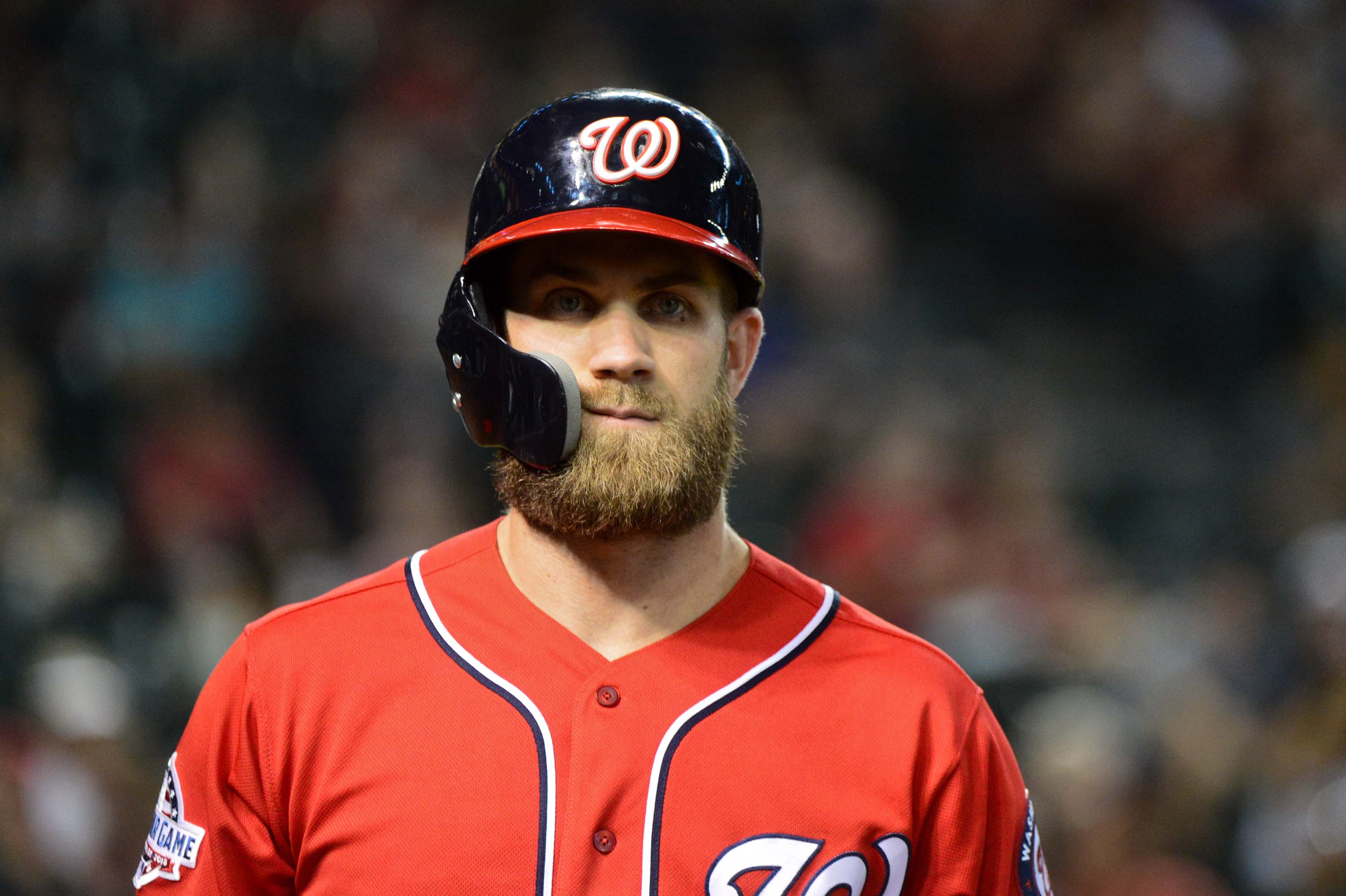 Nationals slugger Bryce Harper is currently playing out a one-year deal, after having spent the entirety of his career up to this point with the Nationals.

Harper, who is represented by superagent Scott Boras, will be one of the hottest free agents to hit the market in the history of the league, once this season ends. He’s expected to be courted by the Dodgers, Giants, Phillies, Cubs and, most importantly, the Yankees, who the team is currently squaring off against in a two-game set.

The New York media took full advantage of the opportunity, peppering Harper with questions about his future. They began by commenting about him being a Yankees fan growing up. Still, Harper deflected the talk.

“I’m a National now,” Harper quipped before going into “canned phrases” about leading his current team to wins, via Chelsea Janes of The Washington Post.

A big issue that Harper could run into is the Yankees’ grooming policy — he’d actually have to shave his beard. Reporters asked him if he was aware of it.

“Not really,” Harper said. “I don’t know what you’re trying to ask me.”

Harper is only 25 years old, but he knows exactly what to say, and when. He’s been trained well.