Keeping up with Eagles dish... 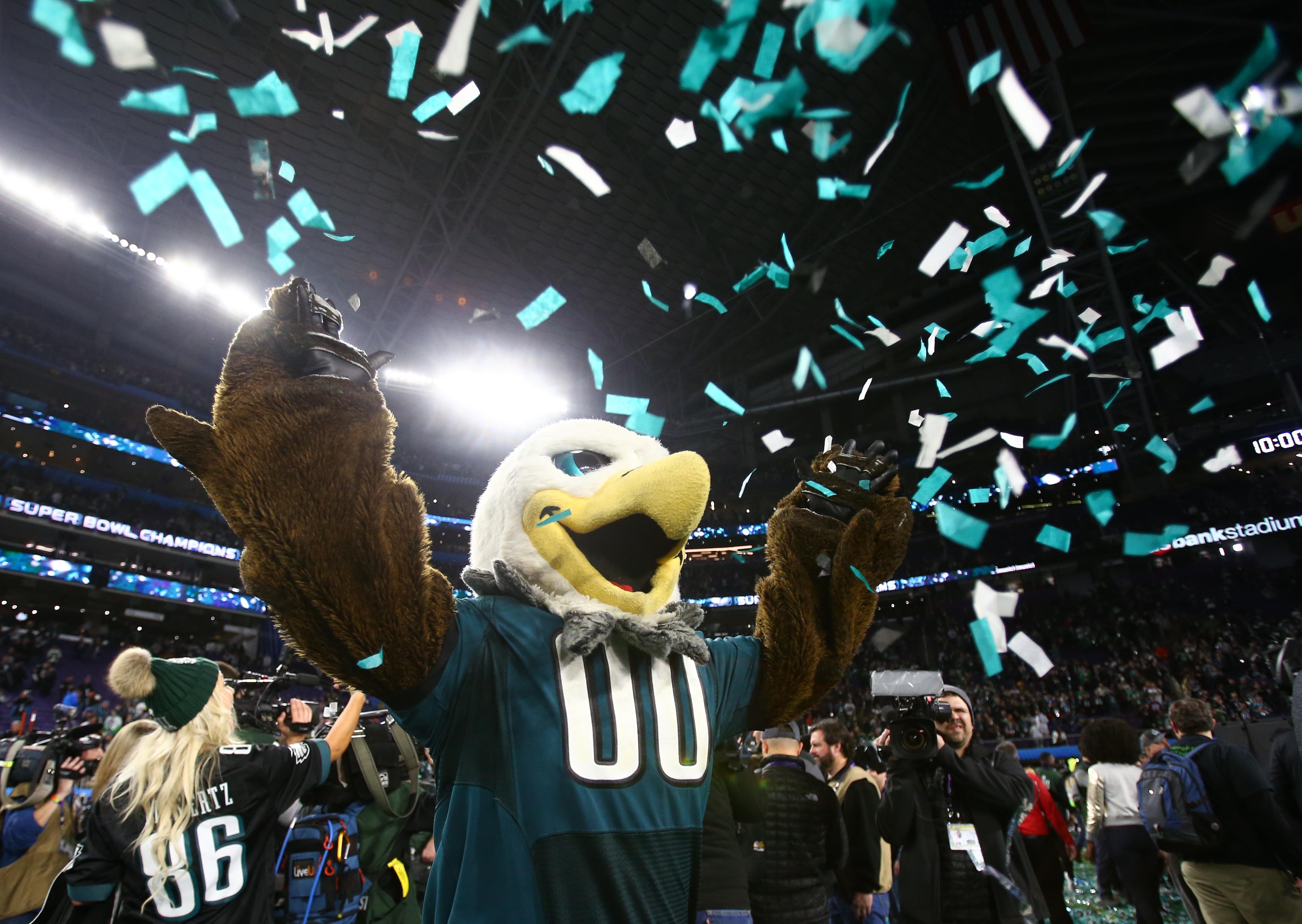 Keeping up with Eagles dish...

Some new stuff from the EYE inkwell:

DE Brandon Graham is recovering from some kind of surgery to help his high-sprain ankle suffered in the Christmas Night game with the Raiders to heal faster. Welp, that’s one way to get out of boring OTAs next week. Just kidding, he should be fine and ready to go by Training Camp.

Then we learn that DE Derek Barnett had sports hernia surgery performed on him back in late February. Huh? So both defensive ends in the game at the turning point of the Super Bowl were playing through injuries? I guess we and the New England Patriots were left in the dark. By now Barnett is fully recovered and will have no injury excuse to miss OTAs.

Then, with LB/STs Bryan Braman and Najee Goode GONE, the Eagles added a free agent linebacker who specializes in the dirty work of kick/punt coverage and FG defense. They picked up former Atlanta jack-of-all-trades LaRoy Reynolds. Reynolds, 27, is 6-1, 240. Has 4 career starts at linebacker in 5 seasons. Averaged 17 ST snaps/game last year. Depth LB, but gives athleticism on STs. Will have to earn spot in rotation among LB crowd. But….~BROZ likes him!

To make room for LaRoy, the Eagles waived safety Dominick Sanders. I’m sure Sanders is just thrilled with that move.

And maybe you’ve already heard, but the Eagles are giving a tryout to our old pal Cedric the Intertwiner— DT Cedric Thornton’s long-term contract deal with Dallas in 2016 didn’t work out, and he spent last season in purgatory with the Buffalo Bills.

Trying to keep up with Jimmy Kempski over at PhillyVoice.com, I mined some of his recent conversations with fans who are asking him a lot of questions. Here is a sample:

Q. Reading the signs, what is the % probability that Howie re-signs 3rd Safety Corey Graham?
A. I’ve been saying since like March that it would make sense that they bring him back if they didn’t take a safety reasonably high in the draft. And they still have his number available, so…

Q. Let’s say Carson Wentz becomes this year’s 2017 Andrew Luck. How many wins does this Eagles team get with Foles for an entire season?

A.  Are you asking how many games can they win if Wentz doesn’t play at all?

It’s a great roster, clearly. I still think they’d win a lot of games, and would maybe still even be favored to win the division. Gotta think another Super Bowl run would be unlikely though.

4. 1 (and it would have to be a garbage team that I’d think would end up having a high pick).

Q. Really hope Jordan Mailata sticks around–already seems like one of the more entertaining interviews on the team. What are the odds he’s still an Eagle in 2 years?

Q.  Not sure I agree with you about the team having the best OL depth in the league. Besides Vaitai at swing tackle, who else is there to feel even remotely comfortable with?

A.  I said they have the best (starters + depth) in the NFL, not the best depth-only. I really can’t speak intelligently on the depth of 31 other teams, though I will note that every team in the league (other than the Eagles) has some kind of hole in their starting 5. Without doing some kind of deep-dive into the topic, I’d still say the Eagles have better depth than most with Vaitai, Seumalo, and Warmack.

Q.  Corey Clement paces Eagles in rushing and total yards from the RB position. Personally, I think he looked like a stud in the playoffs. Can he make a year 2 jump from contributor to the future of the position?

A.  I think Ajayi is going to get way more rushing opportunities. I suspect he’ll see a much bigger workload this year, and then the team will let him walk next offseason. Clement will certainly have an important role though.

Q.  If you were to start a team today, who would be the top 5 Quarterbacks you’d go with (in order)?

A.  Oof. That would require some thought. But in no particular order, I’d go Rodgers, Wentz, Ryan, and then I might take my chances on some immediate gratification over the next 2-3 years with Brady, and to a lesser degree Brees. Wilson, Cam and Goff would be in the neighborhood too.

Q.  According to Spotrac we are $220k over the cap with the Top 51. OTC has us about $900k under, but they haven’t added the signing bonus for Dallas Goedert and 2 other rookies. Seems the only restructure options that haven’t been done are Fletcher Cox and Jenkins.

Q.  If you had to go with your gut feeling who do you believe will be the CB starters game one?

A.  Darbs and Mills. Mills kicks inside to the slot in nickel, and Jones comes in and plays outside.

Q.  Jimmy, even though a first round pick has the best odds of succeeding, with the draft generally being a crapshoot, do you think it would be a better strategy to trade out of the first round every year and amass a stockpile of picks in rds 2, 3, 4, etc? Seems to me the odds of getting it right are better if you draft multiple early round players instead of just one first rounder…

A.   I do not adhere to that philosophy. I think this year was a prime year to trade out, because the guy you might get at 32 wouldn’t be much different than the guy you get, at say, 49, ha. And that’s kind of what happened. Plus they needed extra picks.

But the odds of a 1st round pick hitting, particularly top 20, are substantially higher than players taken later. And those top 20 type of guys can be IMPACT players, where the likelihood of finding impact players later on are far lower.

Q.  Eagles are set with talent in 2018, but I’m concerned about the DL going forward. Graham, Bennett, Long and Ngata are all over 30. Jernigan has a concerning injury. Eagles rotate so heavily that you could say they’ll need 5 new starters over the next few years. AND, they have to do it cheaply because good FAs are too pricey with Wentz’s deal upcoming. How do they rebuild this important strength?

A.  Yep, fair long-term concern, and that’s why I think the Sweat pick made so much sense. I will note that the 2019 NFL Draft is LOOOOOAAAAAADED with defensive line talent. Loaded. And they potentially have 11 picks as of right now. They will no doubt be looking at DL in next year’s draft.

Q.  With Bradford’s wonky knee, if he goes down, will Arizona go with Rosen or would they call Howie about Foles? What is a fair price – a 2nd and a 3rd?

A.  The Cardinals ship has sailed. Re-focus your attention to Andrew Luck and Indy.