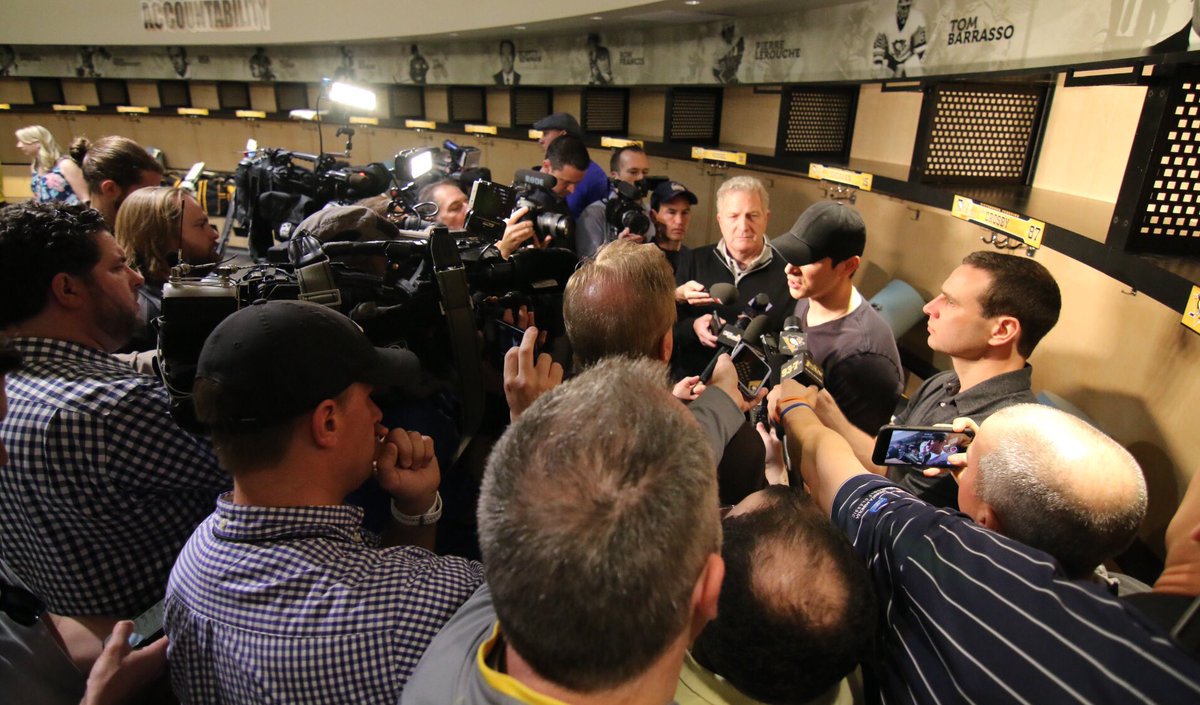 Are you a National Hockey League player struggling for acceptance from your team’s local media and fan base? Have you been described as enigmatic despite a statline that should command first line contracts and endless praise? Do you find yourself receiving words of praise from your teammates, but pundits seem to already have your bags packed in a trade that would only happen if your general manager was “Pistol” Pete Chiarelli?

Well, I’m Pat Damp for Pensblog and I have the solution you’ve been looking for!

Today, I present you with three easy steps to becoming a media and fan-favorite! For just four payments of $420.69, you too can own “Fix-A-Quote” a time-tested, guaranteed method to get you in the good graces of Super Geniuses, Twitter thumbs and blogs with flawless business models!

Now, if you’re a #GoodCanadianBoy, this need not apply, but for you enigmatic Russians, lazy Americans and soft Europeans, we’ve got you covered!

Look at him, just look at him. So serious, so focused, so leadership. This is what you need to be: give canned quotes about hating to lose, being focused on one game at a time and always, always keep your composure no matter what happens.

Don’t worry that you haven’t said anything in that 150-word quote you just gave, it’ll keep the morning radio contingent happy that you gave them the 30-second soundbite they needed to keep them from saying “the F word” live on air!

And always make sure to constantly give cover to repugnant human beings.

Step 2: Just Have Some Personality!

So, you can’t be Jonathan Toews, that’s understandable! If you can’t be Captain Serious and you aren’t a superstar or have serious shortcomings, make sure to have plenty of personality!

Are you a goaltender that had a sub-.900 SV% in 50% of your playoff appearances? Make sure you smile, tell jokes, give quotes and get sent to a low-risk, high-reward environment!

That’ll have everyone white-washing your past.

Now, this is a big one. Obviously everyone loves a player that blocks shots, tells the boys “let’s go” on the bench and “does the little things.”

Nevermind that in the past few seasons, your opponent seems to be getting equal to or more high-danger chances as your team when you’re on the ice, you lost some teeth once and joked about it with the local scribes.

Ah damn, I let advice from my “How to Not Be an Off-Season Maniac” product bleed into this one, but we’ll persist.

It’s okay to be happy for Marc-Andre Fleury and the Golden Knights incredible run thus far. It seems like he’s exorcised his playoff demons and has been an absolute wall for Vegas. With that said, to completely ignore his failings as a Penguin and pine for him to take over for a 23-year old that’s lost one (1!!!!) playoff series in his career is to be willfully ignorant. He may have not been *the* reason the Penguins didn’t win the Cup between 2010-2015, but he certainly didn’t help.

Trading a guy that just had a career year because “his value has never been higher” is a Pittsburgh Pirates mentality. This isn’t the MLB, Phil Kessel isn’t going to be snatched by the Boston Red Sox or New York Yankees because they have deeper pockets than the Penguins, there’s a hard (phrasing) salary cap and that can’t happen. He’ll come back healthy next year and do either something similar or on par, because that’s what Kessel does.

Ian Cole was an integral part of the Penguins back-to-back Stanley Cup championships, but he wasn’t the invaluable defenseman he’s been made out to be. The Penguins PK in 12 playoff games went 83.3%. He helped, but he was able to be replaced with a blue line featuring Kris Letang, Olli Maatta, Justin Schultz, Brian Dumoulin and Chad Ruhdwedel.

We only get about 2.5 combined months of sunshine round these parts, go enjoy it.

Mike Sullivan and Jim Rutherford will have the boys ready to go for camp in September. Until then, root for chaos in the rest of the playoffs.