Smoak On The Water 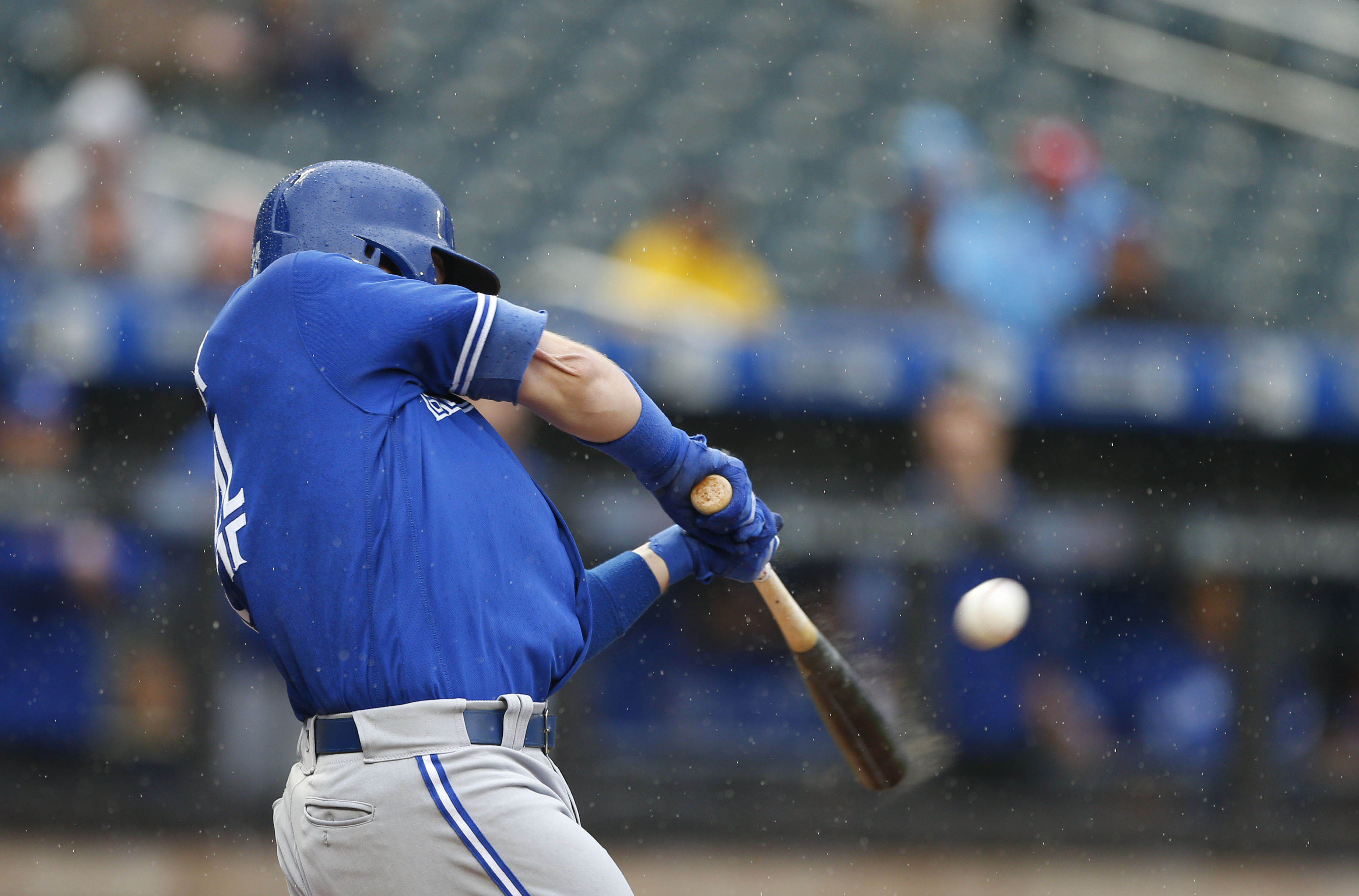 Smoak On The Water

There was an 18 minute delay in Wednesday’s Blue Jays/Mets game so that J.A. Happ could get more Diamond Dry on the mound. Once the grounds crew brought out the bags for the mound, they figured “well why not bring more bags out for the infield”, even though they had just poured the stuff on the infield during the previous inning break. Then the Blue Jays decided “well we have to get on a plane back to Toronto after the game and we don’t want to be sicker than we already will be, so we’re going to go into the dugout for a few minutes.

All of this contributed to 27 minutes in between Zack Wheeler pitches. Before the break, he was good. After the break, he wasn’t the same, and the Mets lost 12-1 on the backs of six Blue Jay runs off Wheeler, including a homer and a double by Justin Smoak. My instinct is to blame somebody. You see, it was the first time since interleague play was incorporated in 1997 that the Jays won a game in Queens. This was a streak that lasted twenty-one years, and Mets fans have held this streak dear to our hearts ever since we learned of this streak yesterday. So I need to take this out on somebody.

But who? Do I blame the manager for sending Wheeler back out after the delay, taking a decidedly less cautious path then he did with Jacob deGrom on Sunday? Or do I blame Wheeler, because everybody had to play, and has to play in less than ideal conditions sometimes? Or how about the lineup only squeezing out four hits (though we knew it would be a tough go against Happ on the short turnaround)?

You could blame Mother Nature if you want, but something tells me she doesn’t give a shit.