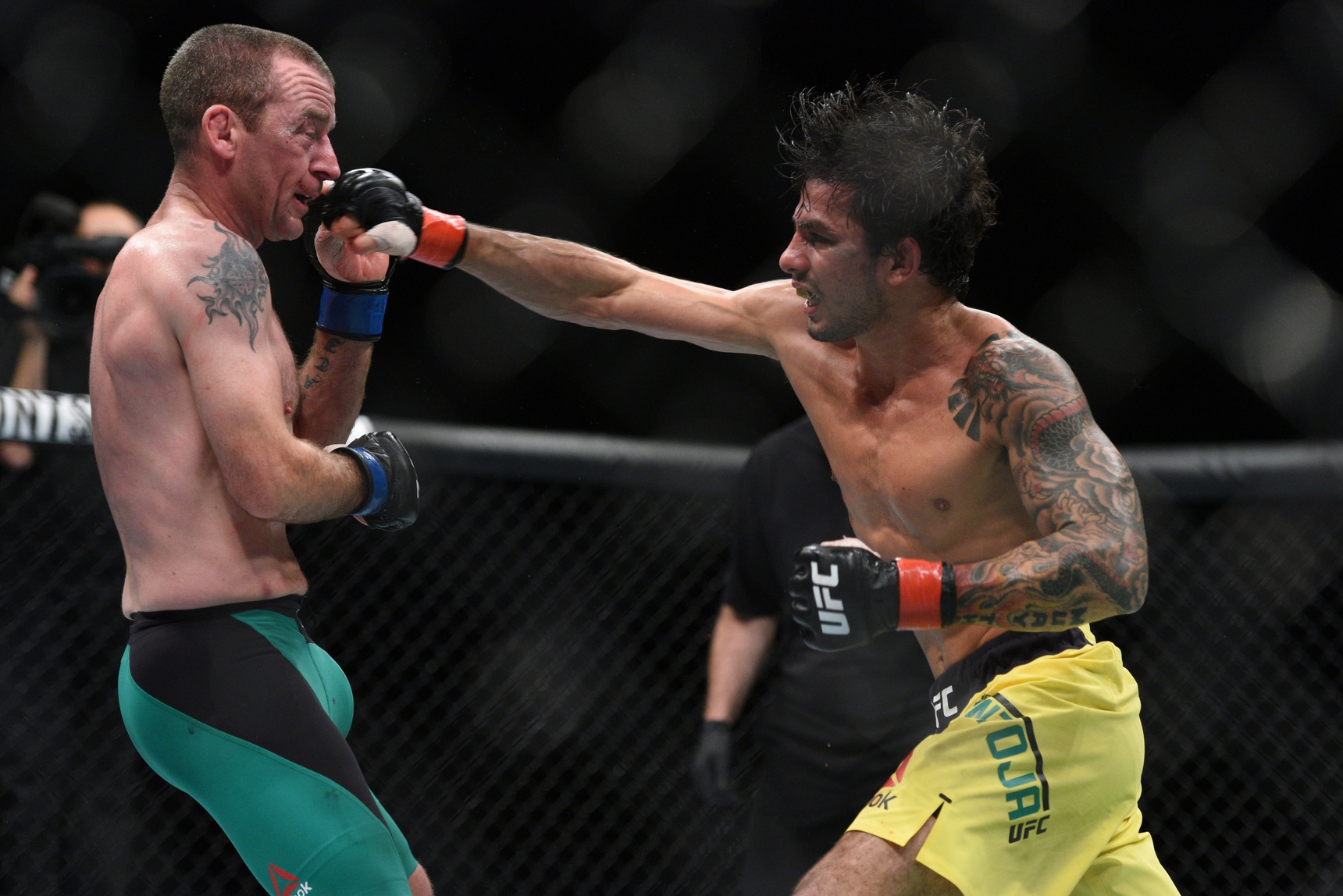 Over 200 fighters have graced this column over the last half decade. However, very few have the accolades that this week’s Prelim Breakout Star has. Yet he, like many deserving fighters, finds himself on the early portion of this weekend’s show.

Quickness is probably the first thing that comes to mind when looking at why Alexandre Pantoja is so successful. He’s quick in his transitions between grappling positions, he’s quick on takedown entries and he’s quick with his jab. If allowed to grapple, this quickness allows him to pounce on any errors made by his opponents. You can see this in his seven submission victories, including three of his last four wins.

Pantoja came into the TUF Champions season as the number one seed. However, he got outworked in the semi-finals by a tough Hiromasa Ogikubo. As a result, a lot of his fanfare went by the wayside. Plus, when he had just about gotten people back on board of his contender status, he dropped a fight to Dustin Ortiz, sending him back to square one.

If you look at Pantoja’s last two losses, it’s clear where his weakness lies; he has trouble with fighters who can control him and stay safe on the ground. Both Ogikubo and Ortiz have a solid wrestling base and the ability to stay away from subs when on top. Brandon Moreno is not nearly as dominant when it comes to top game. In addition, these two met during TUF and Pantoja showed what he is able to do to him by submitting him with a rear naked choke. While Moreno has certainly improved, the style of his game is not greatly changed.