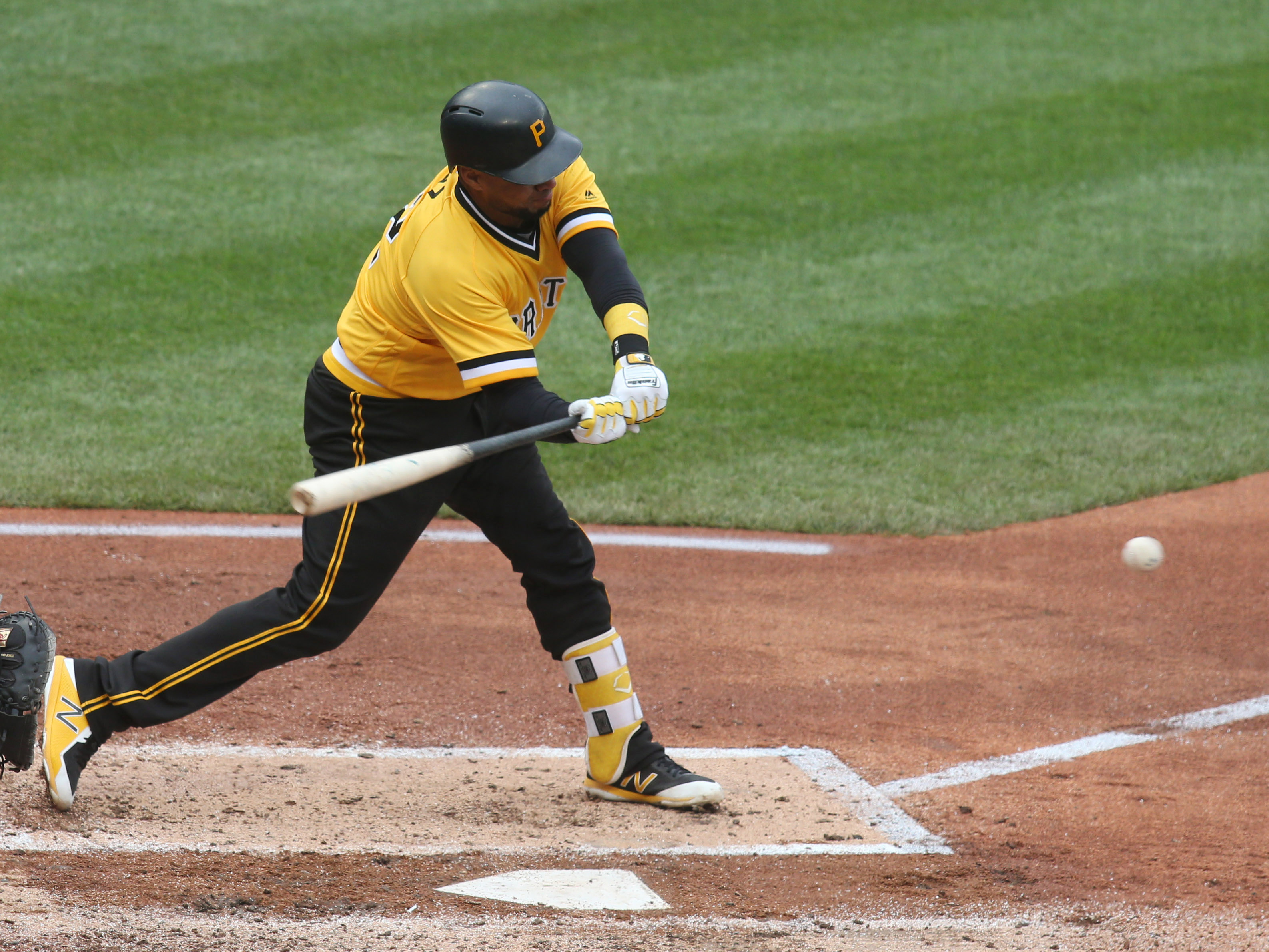 Pittsburgh Pirates’ backup catcher Elias Diaz has been phenomenal this season.  In 52 plate appearances, Diaz is hitting .383/.442/.553 with two home runs and two doubles.  He has walked as many times as he has stuck out (5).

The sample size is obviously small, but Diaz is currently fourth on the Pirates in fWAR and seventh in bWAR.  He has appeared in 19 of 43 games this season.  Other bench players like Adam Frazier, Sean Rodriguez, and David Freese have appeared in 39, 31, and 29 games respectively.

Diaz is the backup catcher.  Getting consistent playing time for a backup catcher is difficult.  They generally do not get substituted into games as they are the last resort if the starting catcher gets injured.  At bats are far in few between.  The fact that Diaz has been so productive with such little opportunity is a feat in itself, especially when considering that he doesn’t generally play more than once a week.

Francisco Cervelli played the best ball of his career so far in 2018, so there really isn’t much opportunity for Diaz behind the dish besides the occasional day after night game.

How can the Pirates get creative to get Diaz more playing time?  Is it even possible?

Right now, the Pirates’ bench consists of Rodriguez, Freese, Frazier, Diaz, Jose Osuna, and Max Moroff.  Yes, I consider all of these players as bench guys as Josh Harrison will return sometime next week to assume his starting role.

Rodriguez can adequately play any position on the diamond besides pitcher and catcher.  Freese and Osuna are corner guys.  Frazier and Moroff generally play up the middle.  One player will be sent down when Harrison returns, I would guess that Moroff would be the odd man out.

If the Pirates called up a third catcher, Jacob Stallings would be the man.  They would then need to send somebody else down, perhaps Osuna or Frazier.  I would guess Osuna because Frazier is more flexible on defense.

The question becomes, is it worth sending down Osuna and calling up Stallings just to get Diaz a few more plate appearances via pinch-hitting?

Probably not.  Although Osuna isn’t great with the glove, he is still more flexible on defense than both Diaz and Stallings.  In terms of hitting ability, I’d consider Osuna and Diaz to be a wash.

Give Cervelli the occasional start at first base

Francisco Cervelli has played 49 career innings at first base, including nine with the Pirates in 2016.  He is inexperienced at the position.  That said, guys like Buster Posey, Jonathon Lucroy, and Joe Mauer have made the transition to first base to ease up on their workload behind the plate.  Catchers usually do not have much of a problem transitioning to first base as it is a much less demanding position.  Cervelli would be a great candidate to do so as well considering his injury history.

If Cervelli occasionally started at first base, it would give Diaz a few more opportunities to start at catcher.  Cervelli would then take less of a beating and would still act as the backup catcher while playing elsewhere.  Josh Bell would get some extra rest.  Bell has appeared in every game this season.

Right now, the Pirates have a good problem.  Almost everybody is hitting and there really aren’t enough at bats to go around.  In Diaz’s case, he is stuck as the backup catcher and can’t play any other position.  Cervelli is raking and needs to be in the everyday lineup.

Diaz has never profiled as a hitting catcher.  Nobody expected the production he’s generated this season.  Once again, the sample size is small.  But if he keeps producing like he has, it will be harder and harder to keep him in his current role.

For now, the Pittsburgh Pirates should consider giving Cervelli some starts at first base.  This would both extend his longevity and give Diaz a few more opportunities.