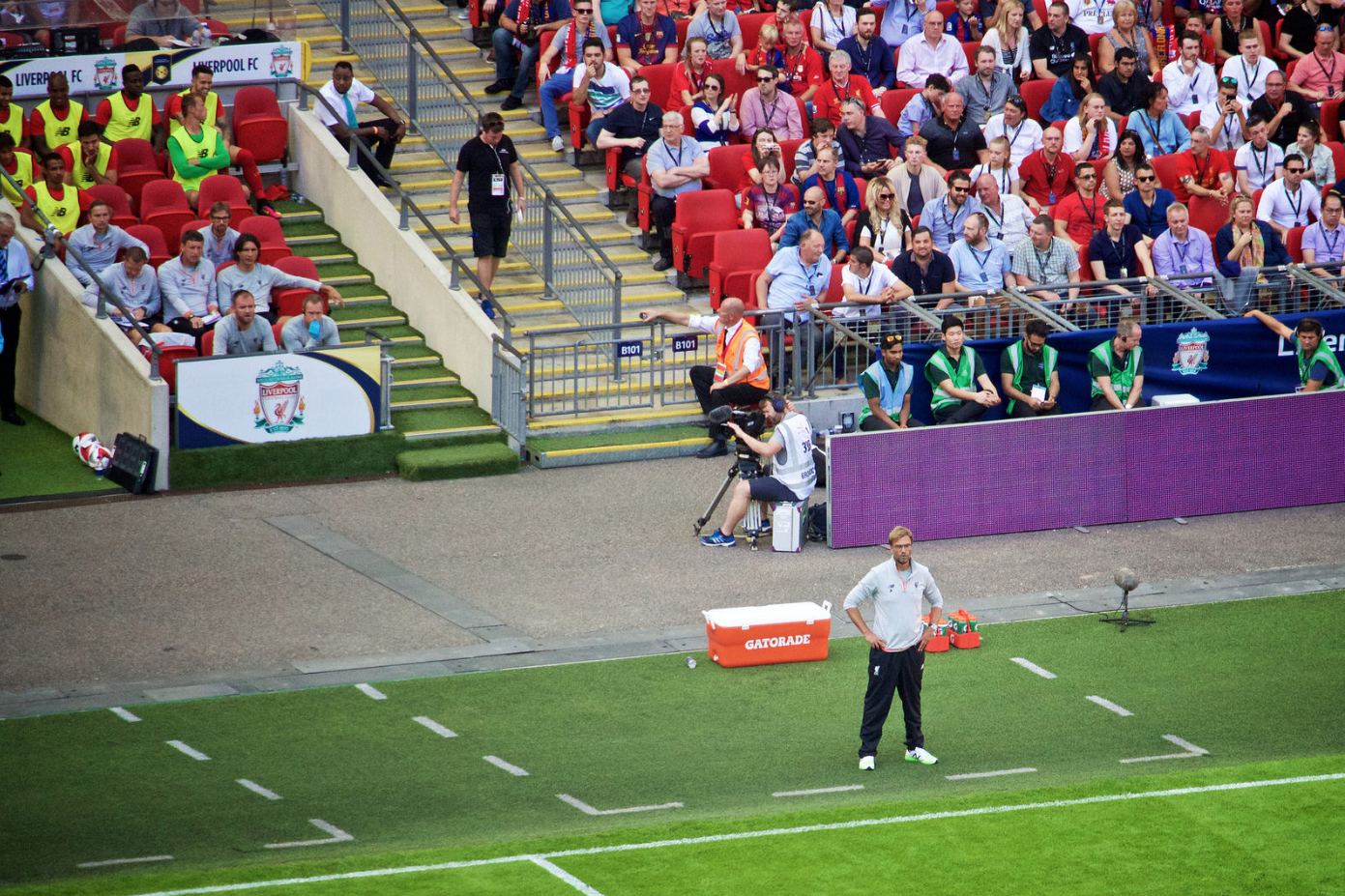 Who’d bet against a free-scoring Manchester City retaining the Premier League title next season? The only trouble is the champions aren’t much of a price to successfully defend their crown.

Pep Guardiola only talks about making the odd signing or two over the summer to build on the success his coaching methods and style of play has brought to the Etihad. The best challenge, if the market is any indicator, is said to come from the former Bayern Munich boss’ one-time Bundesliga rival, Jurgen Klopp and Liverpool.

Under the charismatic Klopp, Anfield has witnessed some truly remarkable attacking football this past season, through a front three that netted 90 goals in all competitions. Not even Man City’s main four forwards – Raheem Sterling, Leroy Sane, Gabriel Jesus and Sergio Aguero with a combined tally of 84 – could match that.

Yet with 100 points and over 100 goals in the Premier League, City were well clear. That’s because their midfield maestros Kevin De Bruyne and David Silva also reached double figures across all competitions.

Goals from the middle of the park weren’t so plentiful at Liverpool but, that area apart, there’s actually little room for improvement elsewhere for Klopp.  This is reflected in them being prominent in the Sportsbet outright Premier League betting at around 5/1.

Defensive difficulties a thing of the past?

One criticism that has been regularly levelled in the direction of Anfield in recent years is the defence isn’t solid enough. The days of Sami Hyypia, Jamie Carragher and Daniel Agger are long gone and the current players have found their shoes too big to fill.

Liverpool actually kept 17 Premier League clean sheets – the same as champions Man City – with about half of that total coming after the signing of £75,000,000 winter purchase Virgil van Dijk. The emergence of right-back Trent Alexander-Arnold that has resulted in a call-up to England’s World Cup finals squad is another plus, though Klopp has also been prepared to use his squad in full.

That even extended to the goalkeepers. Both Loris Karius and Simon Mignolet played half the season each in the Premier League. That’s an unorthodox approach with settled first choices protecting the posts at almost every other club.

Conventional wisdom has it that Klopp doesn’t know his number one and rumours are likely to resurface linking Liverpool with Jack Butland from relegated Stoke City. Stats say chopping and chasing between Karius and Mignolet hasn’t been an issue. The case for the defence is they’re not so bad after all.

Egypt star Mohamed Salah swept all the major Premier League player awards as well as grabbing the Golden Boot as top scorer at a canter. If ever Chelsea should have egg on their faces over letting a talent slip through their fingers, then it’s surely with him.

Salah set a new record in a 38-game Premier League season for goals hitting the back of the net 32 times. He not only stepped into the shoes of the departed Philippe Coutinho, who joined Barcelona for big money in January, but he has seemingly banished all memory of the Brazilian from Anfield.

When Liverpool let an influential player go in the past – Fernando Torres and Luis Suarez immediately spring to mind – they suffered as a result. Coutinho’s exit from Merseyside has barely been noticeable.

What Salah, alongside Roberto Firmino – a false nine no longer – and Sadio Mane, must continue to do is score goals. The way he has torn the Premier League up this term suggests he’s not a one-season wonder. Now Klopp must ensure it and he’s bound to get closer to City. 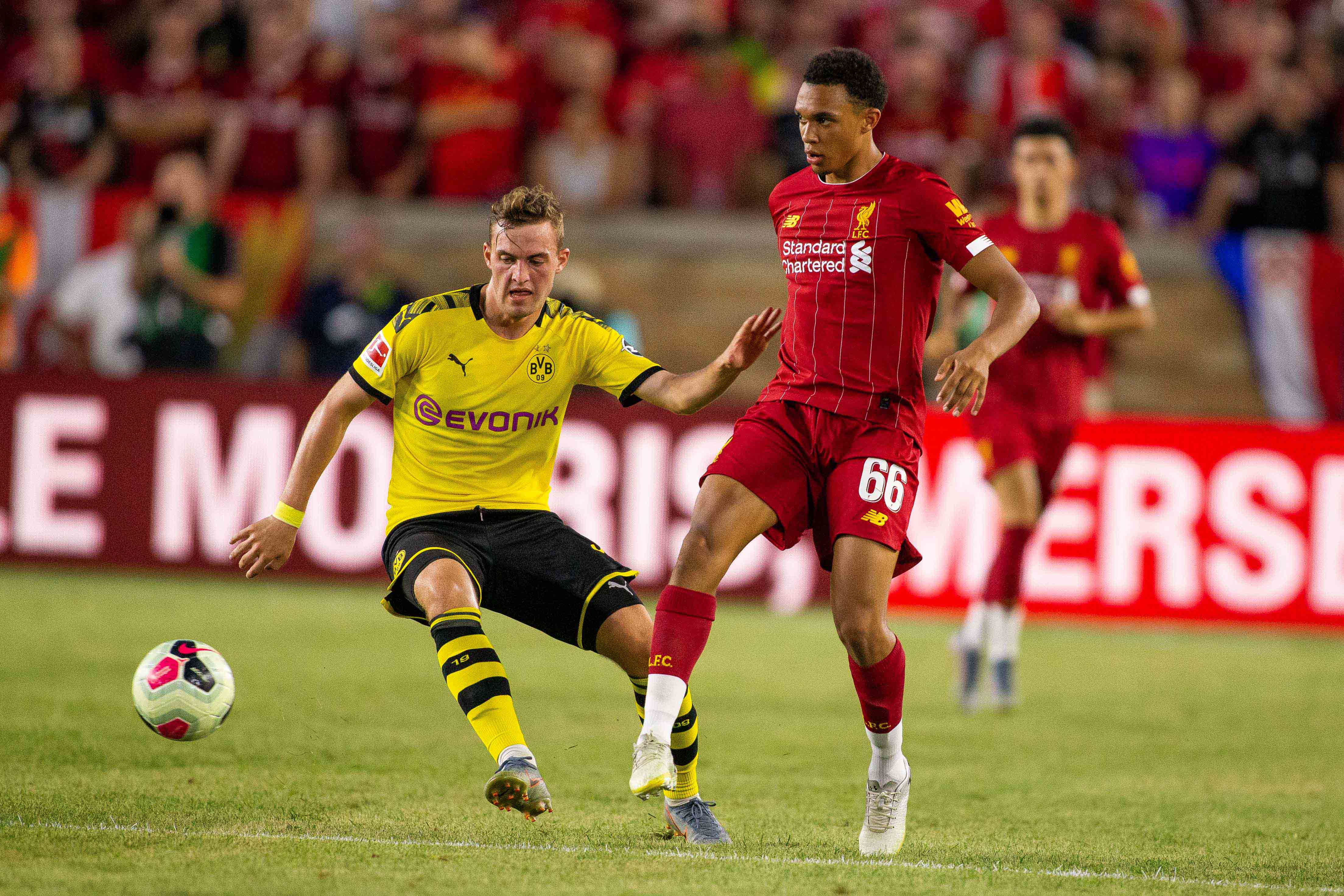