Cubs, Reds get into benches-clearing altercation 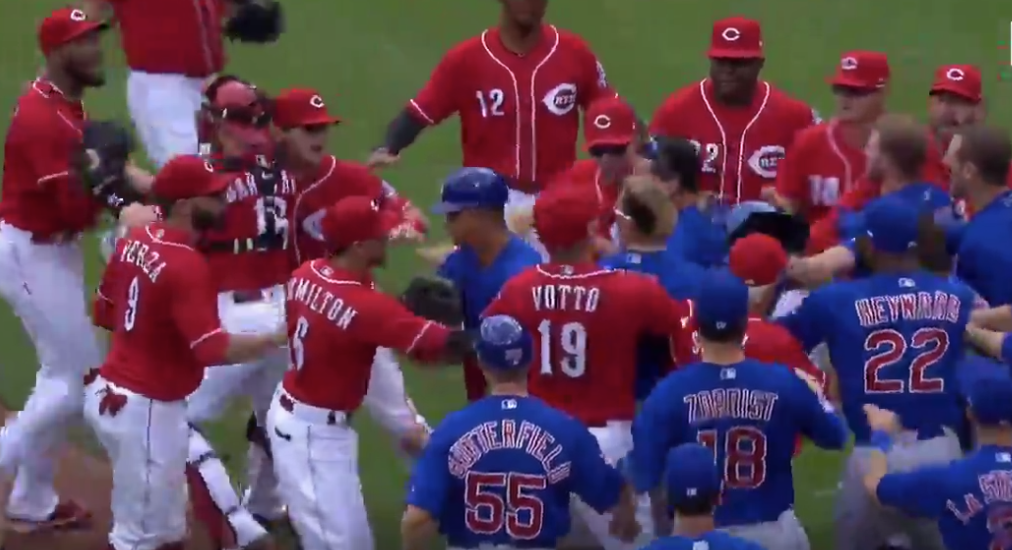 Cubs, Reds get into benches-clearing altercation

The Cubs and Reds aren’t too far apart geographically, so the Chicago faithful has been known to invade the Cincinnati bleachers over the years.

Sometimes altercations break out in the stands, and the animosity has been known to spill over onto the field.

That’s what happened during the seventh inning of Saturday’s game, when Javier Baez struck out. Amir Garrett began talking trash to him, and that didn’t go over well with Javy. Things got heated, and benches eventually cleared, with a shoving match breaking out.

The Reds and Cubs were having so much fun they decided to get everyone involved on the field #BenchesCleared pic.twitter.com/zJZDb9ItLM

Kris Bryant laughing and smiling his way through a benches clearing situation is precious pic.twitter.com/zLxNAXIjKA

No one was ejected, and no one needed to be. The altercation ended as quickly as it began.