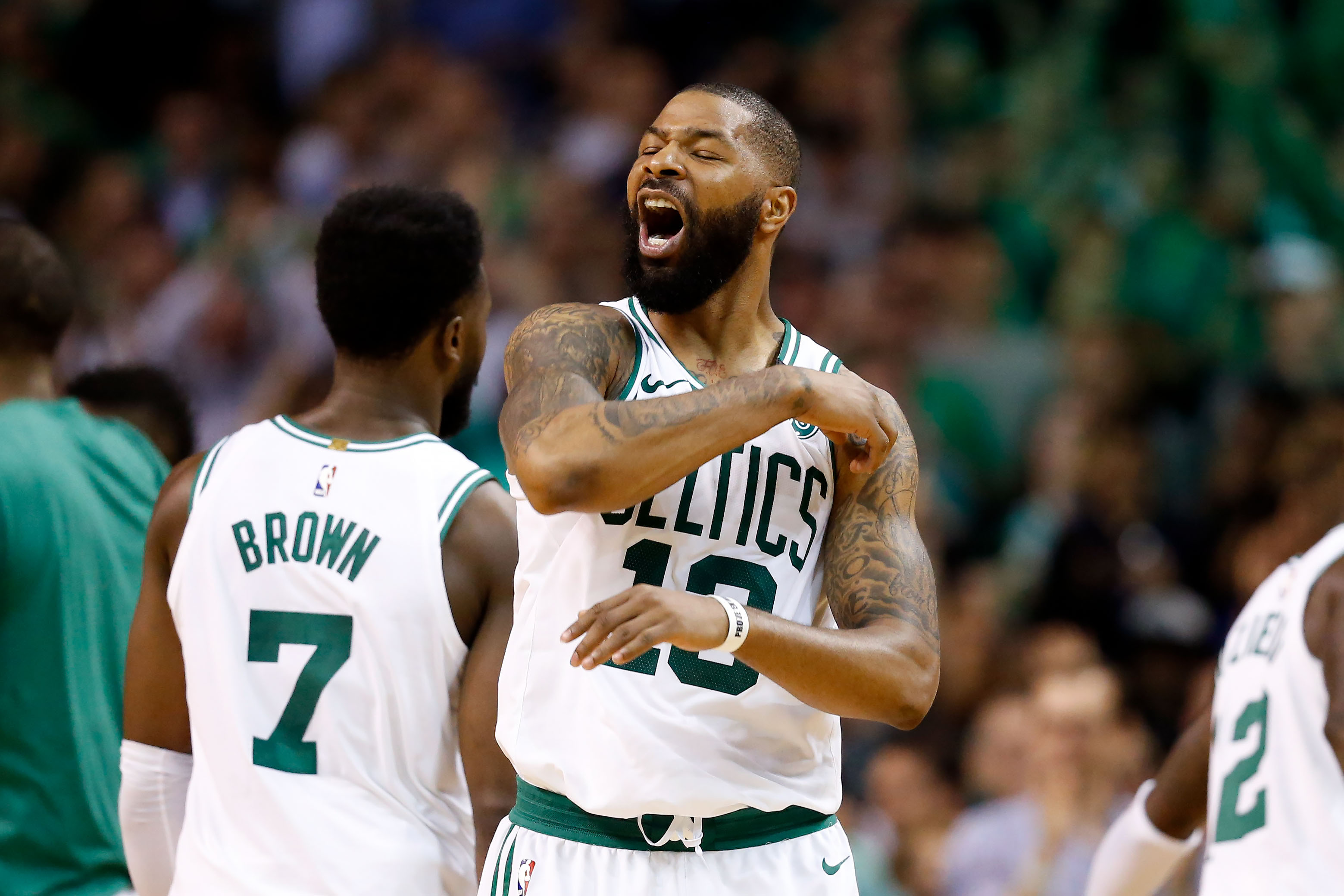 Marcus Morris did a great job defending LeBron James in the first two games of the Eastern Conference Finals, and he did so by using his length and by playing physical.

The success against James dwindled in Game 3 on Saturday night, but Morris’ physicality and activity on the defensive end did not.

But he may have wanted to tone it down — just a bit.

Morris was hit with a technical foul in the third quarter after arguing about a personal foul he was whistled for while guarding James. It did appear that he had a good case, but the officials were not interested in hearing it.

Not only that, Morris had already been called for two quick fouls before that, which gave him a total of three personal fouls and one technical, in a spain of only 32 seconds.

That’s hard to do, although it did seem like the officials really didn’t do Morris any favors on that sequence of events. Those were some weak calls.