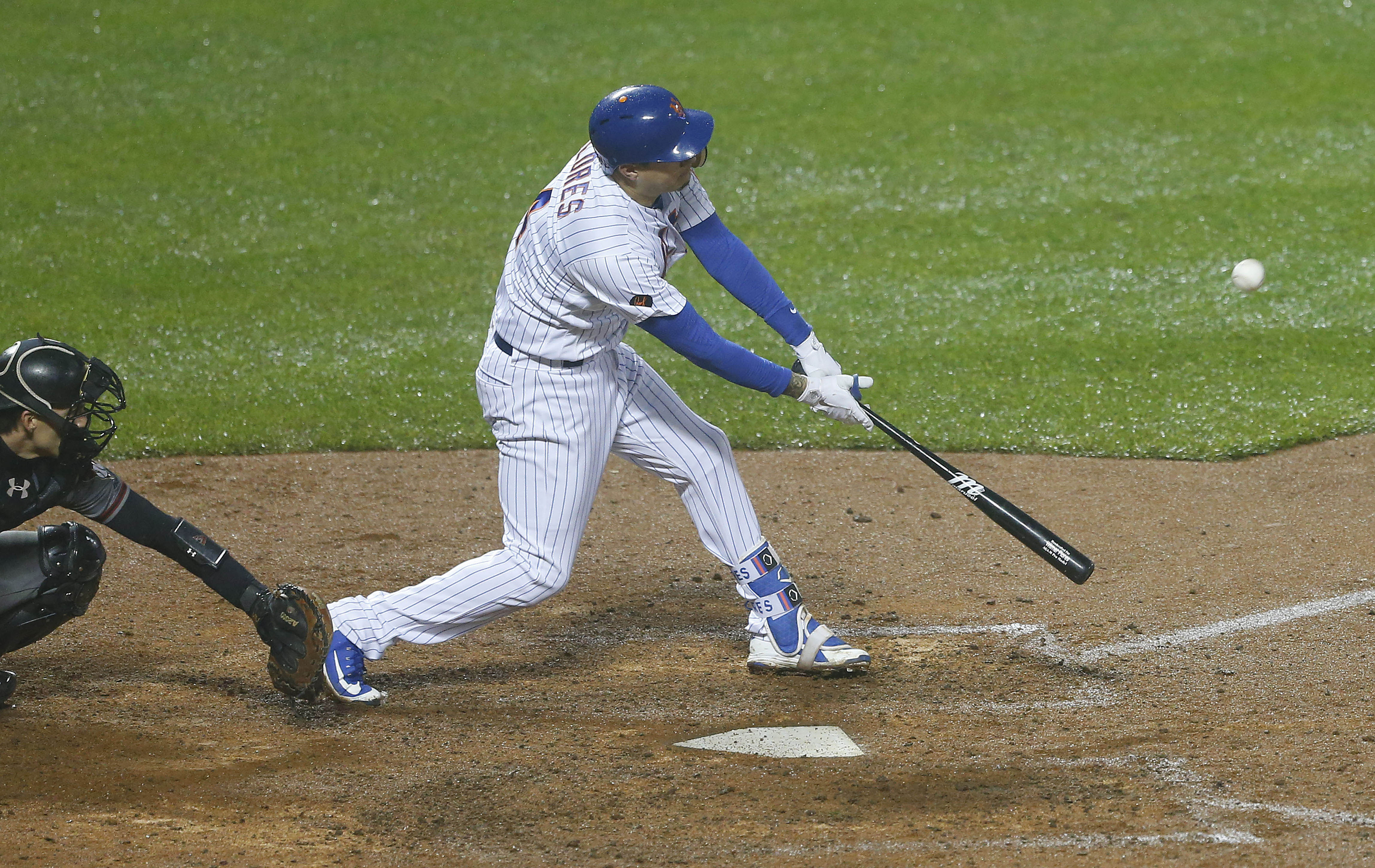 The New York Mets hadn’t won consecutive games in over a month entering tonight’s contest against the Arizona Diamondbacks. It looked like that streak would continue again tonight, when Arizona carried a 4-2 lead into the eighth inning for top reliever Archie Bradley. The Mets (22-19) overcame the odds, scoring twice in the eighth to tie it and scored a 5-4 win over the Diamondbacks (25-20) thanks to more walk off heroics from Wilmer Flores.

The Diamondbacks drew first blood in this one, when former Yankee John Ryan Murphy picked up an RBI single off of Steven Matz in the second inning. The Mets picked up Matz in the bottom of the inning, when Michael Conforto launched a two run homer (4) off Diamondbacks’ starter Patrick Corbin to give the home team a 2-1 lead. Corbin ran into more trouble in the third, walking the first two batters of the frame, but the Mets couldn’t capitalize and extend their lead.

Arizona made them pay for that failure in the fourth, when Paul Goldschmidt tied the game with a solo shot (5) off Matz. Matz compounded his troubles by putting a man on ahead of Murphy, who launched a two run blast (4) of his own to give the Diamondbacks a 4-2 lead. The Mets would pull Matz after the frame, with his final line totaling four runs on six hits in four innings of work. Matz walked only one and struck out two, but the shaky performance was a clear step back after solid performance in his most recent starts.

It looked like the Diamondbacks would make that lead stand up after the Mets continued to miss out on opportunities to get back in the game. Corbin got chased in the sixth after loading the bases with one out, but Jose Reyes popped out and pinch hitter Adrian Gonzalez flew out to left to end the inning.

The score would stay the same until the eighth, when Bradley entered to protect a 4-2 lead. Jay Bruce led off the inning with a hit before Devin Mesoraco pounded a hanger into the left field seats for a game tying two run homer (4). After Jeurys Familia (W, 2-1) retired the side in order in the ninth, the Mets had the top of their order up in the bottom of the frame. Brandon Nimmo was first up against lefty Andrew Chafin and led off with a double, his first hit of the year against a southpaw. Asdrubal Cabrera then followed up with a perfectly executed bunt to reach base, putting the winning run at third. After a mound visit, the Diamondbacks chose to have Chafin (L, 0-1) pitch to Wilmer Flores. Despite his recent struggles against left handed pitching, Flores took a good pitch and lifted it to left for a sacrifice fly to plate Nimmo and give the Mets a win.

Today’s Player of the Game Award goes to Mets’ first baseman Wilmer Flores. Flores drove in the winning run in the ninth inning as a solid capper to a 1 for 4 night.

The Mets will look to break out the brooms and complete a three game sweep of the Diamondbacks tomorrow afternoon. Noah Syndergaard (3-1, 3.14 ERA) will take the mound for the Mets, while the Diamondbacks will counter with veteran right hander Clay Buchholz (0-1, 12.27 ERA in 2017). First pitch for tomorrow’s game is scheduled for 1:10 pm at Citi Field.