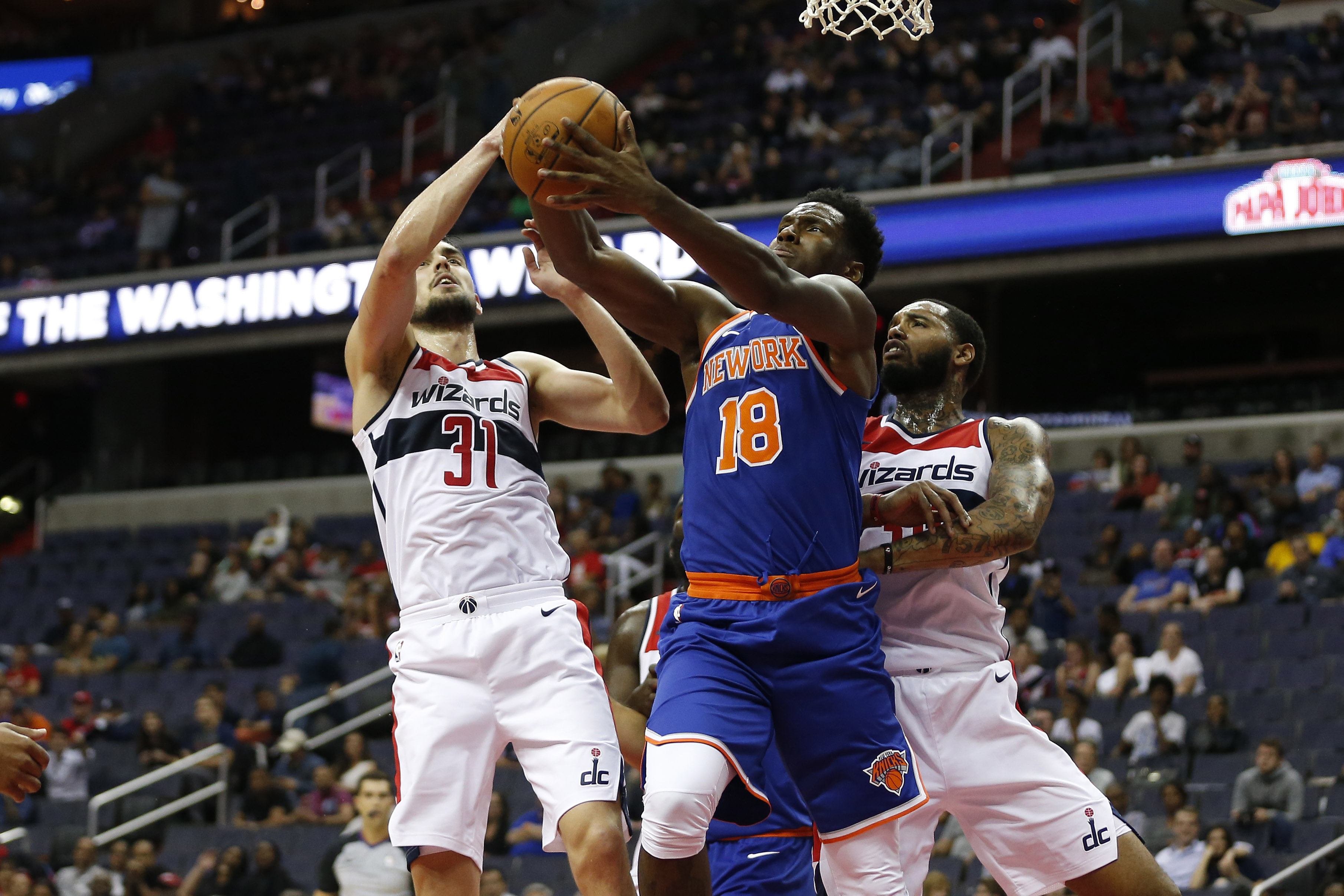 Whether it was a game winning shot or block, there were several plays during the 2017-18 season that stood out for the Westchester Knicks.

Here’s a look back at five of the most impressive ones.

Damyean Dotson spent a portion of his rookie season with the Westchester Knicks where he had many productive games and put together impressive highlights. In a meeting against the Long Island Nets, Dotson drove baseline and finished with the reverse slam.

Luke Kornet and Billy Garrett drained a few tough shots to end quarters during the season. In Westchester’s meeting against the Greensboro Swarm, the Knicks’ center soared in for a putback slam to close out the third quarter. In a match-up against the Raptors 905, Zak Irvin lobbed it to Kornet who tipped it in. Garrett closed out the third quarter with a tough jumper against the Erie BayHawks.

With a minute left in a tight game against the Delaware Blue Coats, Trey Burke drove by two defenders and finished off glass for the basket. Those two points not only tied the score at 108, but that basket gave Burke 41 points on the night. The five-year veteran finished with 43 points, which is a Westchester Knicks’ franchise record for points scored in a game.

A meeting in January between the Westchester Knicks and Austin Spurs featured two of the best teams in the NBA G League and that was evident with the game going down to the wire. Darrun Hilliard attempted a three-point shot, which would have sent the game into overtime. Isaiah Hicks closed out on Hilliard’s shot and made the block of the season. Westchester fought hard to nab a 95-92 win.

In his first game back following his stint with the Los Angeles Lakers, Nigel Hayes made his presence known. He scored Westchester’s first 13 points against the Raptors 905 and was on a roll throughout the game. With both teams locked in at 99 and five seconds left in the game, the ball fell to Hayes off a missed three-point attempt. The rookie forward connected on the game-winning baseline jumper and lifted the Knicks to their 23rd victory.