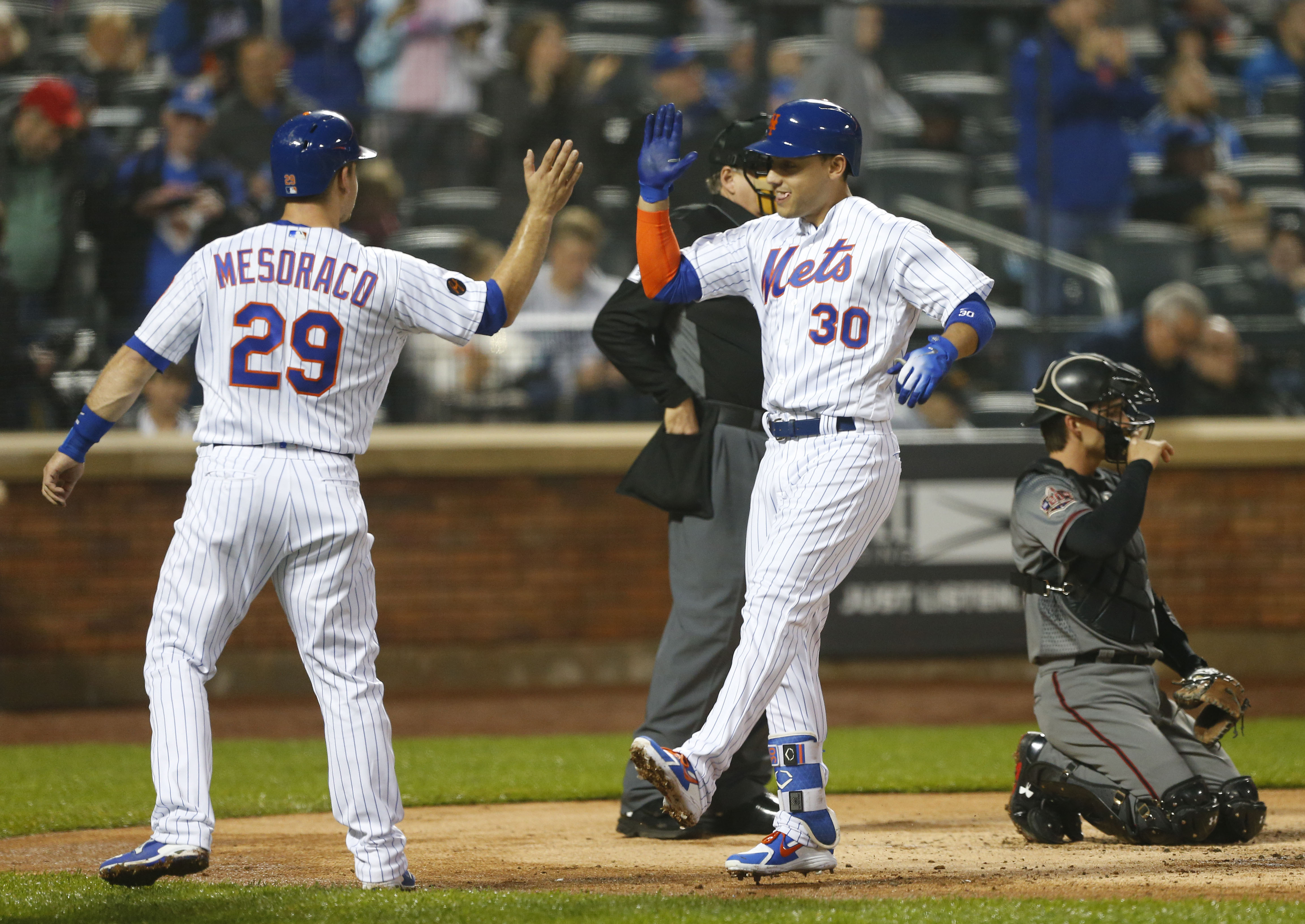 It turns out that the 10th time was the charm for the New York Mets (22-19). After failing in their last nine tries to win consecutive games, the Mets pulled off the feat last night, rallying late for a 5-4 walk off victory over the Arizona Diamondbacks (25-20). The Mets have now won the first two games of the series and will look to complete the sweep this afternoon. First pitch for the rubber game is scheduled for 1:10 pm at Citi Field.

The Mets will send right hander Noah Syndergaard (3-1, 3.14 ERA) to the hill this afternoon. Syndergaard didn’t last long in his last start, allowing two runs in five innings of work against the Toronto Blue Jays on Tuesday, but he earned a win after the Mets’ offense exploded for 12 runs in a rout of the Blue  Jays. The Diamondbacks will counter with veteran right hander Clay Buchholz (0-1, 12.27 ERA in 2017). Buchholz, who signed with the Diamondbacks on May 4th, is making a spot start for ace Zack Greinke. Greinke, who was originally scheduled to pitch today, was pushed back a day in order to get him extra rest.