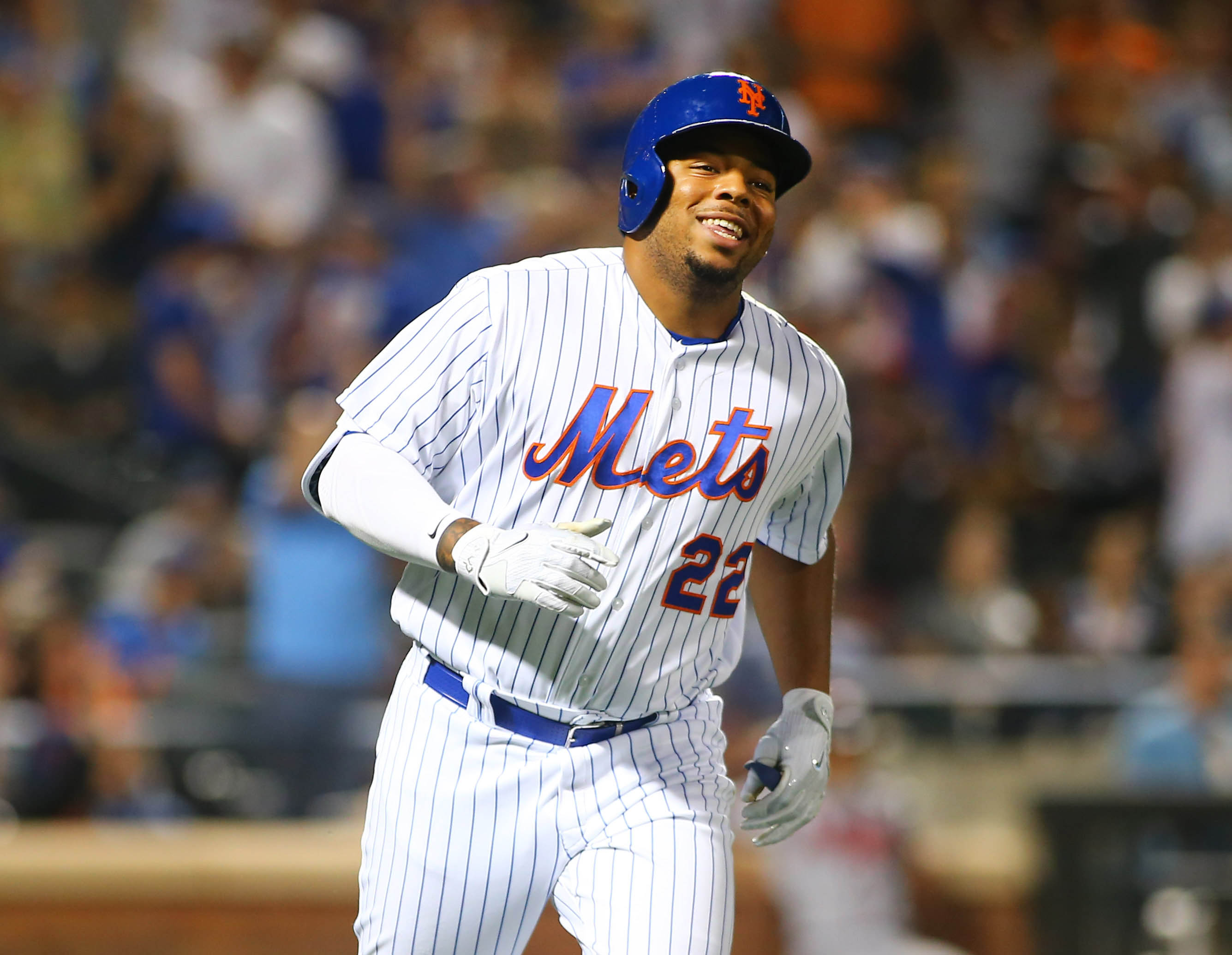 In case you missed it this week, the New York Mets are running low on outfielders. Yoenis Cespedes finally hit the disabled list with a hip injury on Wednesday, and two days later Juan Lagares was lost for the season with a torn ligament in his right big toe. The Mets went from a solid five outfielders to just three on the 40 man roster, leaving them in need of options. The current backups are infielders Phillip Evans, Jose Reyes, and Wilmer Flores, leaving the Mets in need of more outfield depth. If last night’s lineup for the Triple-A Las Vegas 51’s was any indication, the Mets may be going back to the converted infielder well soon.

The 51’s deployed first baseman Dominic Smith in right field last night, MetsBlog.com reports. This is the first time in Smith’s professional career that he has played the outfield, although there was speculation when he got drafted that Smith could play the corner outfield if needed. Smith, who entered play Saturday batting .291 with two homers and 17 RBI’s in 34 games, is currently being blocked at the big league level by Adrian Gonzalez. It’s hard to see Smith getting a look in the big league outfield unless the Mets suffer another injury or Cespedes takes a long time to heal, but this could open another path to the big leagues for the Mets’ 2013 first round pick.

If the Mets want to continue to build Smith’s versatility by getting him more time in the outfield, this could open the door for a Triple-A promotion for Peter Alonso. Alonso has mashed the competition at AA, batting .355 with 11 homers and 34 RBI’s in 40 games for Binghamton, but is limited to playing first base. Playing Smith in the outfield on a semi-regular basis could open enough at bats for the Mets to move up Alonso ahead of a potential big league call up later in the year.