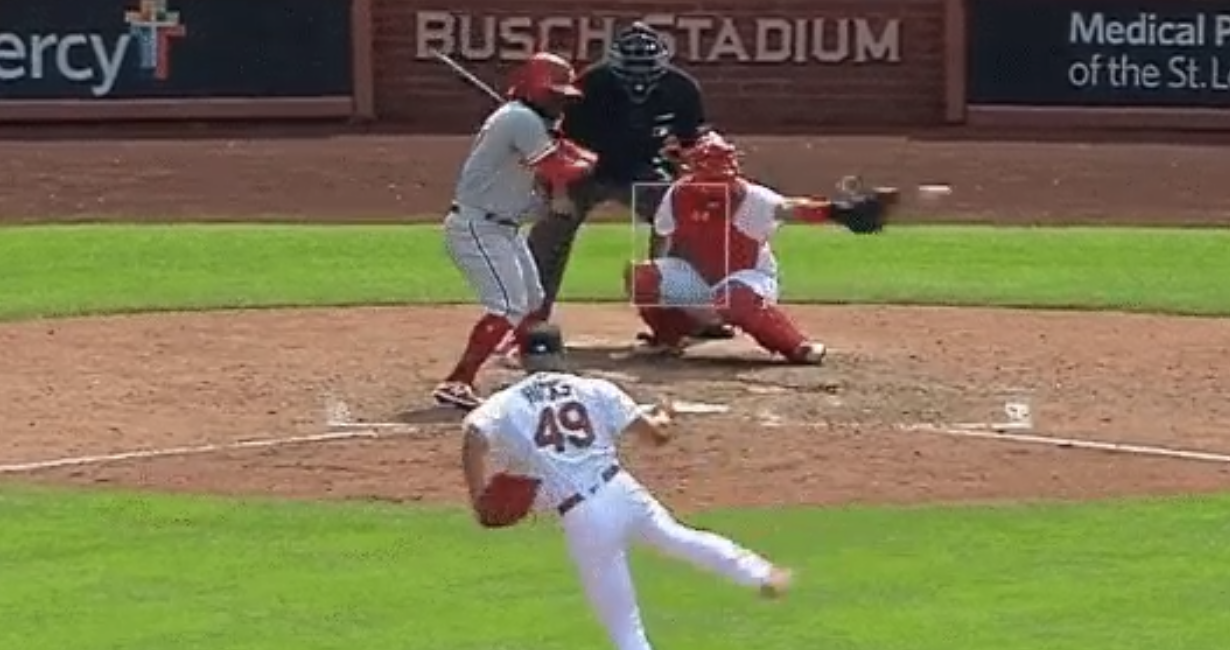 Nearly every fastball Hicks throws is 100+ mph, and he often tops that, even.

Phillies infielder Odubel Herrera found that out during Sunday’s game, when Hicks hit him with a four-pitch sequence that averaged (!) 104.5 mph. Two of the throws were 105 mph, while the others were 104 mph, and that’s just ridiculous.

Good luck making solid contact/catching up to any of this gas.

And, Odubel gets the well-deserved participation trophy, getting 1b on the dropped 3rd. 🏆 pic.twitter.com/IMQrTyDuHy

Jordan Hicks is only the second pitcher on record to reach 105 mph.

He threw the five hardest pitches of the 2018 season in the nineth inning today.

Not sure if Statcast was broken for an at-bat or Jordan Hicks really wanted to turn up the gas for Odubel Herrera, but the system says he was SITTING 104 and topping out at 105. Whoa. (h/t @Is09286405) pic.twitter.com/Kzr3Ne42R4

No MLB pitcher in history has thrown a faster strike than the one Hicks tossed on Sunday, which was clocked at 105.0 mph.

On July 18, 2016, Aroldis Chapman threw what's considered the fastest pitch since the advent of Statcast, at 105.1 mph. It was a ball.

This afternoon, Jordan Hicks threw a 105.0-mph sinker that was fouled back, making it …. drumroll … the fastest strike thrown, per Statcast.

Bunting might actually be the best option against Hicks. Good luck catching up to that gas.