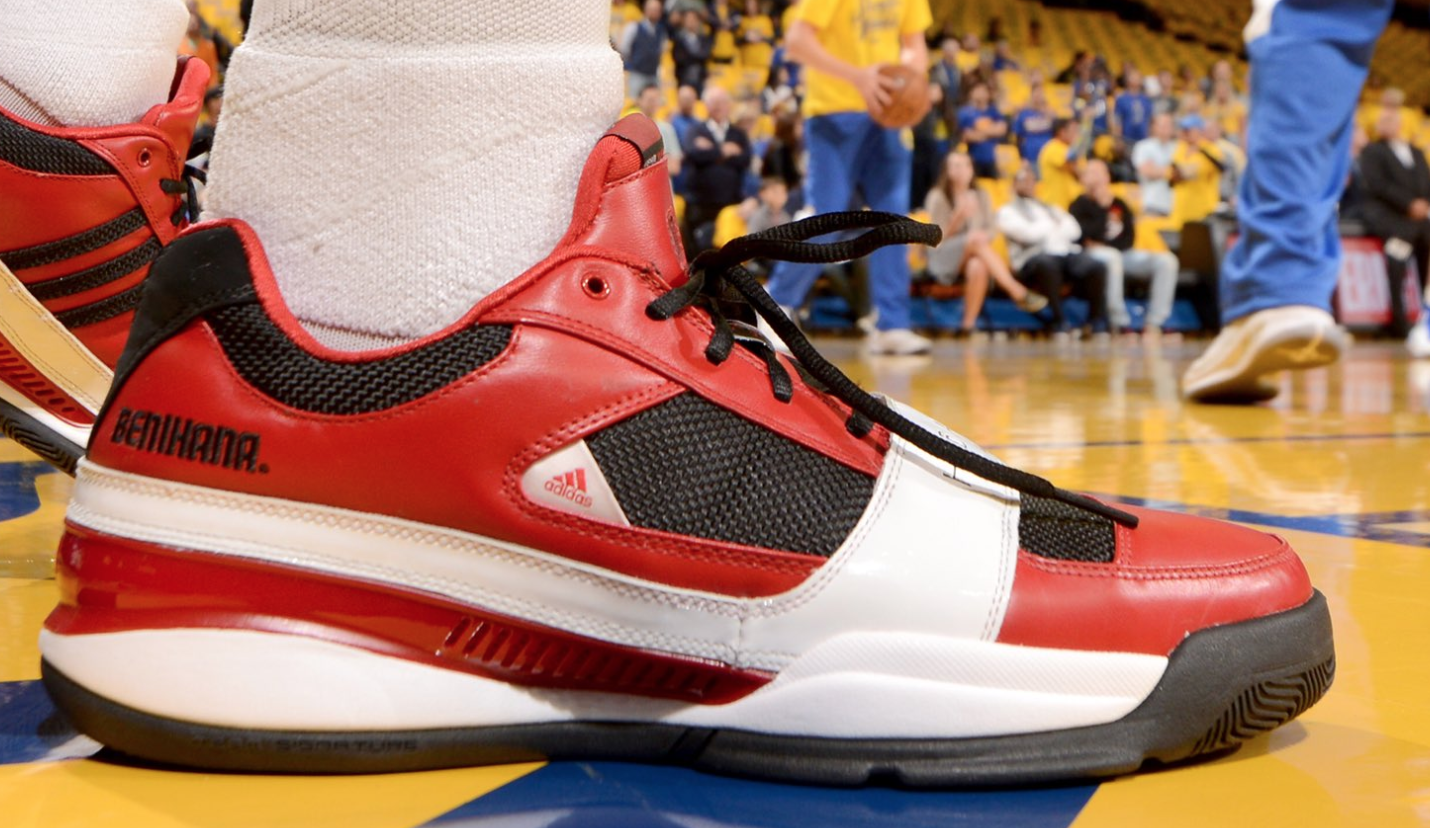 Warriors guard Nick “Swaggy P” Young showed some love for a former teammate in Game 3 of the Western Conference Finals on Sunday night.

Young rocked a pair of Adidas Benihanas, the same shoes that Gilbert Arenas once wore. Check out how “Hibachi” is prominently displayed on the front of the sneakers.

Arenas is probably thrilled that his former teammate paid tribute to him, even with him having called it quits on the NBA roughly five years ago. He clearly left a mark on Young, who hasn’t forgotten him.