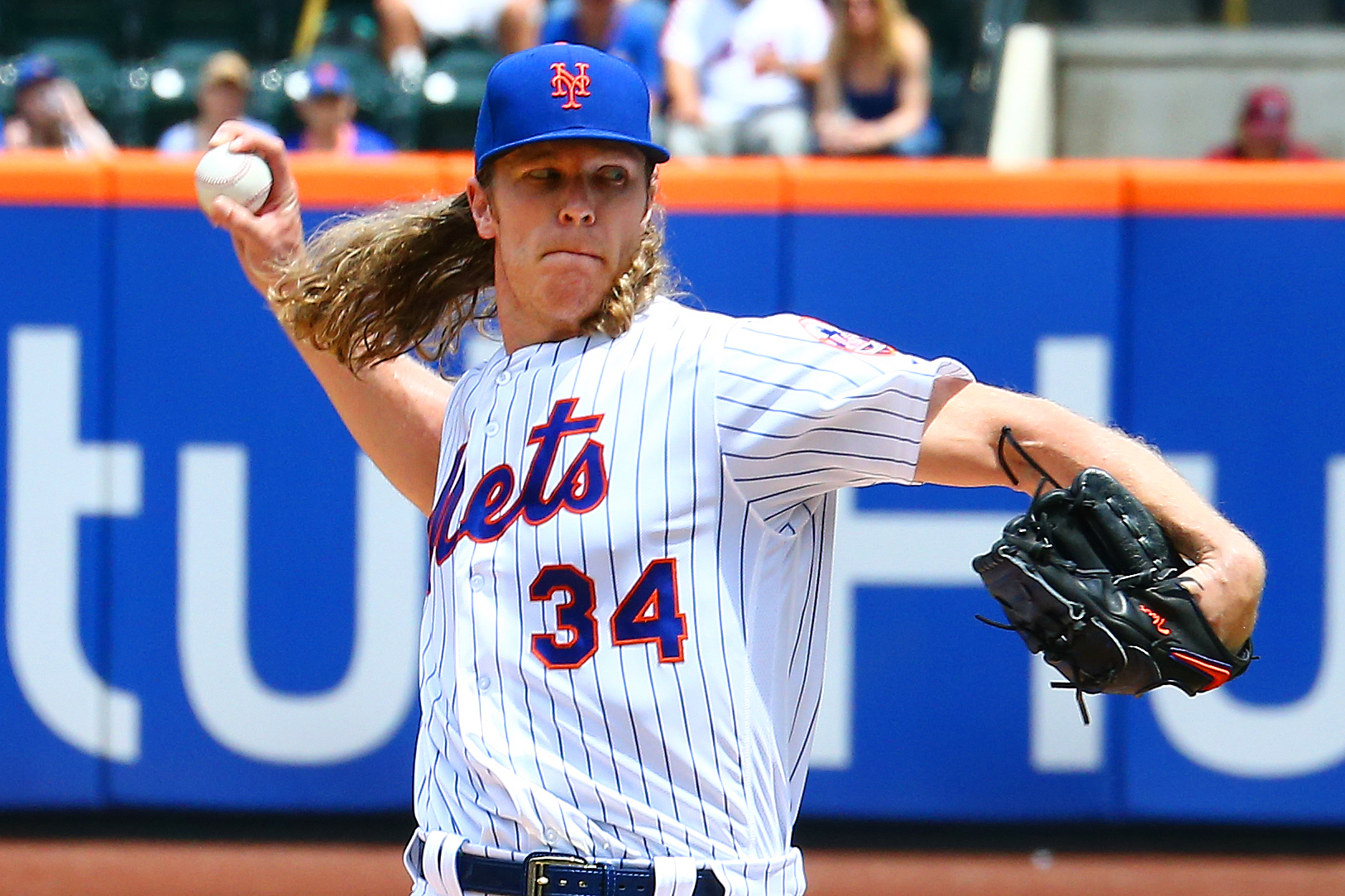 For most of the early going, Noah Syndergaard has been a solid pitcher for the New York Mets. Syndergaard entered today’s matchup with the Arizona Diamondbacks with a 3-1 record and 3.14 ERA, perfectly fine numbers but underwhelming given Syndergaard’s massive potential. That changed today, as Syndergaard (W, 4-1) tossed seven innings of one run ball to help the Mets (23-19) defeat the Diamondbacks (25-21) 4-1 to complete a series sweep.

The Diamondbacks scratched across a run in the second against Syndergaard when Jeff Mathis drove in a run with a groundout. Syndergaard slogged through the first two frames, tossing 40 pitches to record just six outs, but ended up settling in nicely to cruise through the rest of the game. Arizona managed just six hits on the day against Syndergaard, who allowed only the one run and one walk while striking out seven.

It looked like Syndergaard’s solid effort would go to waste for a while as Clay Buchholz displayed vintage form for Arizona. Buchholz held the Mets to just one hit over the first five innings, but Amed Rosario led off the sixth with a solo homer (1) to tie the game. Diamondbacks’ manager Torey Lovullo yanked Buchholz after that, handing the tie game to his bullpen. T.J. McFarland came in for Buchholz and worked a scoreless inning in the sixth, but Jorge De La Rosa wasn’t as lucky in the seventh.

De La Rosa (L, 0-2) got two quick outs, but Tomas Nido was able to keep the inning alive with a single. With the pitchers’ spot coming up, the Mets sent up Asdrubal Cabrera to pinch hit for Syndergaard, and Cabrera came through with the go ahead two run home run (7). Rosario was the next man up, and he added his second long ball of the day, another solo bomb (2) to make it a 4-1 game. The Mets’ bullpen held onto the lead from there, as Jerry Blevins got an out and Robert Gsellman picked up the final five to secure his first save of the year.

Today’s Player of the Game Award goes to Mets’ starting pitcher Noah Syndergaard. Syndergaard delivered a vintage performance, giving the Mets some serious length on a day they needed it and dominating Arizona for the final five innings of his day to earn his fourth win of the season.

The Mets will look to carry their newly found momentum forward into the final three games of their home stand beginning tomorrow night, when the last place Miami Marlins (17-29) make their first visit to Citi Field of the year. Jason Vargas (0-3, 13.86 ERA) will rejoin the Mets’ rotation tomorrow night as he looks to bounce back from a string of rough starts. The Marlins will counter with rookie righty Elieser Hernandez (0-0, 2.25 ERA). First pitch for the opener of this three game series is scheduled for 7:10 pm at Citi Field.