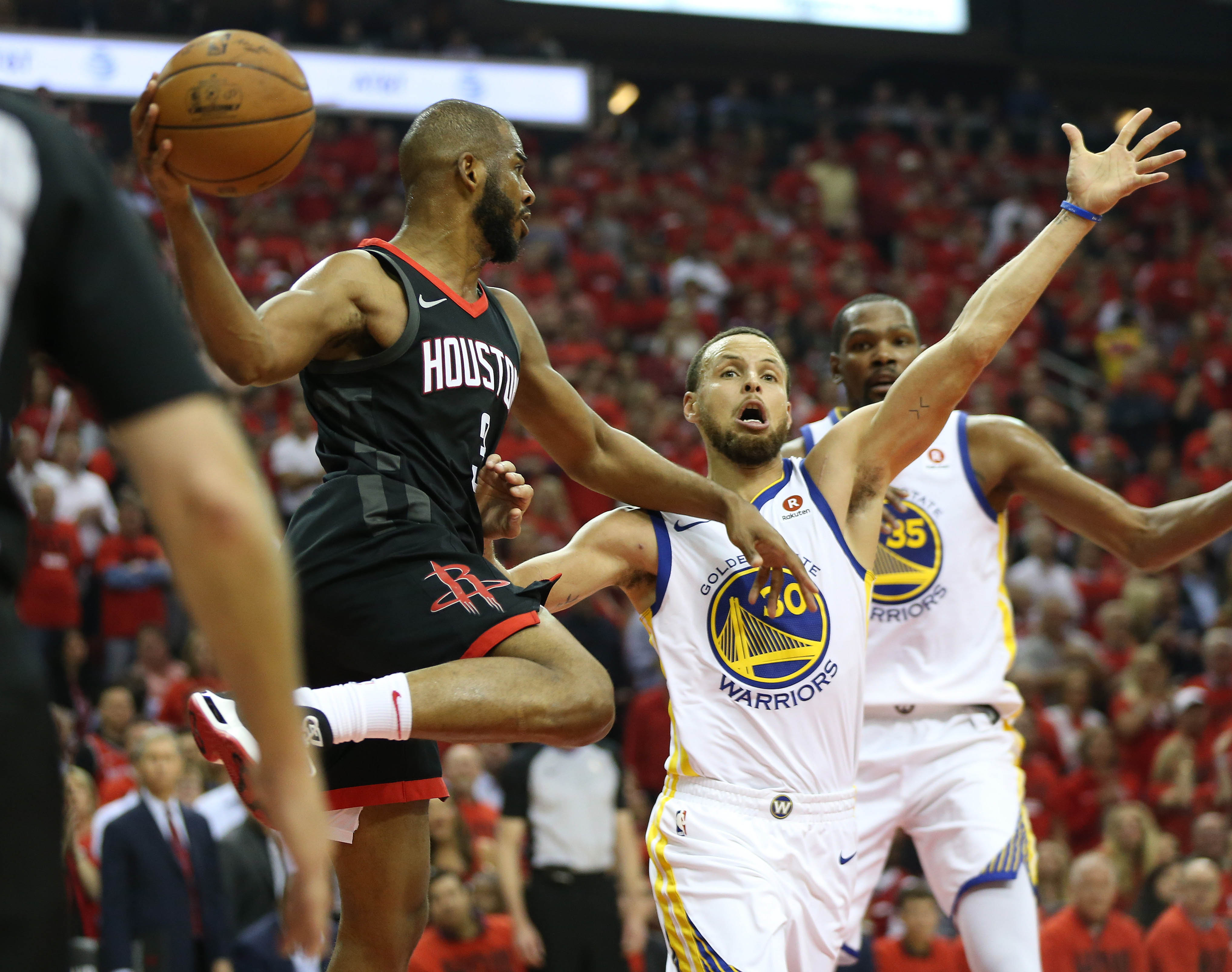 Rockets point guard Chris Paul is known for his ability to get in the lane and score, whether it’s via a close-range shot or at the rim.

He’s also known for his ability to draw fouls, sometimes in dramatic fashion.

CP3 — along with teammate James Harden — is one of the league’s best floppers, and he attempted a great one in Game 3 of the Western Conference Finals on Sunday night.

Check out CP3 backing up onto Draymond Green and then just hitting the deck — with absolutely no contact at all causing him to fall.