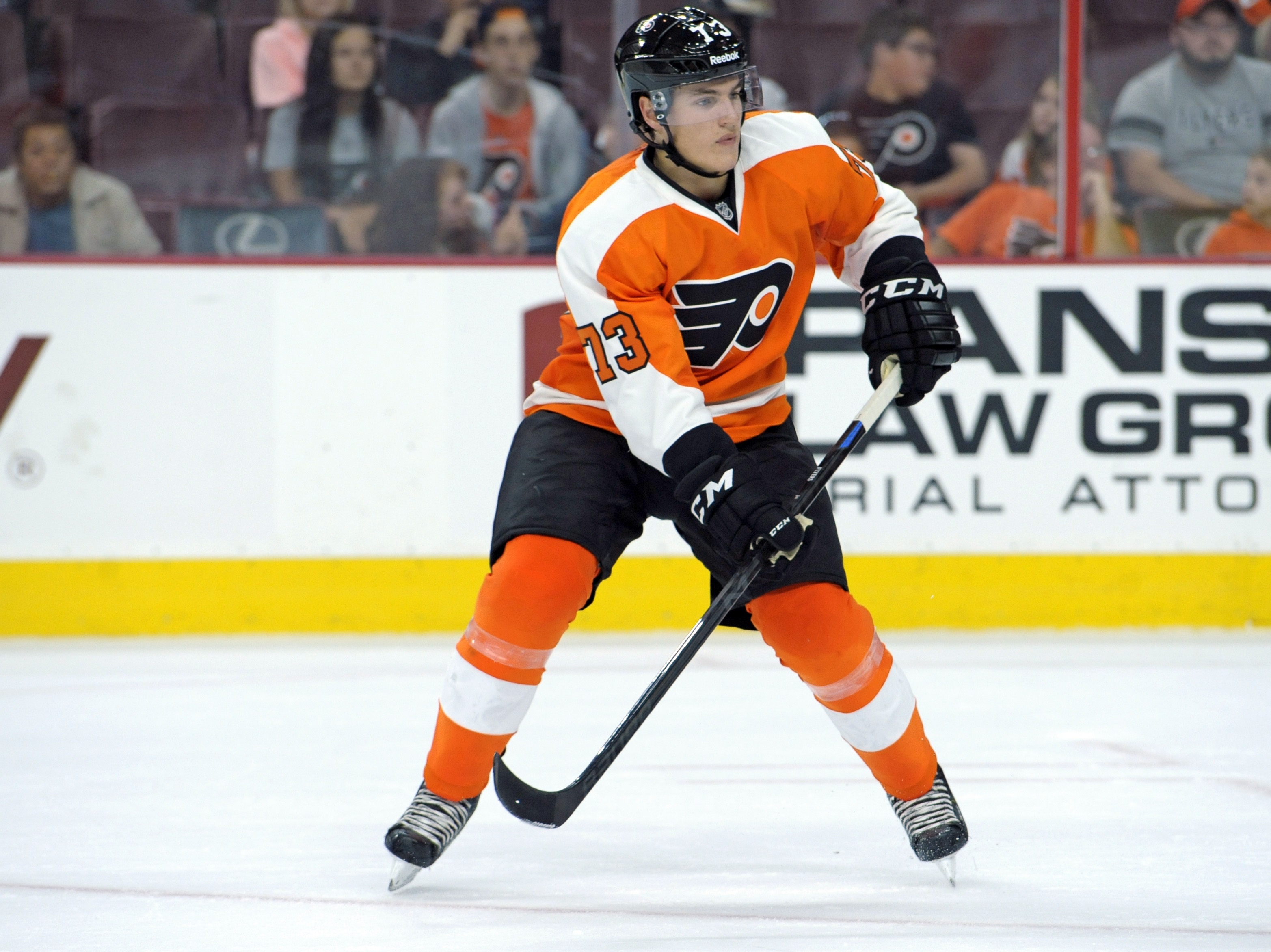 Young players on cheap contracts that can contribute are going to be vital for the Edmonton Oilers moving forward. Over $20 million will be invested in Connor McDavid and Leon Draisaitl for at least the next seven seasons. That means value is needed if Edmonton wants to compete for a Stanley Cup.

Drafting and developing is the most common way to acquire this kind of player, but identifying useful young players in other team’s systems is important as well. Sometimes useful players shake loose for various reasons.

Philadelphia prospect Nicolas Aube-Kubel could be such a player this summer.

The Flyers have young forwards Nolan Patrick, Travis Konecny and Sean Couturier already in the lineup, with star players like Claude Giroux and Jakub Voracek also holding key spots on the depth chart.

Quietly, the Flyers have built up a very strong prospect system that includes names like Morgan Frost, Matthew Strome, Tanner Laczynski, Danick Martel and Mike Vecchione, among others. The Flyers have a deep system and could afford to move a player or two to address needs at the NHL level.

In a lot of ways, Aube-Kubel would become a fan favorite very quickly in Edmonton. He’s a talented young player with strong underlying numbers, but is also a pest on the ice and plays a physical game. In fact, he was suspended multiple times this past season in the AHL, including in the playoffs.

After just 18 points in 71 games as a rookie in 2016-17, Aube-Kubel took a big step forward offensively this season with the AHL’s Lehigh Valley Phantoms. In 72 regular season tilts, he posted 18-28-46 for a dominant Phantoms team. He went from spare part as a rookie, to key piece as a sophomore. He’s trending very well as a prospect.

Size could be a slight issue, he’s only 5’11” and 196 pounds, but Aube-Kubel does play a physical style and has become a well known pest at the AHL-level.

Here’s a look at Aube-Kubel’s talent analysis from Hockey’s Future:

With great wheels and a motor that doesn’t quit, Aube-Kubel’s hard-working and high-energy style of play makes him a versatile addition to any lineup. Whether it is driving the net to create scoring chances or back-checking to prevent them, Aube-Kubel fits the blueprint of a player who can slot into many roles and situations at the next level. With his offensive talents still blossoming, it is hard to say what sort of player he will finally develop into, but he is sure to be the type of player that coaches love.

And here’s a look at Aube-Kubel from September 2017 via Edric Jospeh of Dobber Prospects:

Barring an unforeseen change in circumstance, Nicolas Aubé-Kubel is slated to report to the Lehigh Valley Phantoms for duty this coming year. He has bottom-six potential as a defensive stopper at the NHL level, while being able to be plugged into offensive situations in a pinch. As such, he will likely see playing time in both specialty team disciplines in the coming season.

It’s possible Aube-Kubel could start the 2018-19 season in the AHL. The Edmonton Oilers likely wouldn’t do that, considering they have a number of rookie prospects making the jump this season and will want to give them a push. If the Oilers acquire this player, it is to play on the NHL roster.

The right-shot winger would likely slide onto Edmonton third or fourth line right out of the gate as a hard-working right winger. A bottom-six role is a fair expectation for this player in my mind.

Aube-Kubel will be eligible for a Seattle expansion draft should he emerge as an NHL’er this season. Assuming we are at least two summers away, this would have to be a concern for any acquiring team.

Aube-Kubel has one more season remaining on a three-year entry level contract that counts $680,833 against the cap.

In terms of trade cost, could Drake Caggiula be a fit here? The Flyers are very familiar with Caggiula from his college days (played for Dave Hakstol) and GM Ron Hextall pursued him as a UFA in the spring of 2016.

Caggiula hasn’t been great in Edmonton and is due for a contract. Perhaps the Flyers take a chance on him.

The Oilers must find young and cheap players to fill roles around their star players. While drafting and developing will certainly play a role in that, finding other players that shake loose will be equally as important.

Aube-Kubel may never be an impact player at the NHL-level, but he’s trending in a good direction and appears ready to make the jump to the world’s best league. He plays a style that fits what Peter Chiarelli is looking for, and can contribute offense.

If the Flyers are willing to deal from their strong prospect pool, the Oilers should be calling regarding this player.