Brandon Belt is quietly having a huge season 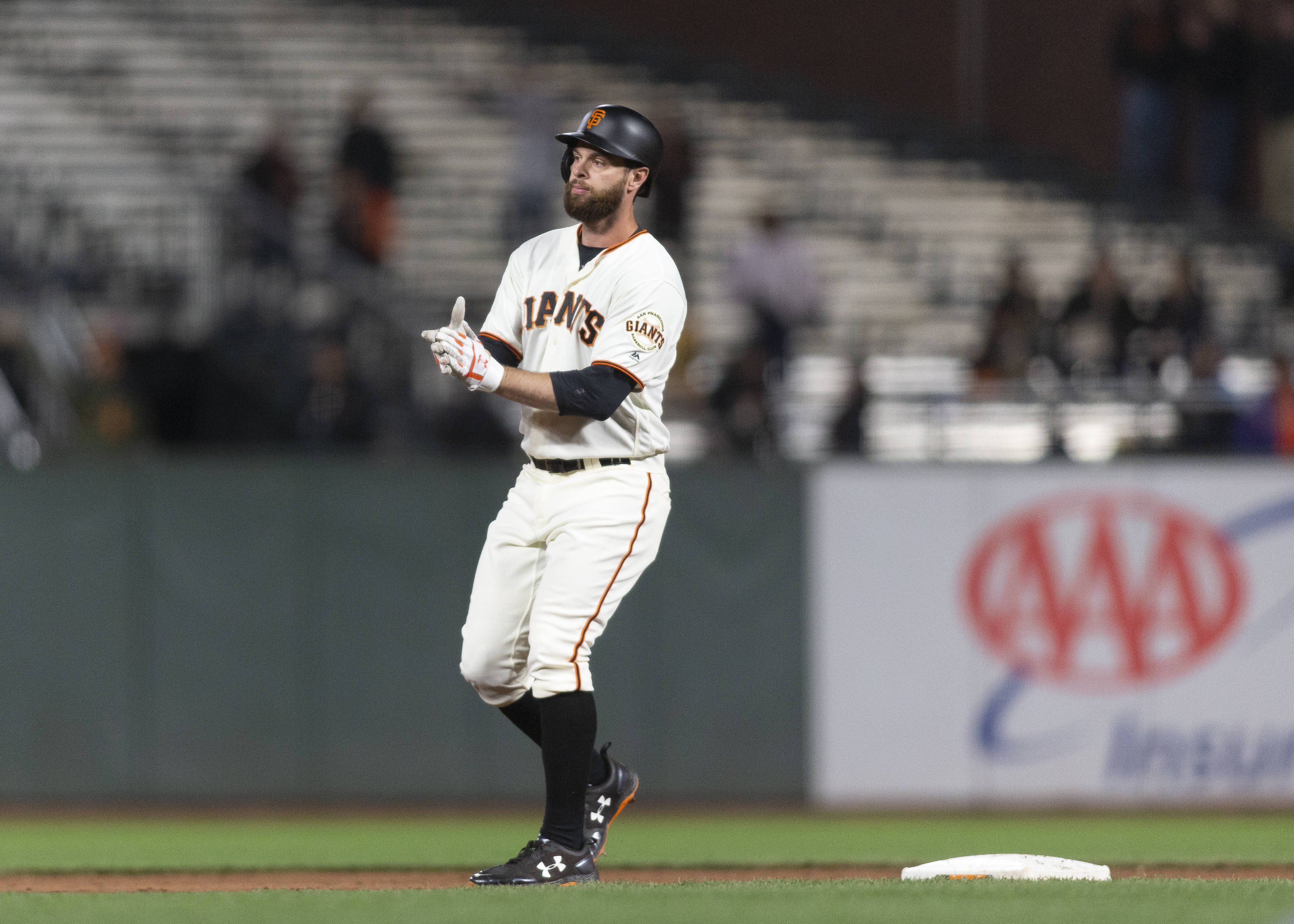 Brandon Belt is quietly having a huge season

It’s pretty common to check out player leaderboards throughout any given MLB season. This exercise is fun because it allows you to see someone you would’ve never realized was having a monster year without actually looking.

Taking a peek at baseball’s wRC+ leaders is a perfect example. If you had to rattle off the top-five hitters in this metric, who would you mention? Mookie Betts and Mike Trout currently occupy the top two spots, which isn’t shocking. A huge May has J.D. Martinez in the three-hole, while Manny Machado is sitting fourth. But sitting right there at number five with these big guys is San Francisco Giants first baseman, Brandon Belt.

Yes, his 175 wRC+ through 189 plate appearances is better than guys like Kris Bryant, Aaron Judge, Carlos Correa, Bryce Harper, and lots of other big-name players. He’s doing it in a very interesting way, too.

Before we get into what he’s done in 2018, we need to give Belt a little love for his consistent play in recent years. His batting average did take a bit of a dive last year, but his overall performance in a number of metrics has been rather similar from 2015-17.

Here’s a quick look at how his OPS, ISO, homers, walk rate (BB%), strikeout rate (K%), wRC+, and fWAR compare to one another during this period.

He’s not the kind of burly, slugging first baseman that’s going to hit 30 or 40 dingers in a season, but he’s been comfortably above average on offense. And more importantly, Belt has provided consistent production for a Giants club that can usually use all the offense they can possibly squeeze out of their roster.

Judging from what we’ve seen over the past few years, it wasn’t outrageous to expect more of the same from him this season. However, Belt is doing the best he can to make 2018 the best of his eight-year big-league career.

Taking Things Up a Notch

As mentioned earlier, Belt’s first 189 plate appearances from this season have led to a 175 wRC+, which would easily be a new career high if the regular season ended today. While his 24.9% strikeout rate is a little higher than the last couple years, it’s accompanied by a 13.2% walk rate and a very healthy .313/.413/.594 triple slash with 11 homers, 29 RBI and 28 runs scored.

How good has this performance been thus far? Well, the 2.4 fWAR he’s produced before Memorial Day is better than his entire 2017 performance, which was worth 2.3 fWAR in 451 plate appearances (104 games played). Even once regression hits, he’s well within reach of surpassing his current single-season career-high fWAR (4.2 in 2013).

We can also put this into perspective by using FanGraphs’ Dollars metric. This assigns a dollar amount per fWAR produced to assign value to player performance. After providing $18.4 million of value in 2017, that number is already up to $19.1 in 2018.

This is the first of four consecutive seasons where Belt will earn $17.2 million, so he’s already paid off that hefty raise of his.

Throughout his big-league career, Belt has been reliant on line drives. After posting a 38.0% ground-ball rate in 2014, that number has stayed at 33.3% or below each year since. That same season produced an 18.0% line-drive rate before never dipping below 23.4% since then.

It’s been more of the same story for the 30-year-old this year. He’s taken it to an even more extreme based on his current numbers, though.

His 29.5% line-drive and 50.0% fly-ball rate are both among the top 10 in baseball, while his 20.5% ground-ball rate is the lowest. He’s pairing all this with a 49.1% hard-hit rate — only Martinez, Matt Olson, and Freddie Freeman are currently better than him in that metric.

Will Belt continue this level of production into the summer months? Well, it could certainly happen, but there’s more than a decent chance he’ll experience a little regression along the way.

It’s important to know what to keep an eye on as he continues to rake at the plate.

A stark contrast between what he’s done so far this year and what happened last year is his performance at home. Historically a more productive hitter at AT&T Park than on the road, Belt produced a 113 wRC+ off the strength of a .225/.341/.433 triple slash in 220 home plate appearances last year. Through 94 plate appearances this season, though, those numbers have improved to 223 and .354/.457/.722, respectively.

He’s also been clobbering four-seam fastballs and changeups at an absurd level. He produced a 140 wRC+ against four-seamers and a 135 mark against changeups in 2017, but those numbers have risen to 228 and 296, respectively. When he gets his pitch, he’s not missing it.

San Francisco has dealt with its fair share of injuries this year — especially to the starting rotation — but the offense has been a top-15 group so far. They’re just 24-24 entering Monday’s action, but the Los Angeles Dodgers’ slow start and recent slump from the Arizona Diamondbacks has them only two games out of first place.

A lot of things must go the Giants’ way to continue contending for a playoff spot, and one of those includes Belt remaining a crucial piece to the offense. Even if the masses don’t realize just how great he’s been.