The Redemption, The Experience, And The Saviors 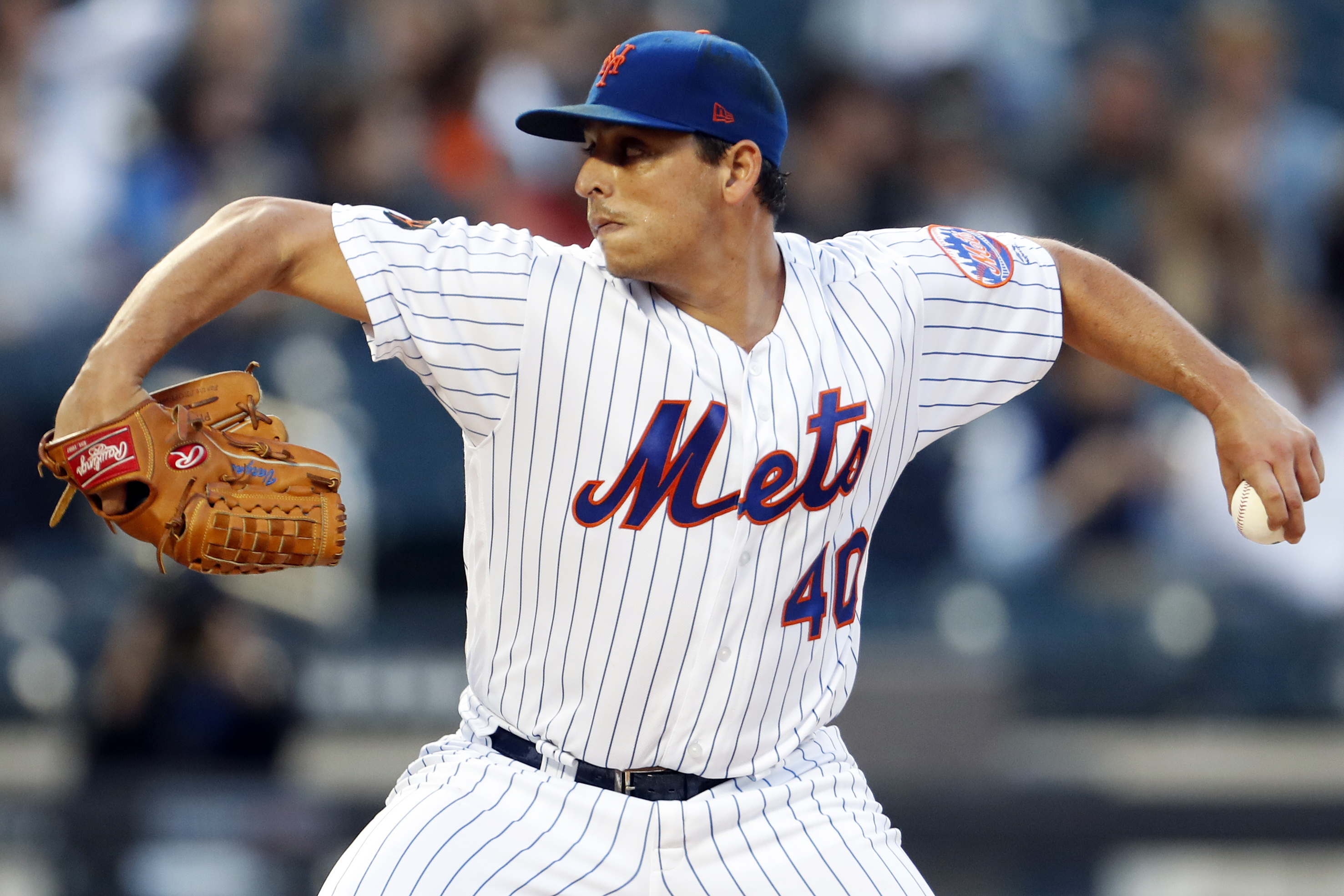 The Redemption, The Experience, And The Saviors

Okay, now that we got that disclaimer out of the way, credit all aroudn to the Mets for winning their fourth straight game against the Marlins on Monday night. Jason Vargas threw five scorless innings to help get the Mets started. I don’t know what changed in Vargas. Maybe it was the extra rest to help him reset mentally and physically. Maybe it was pitching to Devin Mesoraco. I searched for stats to support that Steven Matz and Zack Wheeler improving once they started pitching to Mesoraco, but it didn’t really pan out. But everyone gives Mesoraco good marks on his handling of pitchers, so I’ll mark that down as a possibility.

Jason Vargas was asked what was the difference between tonight’s outing and the ones that led to his 13.86 ERA.

“The biggest difference was not giving up multiple runs each inning,” he said.#Mets

Or maybe it was the Marlins.

The A.J. Ramos Experience threw one and a third scorless, and to borrow a phrase from the other side of the ball: “It looks like an easy four outs in the boxscore.” Nothing is easy with A.J. Ramos. His pitches bend and break so much I’m not sure anybody knows where they are going … not even A.J. He came in for the sixth and he immediately went into a 2-0 hole against Derek Dietrich. But he stuck to the off-speed stuff and got three foul balls before striking out Dietrich on a nasty curve ball to end the inning. Then he got three outs in the seventh, but that inning featured another walk and a double play where Ramos made the decision to throw to second base to get Miguel Rojas where it looked like there was no way he would get him, but he got him by a hair before the double play was completed.

Here's that diving grab Brandon Nimmo made to save a run in the eighth inning tonight. #Mets pic.twitter.com/XN7d5BVIDx

Jeurys Familia came in for the save, and he ended the game by getting Lewis Brinson on a nice play by Amed Rosario in the hole. But Brinson, as the tying run, probably would have been safe if he had run through the bag and not slowed himself down by sliding head first into first base. So okay, maybe it was the Marlins. But don’t blame the Mets because the commissioners office decided that the Mets should play the Marlins 19 times a year. Don’t blame the Mets for the Marlins trading almost every decent player for pennies on the dollar. And don’t blame the Mets because the dearly departed H. Wayne Huizenga decided “Let’s put a team in Miami! It’ll be fun!!!”

Maybe it is the Marlins.