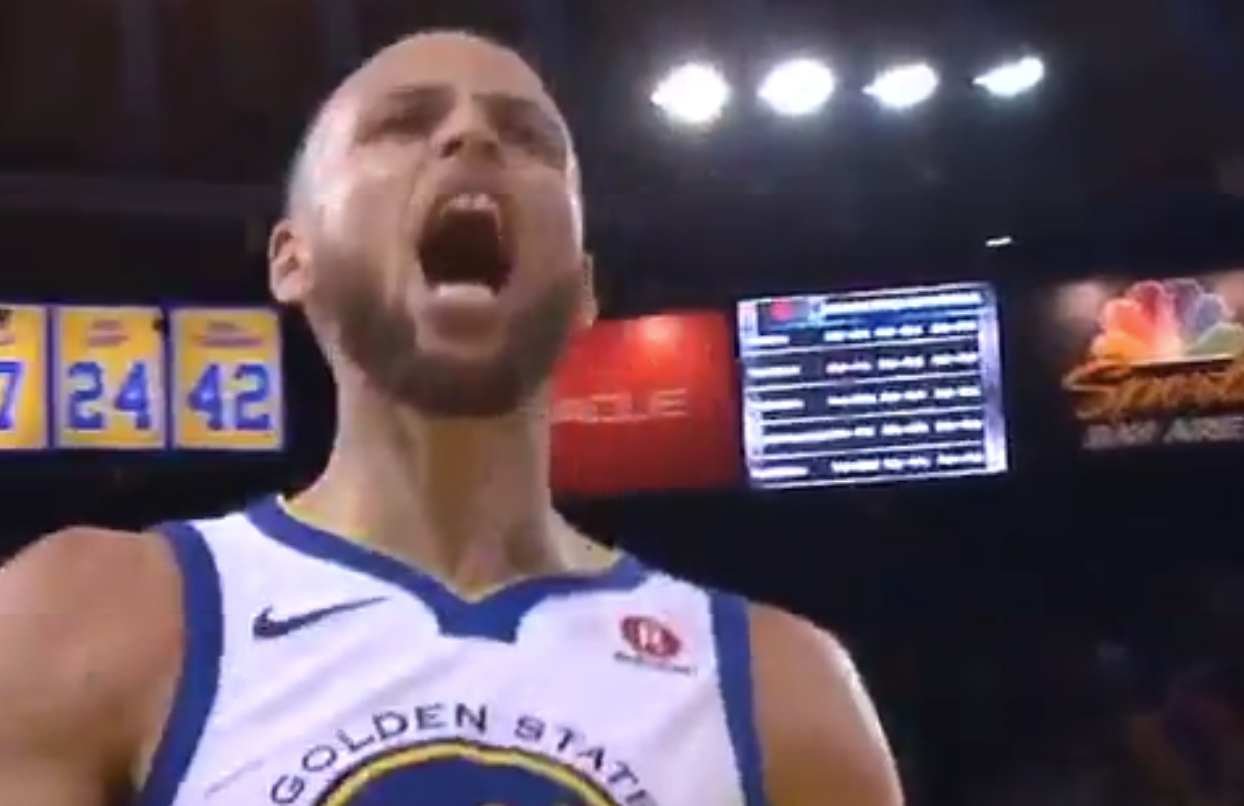 Oracle Arena is the home of the Golden State Warriors and their passionate fans, but it’s also the place where two-time MVP Stephen Curry began his career in 2009.

Not only that, it’s also his house, which he made sure to let everyone know during Game 3 of the Western Conference Finals on Sunday night.

Curry, in the second half of the game, did a great job of changing direction to blow by Trevor Ariza. He then finished off the play with a layup over Luc Mbah a Moute, who’s known for being a great rim protector. He then turned to the crowd, and had the following to say:

Curry dropped 35 points — which was more than he scored in the first two games of the series combined — on 13-of-23 shooting in the blowout win, probably because Oracle is his house.