Your Morning Dump... Where defensive adjustments are a must! 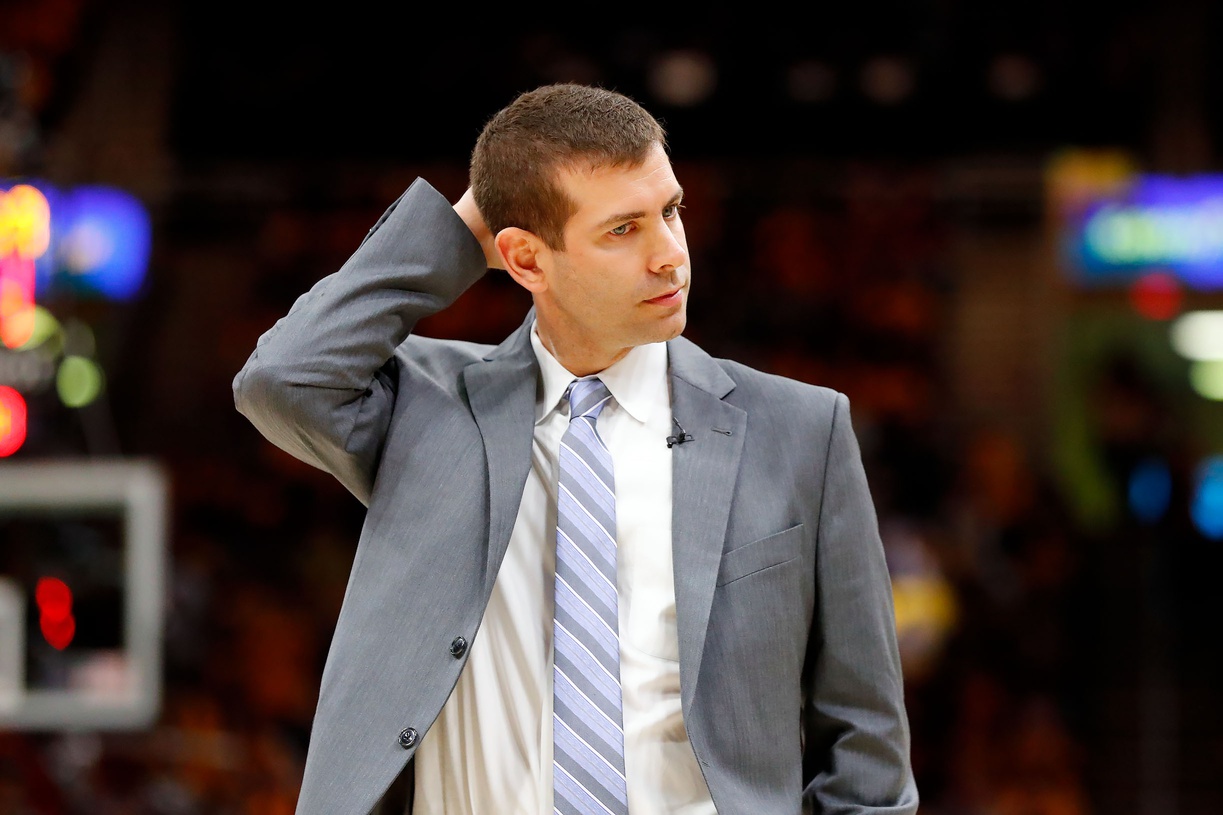 Your Morning Dump... Where defensive adjustments are a must!

The Celtics looked awful and overwhelmed in Game 3, as Cleveland was able to get its shooters going and defended more aggressively, taking Jaylen Brown and Al Horford completely out of the game en route to a 30-point win.

So, quite understandably, the onus is on Boston coach Brad Stevens to make the necessary adjustments to extend Game 4 until the fourth quarter. The Celtics were buried by halftime of Game 3.

Standards alone made Marcus Smart grimace at the thought of anyone shooting 50 percent from 3-point range against his team.

“It does bother me,” the Celtics guard said after yesterday’s practice at Quicken Loans Arena. “We’re a better defensive team than that, because we’ve guarded the 3 well this entire year, and in this series. For them to go out there and do exactly what we know they want to do — shoot 3’s — to go out there and lay an egg was not up to par for us.”

Cleveland’s 17-for-34 performance from long range included a 4-for-4 effort by Kyle Korver and four other Cavs making three.

Boston Herald: Celtics know they have to fix defensive breakdowns

When the Cavaliers put Tristan Thompson into the starting lineup in game 2, it instantly made the Cavaliers more physical down low. The Celtics may want to consider throwing Baynes into the starting lineup, and moving Mook to the bench. Playing Baynes at the 5 gives the Celtics a much better matchup all around, assuming Thompson is on the floor. They would be able to move Horford to the 4, where he is better suited to guard Kevin Love. If we are lucky, this would also lead to more Al Horford vs Kevin Love matchups down low… Horford will eat him alive. This could lead to either an easy bucket for Horford, or forcing Cleveland to double team him leaving someone open for the dish.

Here lies the issue, though. Putting Baynes in the starting lineup forces the Celtics to remove Mook Morris, noted Lebron stopper (not game 3, though.) The Lebron duties will fall mostly on Jaylen Brown. Without a doubt, Jaylen will have at least 2 fouls by the end of the first quarter. Keeping him out of foul trouble will be important, because the Celtics will need his scoring down the stretch.

Also, defending the 3 point line. Cleveland went 17-34 from deep in game 3. We knew they weren’t going to be the wretched shooters they were in games 1 and 2, but the Celtics need to do a better job on that front. The Cavaliers have shooters in Kyle Korver, JR Smith, and Kevin Love… there’s no denying that. They’re going to hit some shots, and the Celtics will have to live with some of them. But the Celtics have done a great job defending the 3 point line all season, so I don’t expect it to be a glaring issue moving forward.

On Page 2: Al Horford needs to be BIG in game 4

The back story of Horford vs. Lebron James and the Cavaliers in the playoffs is not a pretty one. In four previous encounters — in 2009, 2015 and 2016 while with Atlanta, in 2017 after signing with Boston —  Horford’s teams went 1-16. For all of his individual and group success to that point, including four All-Star selections, Horford averaged just 10.9 points and 4.3 rebounds in the four series. He had an average plus/minus of minus-53 per series, according to basketball-reference.com.

The narrative changed as the current East finals began. Horford scored 20 points in less than 28 minutes of Game 1, helping Boston to a blowout victory. Even with Cleveland coach Tyronn Lue tabbing center Tristan Thompson to match up with Horford in Game 2  — Thompson had a history of strong defense against the Celtics veteran — Horford managed 15 points, 10 rebounds, two steals and two blocks as Boston won again. In two games, he shaved 31 points off that negative plus/minus.

NBA.com: Al Horford needs to rock if Celtics are to roll

… and then came game 3. 7 points, 2-4 shooting for Al Horford. The Celtics desperately need a big game from Playoff Al tonight:

James, before the series began, said: “He’s their rock. [He] always is even keel. … He’s been in big games, in big series. If things get chaotic, they know they can always go to Al to do something.”

You’re damn right, Lebron. Things definitely got chaotic in game 3 of the Philadelphia series, and check out Al here:

Calm, cool, and collected. The Celtics needed a big bucket, so they went to Big Al. Lebron hit the nail right on the head. When the Celtics are in a position of angst, Al Horford is there to save the day. If Playoff Al can return to form, the Celtics are primed to play a more competitive game than they did in game 3.

It’s been almost five full seasons since Brad Stevens took over as head coach of the Boston Celtics. In that time, the team has gone from the rock bottom to a rebuild to the doorstep of the NBA Finals.

The Celtics hired Stevens away from his college gig at Butler in 2013. In the five years since, every single player that spent time on that roster — from Rajon Rondo to Kelly Olynyk — has wound up elsewhere.

There is literally not a single player still on the Celtics that was here in Brad Stevens first season.

NBCSN: How will C’s respond to blowout game 3 loss?

The Athletic: King: To stop Lebron, Marcus Morris must turn to the video tape- and his twin brother