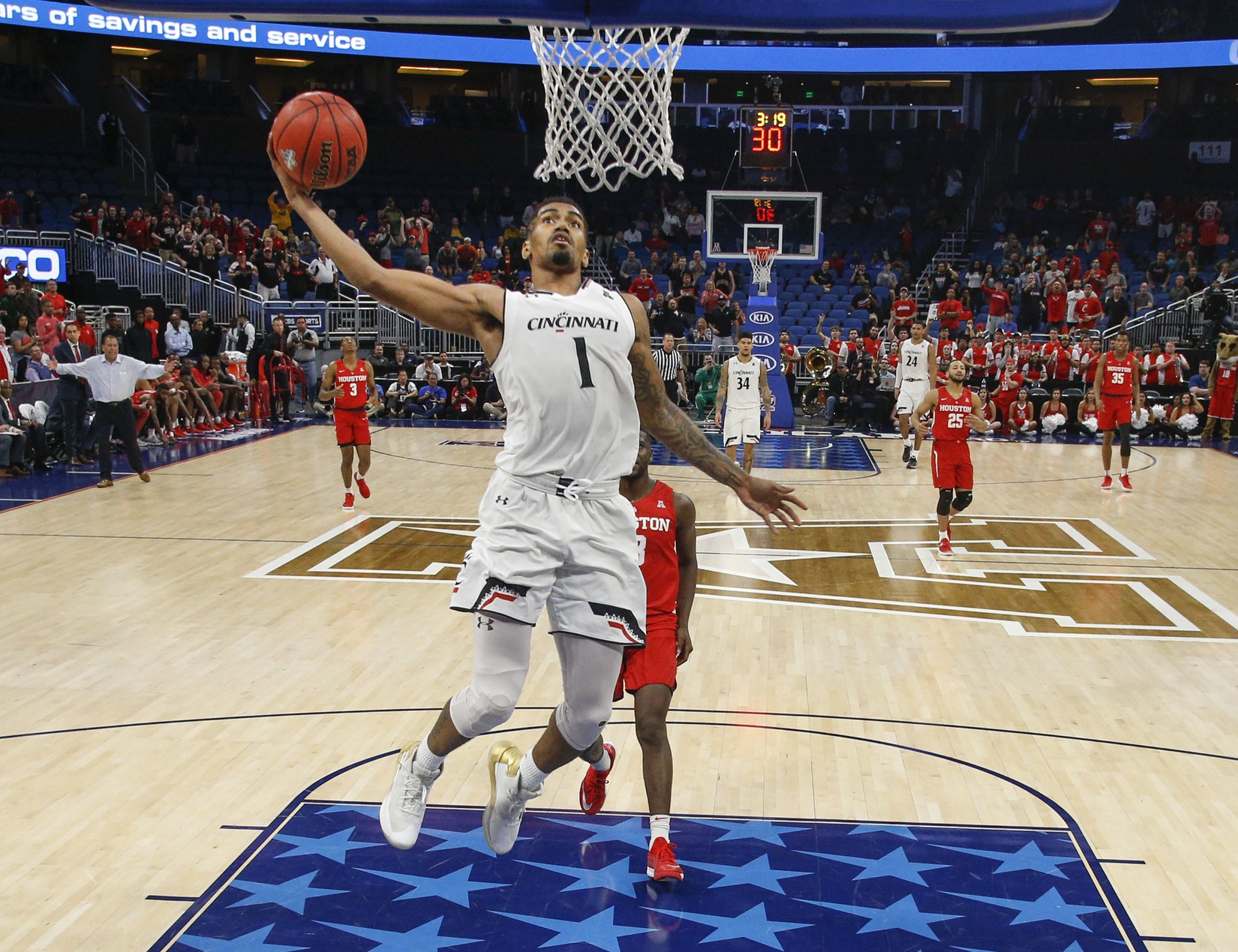 Let’s take a break from the pressure of the Eastern Conference Finals and peruse the internet’s mock drafts in search of the perfect pick for the Celtics in the 2018 draft.

The Boston Celtics have the 27th pick in the 2018 draft, and are surely looking to add to their collection of scrappy and intense, yet intelligent and well-mannered players.

I don’t speak for Danny Ainge, but let’s be real – we don’t care about paltry statistics like “shooting percentages” and “rebounds per game”, so to speak. We want players who dive face first into the hardwood for loose balls while down 25 points, box out players who are far out of their weight class, and say vaguely encouraging things in post-game interviews that you will choose to interpret as more meaningful than it is for the sake of embracing the team’s culture.

“Coach believed in me. We believed in each other. We all went on a journey and discovered the true meaning of ‘self'”

As such, I suspect that we can narrow down who we expect to be on the Celtics’ big board based on who hustles the hardest. Some of the mock drafts around the web are well acquainted with the trend of only drafting gym rats, although not everybody seems to think it will continue. For example, The Ringer’s 2018 mock draft has the Celtics taking Bruce Brown from Miami with their pick. Let’s examine their reasoning:

A hard-nosed wing who grits and grinds on defense-

Boom. Stop there. I don’t care what else it says. He’s perfect and I love him.

Draft Express describes him as a guard that plays like a forward. He’s a playmaking slasher on offense and brings great instinct on defense. With his kind of court vision, he could be another Marcus Smart-type of player who can get the most out of their athleticism with their high basketball IQ.

CBS’s mock draft is perfect for finding potential Celtic suitors, as it includes no stats whatsoever. Let’s check out their comments on their projected 27th pick, Jacob Evans III out of Cincinnati:

Evans is a do-everything wing who guards multiple positions, plays tough and consistently makes outside jumpers-

You have me sold at “do-everything wing”.

Like Brown, Evans looks to be another guy with a nose for the ball and a penchant for playmaking even if it isn’t his primary role. In a league packed with dominant guards, a playmaking forward can make an impact right away in situations where the ball is forced out of their point guard’s hands. (Think of Matthew Dellevadova’s full-court pressure guarding Terry Rozier, followed by the Celtics deferring to Al Horford.)

Sports Illustrated has the Celtics taking Jalen Brunson, and I’m not so sure their reasoning fits the Celtics’ blueprint.

The Celtics can go any number of directions here thanks to their roster depth. They may be priced out of keeping Marcus Smart this summer and Terry Rozier the next, and adding a guy like Brunson would be a prudent move for long-term backcourt depth. Brunson’s otherworldly feel for the game and shooting ability makes him one of the safest bets in the draft to have a long career.

Yeah, no thanks. He does jump over one team’s bench in this video for a loose ball, though, so we’ll have to consider him:

It’s a weird comparison, but Brunson’s slower, methodical movements reminds me of Kyle Anderson of the Spurs if he was infused with the point guard skills of Isaiah Thomas. And it’s true – the Celtics could get priced out of keeping Marcus Smart and Terry Rozier, but I’m not sure that means you draft a guard right away, especially with the possibility of having four picks in next year’s draft. There’s no rush to draft based on positional need, at least not yet.

Danny Ainge and the Celtics braintrust has built a study resume of developing talent out of high-ceiling, athletic players who enter the league lacking some of the necessary skills to thrive in the NBA. For all the credit that goes to Brad Stevens, Ainge’s track record pre-dates him a bit, going back to the early years of Tony Allen, who was drafted 25th overall in 2004. Even back then, we saw the value of a two-way player with indomitable hustle and limited offensive skills. See also: 49th overall pick Leon Powe making an impact in the NBA Finals in his second season.

Powe averaged 20 points and 10 rebounds in his second and final year at the University of California, which could lend some credibility to the idea of making a “safe” pick later in the draft.

Still, I disagree that numbers should signify how safe a pick is, given that the NCAA is jam-packed with kids who can score 20 in college that can’t stay on the floor in the NBA. There’s guaranteed value in hustle, because players that work relentlessly hard will always add to their game as the years go by. Avery Bradley became a spot-up shooter, Marcus Smart became an expert lob-lobber, and Terry Rozier became a starting point guard. That’s why you trust the hustle factor.