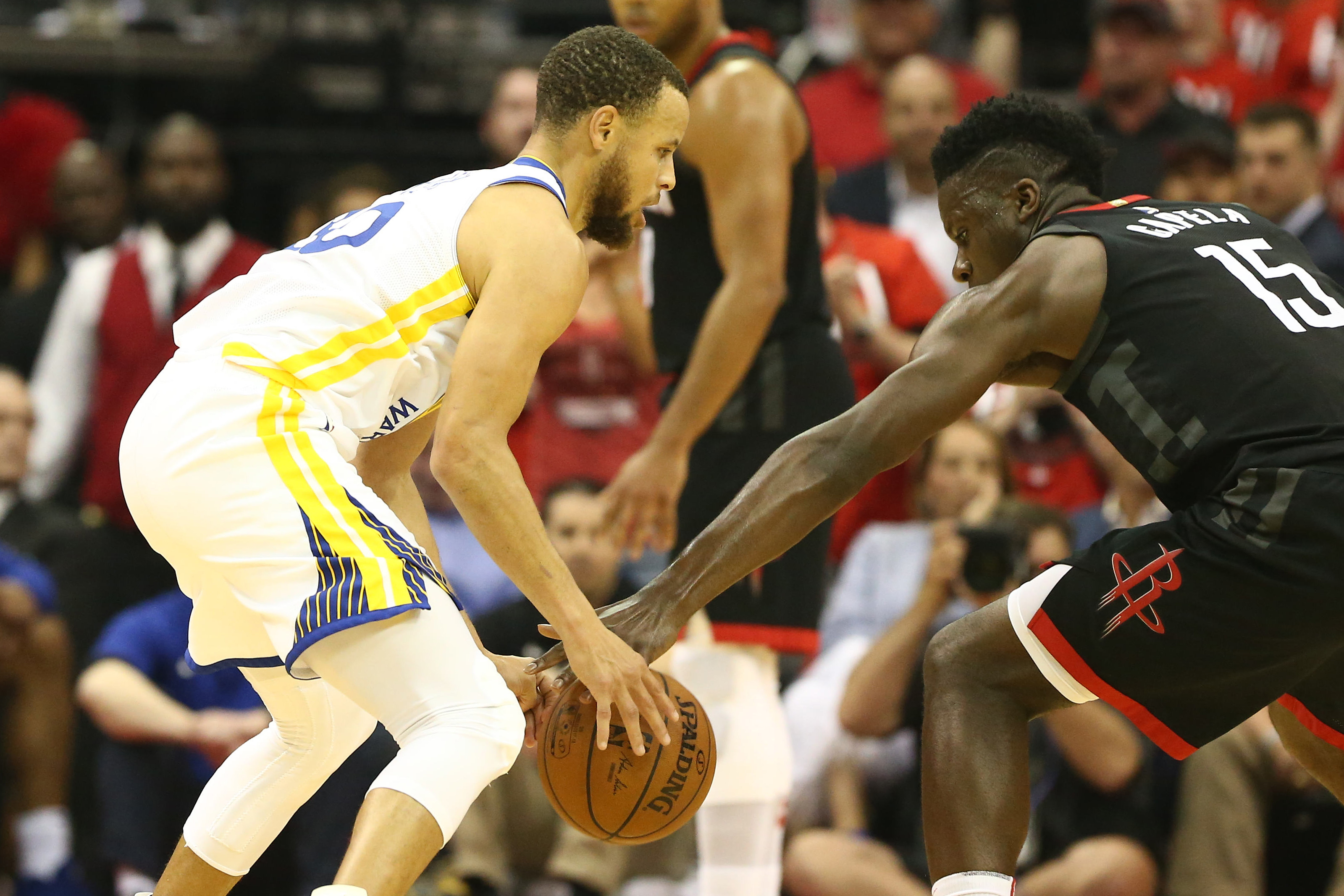 Clint Capela just provided the Warriors with some bulletin-board material, and that probably was not a very good idea.

Not only that, Capela actually came out and said he can limit two-time MVP Stephen Curry’s production, and maybe he’s failed to notice what the Warriors guard has done when facing scrutiny.

Curry was hit with a ton of criticism for his subpar play in Games 1 and 2, and he responded by going off in Game 3, dropping 35 points on 13-of-23 shooting. Capela, however, came out and said he can limit Steph, and that he’s “not worried” about one of the greatest point guards of all-time.

“If I’m close to him (Curry) when he’s shooting 3s, he’s not going to make 3s,” Capela said, via Marc J. Spears of The Undefeated. “Whenever he got a little separation, that is why he made 3s. Not really (worried).”

He should be worried. Steph is heating up, and appears to be getting his legs back, after suffering an MCL sprain earlier in the regular season. Whether Capela can actually stick with Steph and hamper his production remains to be seen, and we’ll soon find out.