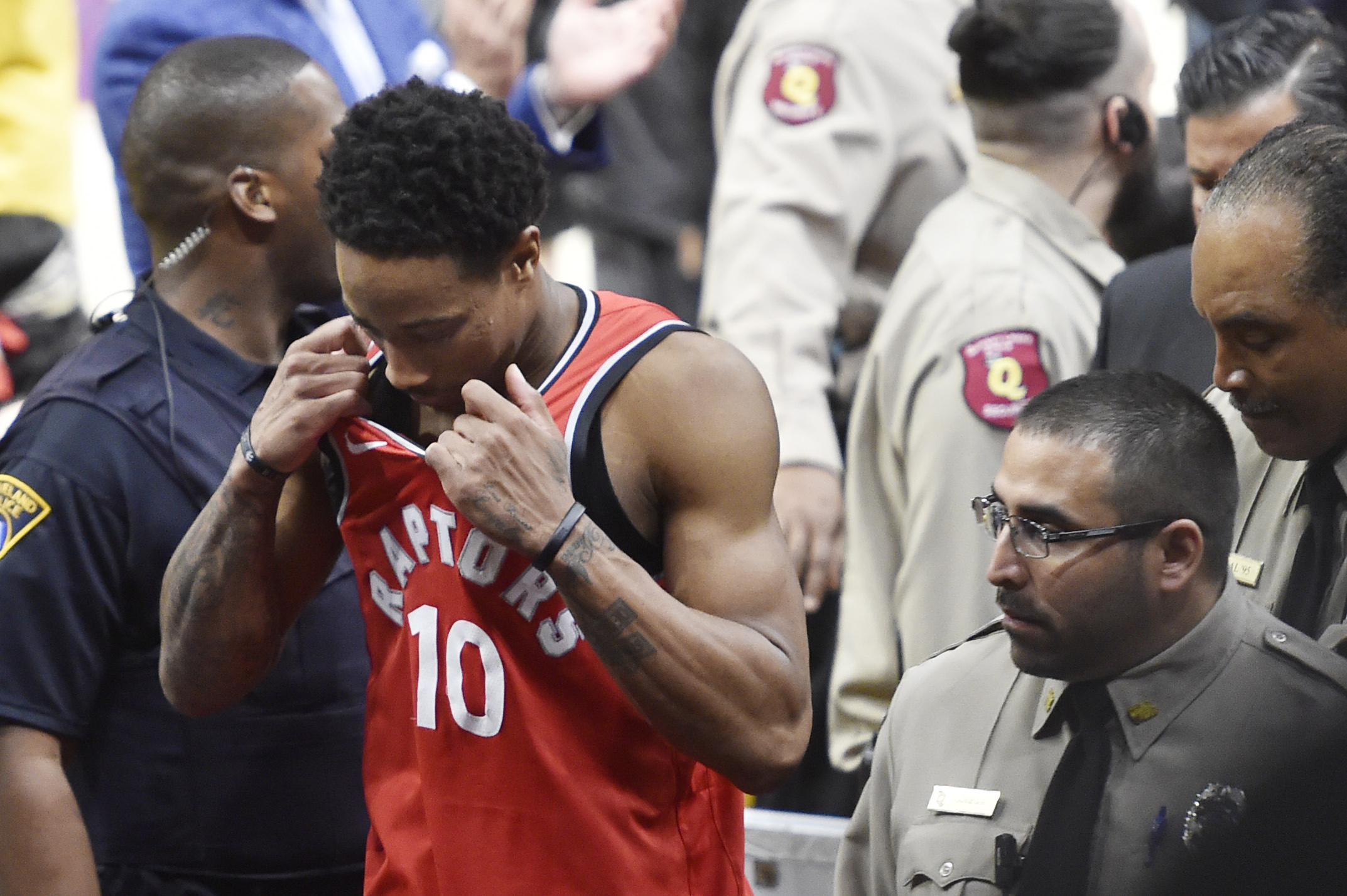 The Toronto Raptors have already underwent one big change following being embarrassingly swept by the Cavs in the second round of the playoffs.

Former head coach Dwane Casey essentially served as the sacrificial lamb, even though he’s likely going to win the Coach of the Year award. Whether it was Casey or the players that were to blame remains to be seen, but the roster isn’t set in stone, either.

It’s likely that the team will retain both DeMar DeRozan and Kyle Lowry to anchor its backcourt, rather than trading them, but one of those guards raised some eyebrows with his Instagram story early Tuesday morning.

The Toronto Star was able to catch the story before DeRozan deleted it, and here’s what it said:

The words, set in type so tiny it was almost unreadable, against a black background, are also the title of a 2014 song by American hip-hop artist Tedashii.

This could be a reference to the Raptors, or it could pertain to DeRozan’s depression, which he’s been candid about in the past, like in this tweet.

This depression get the best of me…

If it is depression-related, we hope DeRozan can take the offseason to get the help he needs.