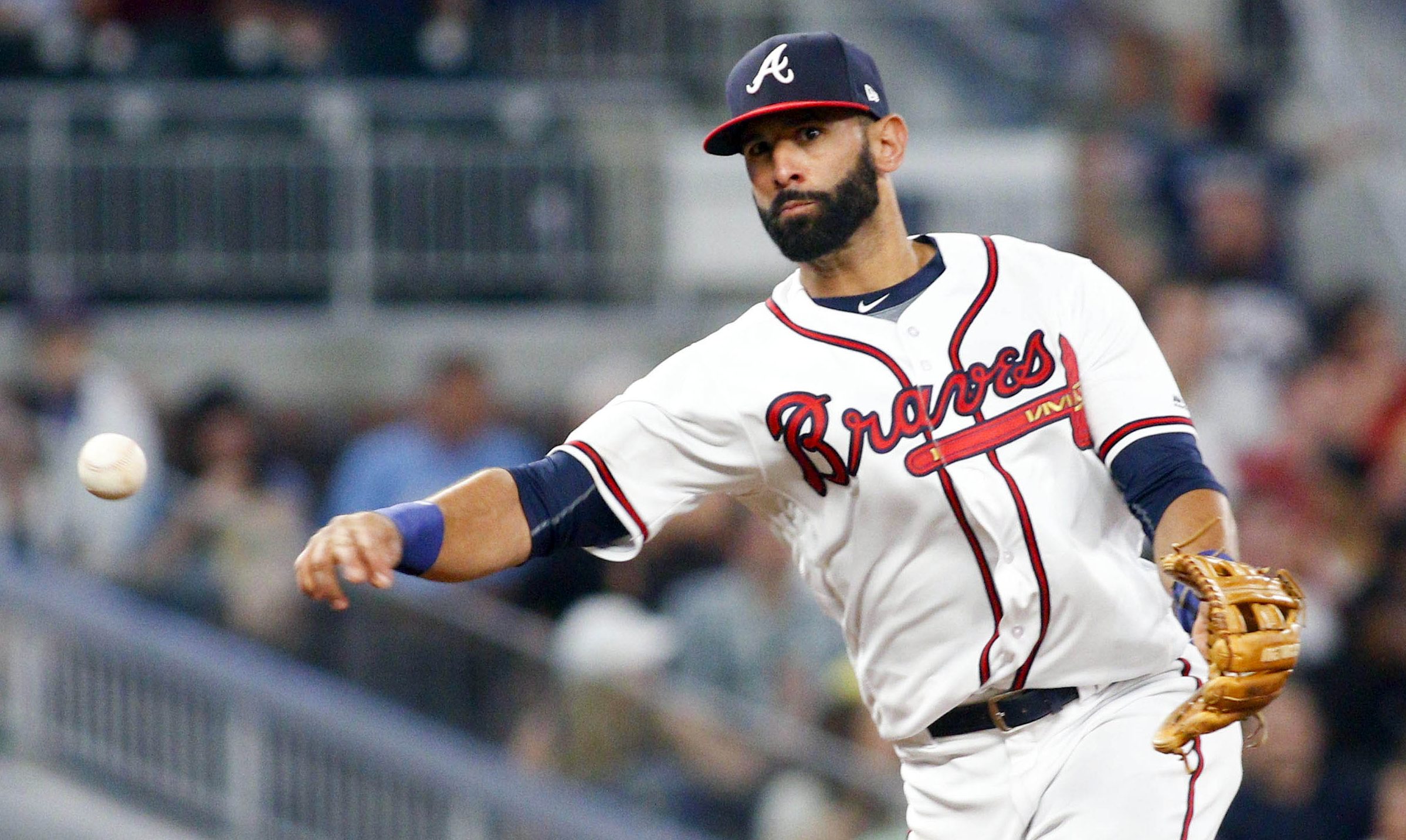 This is the part of the season where I get to yell at all of you about the myth of “low-risk/high-reward”. This season’s subject: Jose Bautista, who was brought in by the Braves to play third base (!) and it didn’t go very well. Bautista hit .143 in 35 plate appearances with two home runs, and Atlanta decided to part ways with Bautista after giving third base to Johan Camargo.

The Mets are showing interest in Jose Bautista, who was released by the Braves on Sunday.

And there it is.

The Mets, at this point, need outfield depth after the injuries to Juan Lagares Yoenis Cespedes. Cespedes, in theory, should be back soon. But even after that the Mets could probably use somebody else to play the outfield and give themselves a little more flexibility. And certainly having an outfielder would be a better option than having Jose Reyes rot on the bench (which is a better option than having Reyes rot on the field.)

But Bautista is not the answer. He’s an easy option because he’s free and he’s a right fielder by trade, but the “low risk/high reward” phrase that will certainly be attached to Bautista is a myth. First off, forget about high reward. High reward entails that the Joey Bats that hit 43 HR’s with an OPS of 1.056 in 2011 has any chance of coming back. Repeat after me: That Joey Bats is never coming back … EVER!!! The sooner you realize this the better you’ll be. Bautista has had a great, great career, and I say this with all due respect for what he’s done. But giving Bautista one last fling with Adrian Gonzalez already on the roster is preposterous.

As for the “low-risk” thing, the more at-bats you give a guy like Bautista, the risk rises. You’re giving him a part of your season. “Low-risk”, the way baseball fans use it, means “we’re not paying all that much for him.” I’m sure the Wilpons appreciate the way you use that phrase. But every time Jose Bautista so much as takes an at-bat, there’s a risk. The risk rises when you give at-bats to players who are 37 years old hitting .143. If the Mets are going to replace Jose Reyes with an outfielder, they would have to work really hard to find somebody less dependable than Reyes. But leave it to the Mets to put in that work and sign Bautista.

My thought is that there have to be some options that would cost no more than a low-level prospect or some cash considerations that would at least hold some hope of getting a few knocks here and there. I’d settle for somebody that would be able to move. But now that I’ve said it, I felt compelled to do the research. There are options out there with varying degrees of difficulty in terms of trading for them. But I’ve tried to come up with some realistic options. No, I’m not advocating trading for anybody’s top prospect. Just some guys that can come in for a low cost and serve the purpose of providing some depth without being 37 years old and statuesque. (Not Elle MacPherson statuesque, mind you … but a statue.)

So here are five better ideas than Jose Bautista:

I regret this because “Szczur” is hard to spell. But he can play all three outfield positions and is fairly adept in LF according to Fangraphs. His dWAR numbers aren’t stellar, but better than Bautista. Szczur (jeez it takes me ten minutes to type that) is buried on the depth chart on a Padres roster filled with budding outfield stars. It can’t take that much to get him.

This is another name I will misspell as I’ve already typed “Richard” fifty-seven times, but look: The Orioles are terrible, and their firesale is coming soon. I can’t imagine a 27-year-old backup outfielder who has played very little this season can’t be had for a song. Rickard is having a good season in his brief time up with the O’s this season and has a career .676 OPS. His advanced fielding statistics are about average, and he also has plenty of experience at all three outfield positions.

Almonte is another back-up outfielder on a bad team who I have to think can be had for a song. He topped out at .264 with the Indians during their almost magical run in 2016. He’s having a tough season in Kansas City this season which drives his value down further. With Jon Jay and Alex Gordon patrolling LF and CF, there’s really no use to have Almonte on a team this bad.

Marisnick is interesting. He has gone from very good prospect to being sent down to the minors by the reigning World Champs. Marisnick is really struggling and even if he gets right, he’s going to have a tough time finding playing time on that team. His offensive stats aren’t anything to write home about, but he did have 16 home runs last season in 230 at-bats. And if nothing else, he’s a good defensive player according to the advanced stats.

Aoki hit .284 and had a .743 OPS in his time with the Mets last season as a 35-year-old, and would have been a nice depth piece this season. but because his price was too high at $6 million or so, the Mets released him. Certainly, he would have been a better option to be the 25th man on the roster instead of Reyes, who was signed for $5 million. (It comes off as hindsight but I felt this then.) Aoki is now with the Yakult Swallows, and it’s too bad because he would fit what the Mets need.

Sure, none of the names above are sexy (what, you wanted me to put Mike Trout on this list?) but they are all better fits for what the Mets need right now and all better options than what Bautista will probably provide, and without the name recognition that might sway Mickey Callaway to give him more at-bats than he deserves.