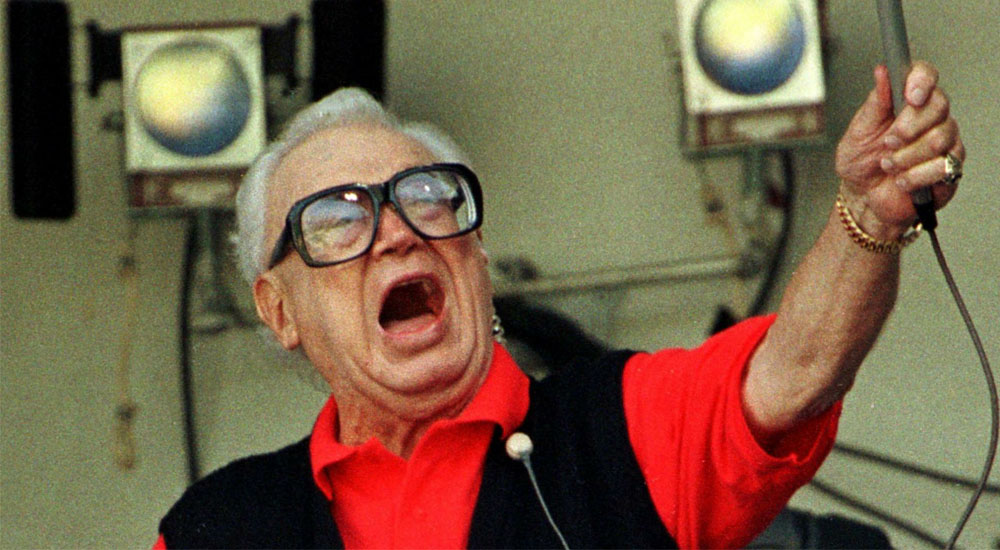 In case you were wondering…this is why we can’t have nice things.

Famed Chicago Cubs play-by-play man Harry Caray was called a lot of things during his time in the booth. One-armed was not one of them.

Sunday, the folks at Little Cubs Field in Freeport, IL, woke up to find the wooden statue of their beloved broadcaster that overlooks the pint-sized park had been vandalized. According to reports, a “group of juveniles” knocked off Caray’s left arm with a baseball bat.

“I have [the arm] inside the gift shop, so we will be restoring his arm soon,” Little Cubs Field founder Denny Garkey said. “I’m just disappointed in the lack of respect for things in Freeport that are good.”

Police in Freeport say they have a list of suspects and are still interviewing witnesses.