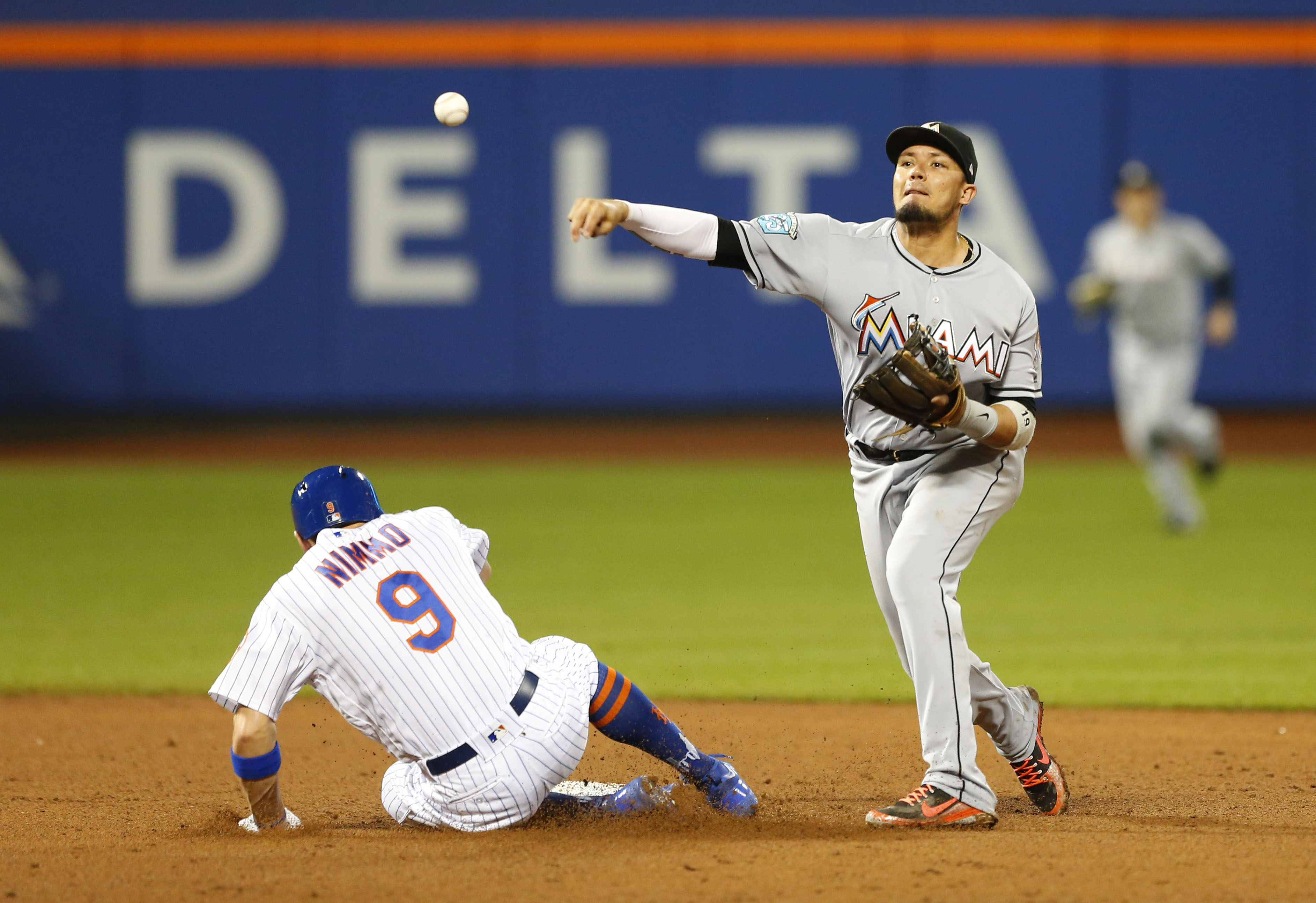 The New York Mets (24-20) saw their four game winning streak come to an end last night. The Miami Marlins (18-30) took advantage of a crucial early error from Jose Reyes to jump out to a 3-0 lead in the early innings, which proved to be enough with Caleb Smith dominating the Mets’ lineup. The teams have now split the first two games of this three game set and will look to secure the rubber game tonight. First pitch for the series finale is scheduled for 7:10 pm at Citi Field.

The Mets will send right hander Jacob deGrom (4-0, 1.75 ERA) to the mound tonight. deGrom was outstanding in his last start, allowing only one run in seven innings while tying a career high with 13 strikeouts to defeat the Arizona Diamondbacks last Friday. The Marlins will counter with righty Dan Straily (2-0, 3.60 ERA). Straily earned his second consecutive win in his last outing, tossing seven shutout innings to beat the Atlanta Braves last Friday.