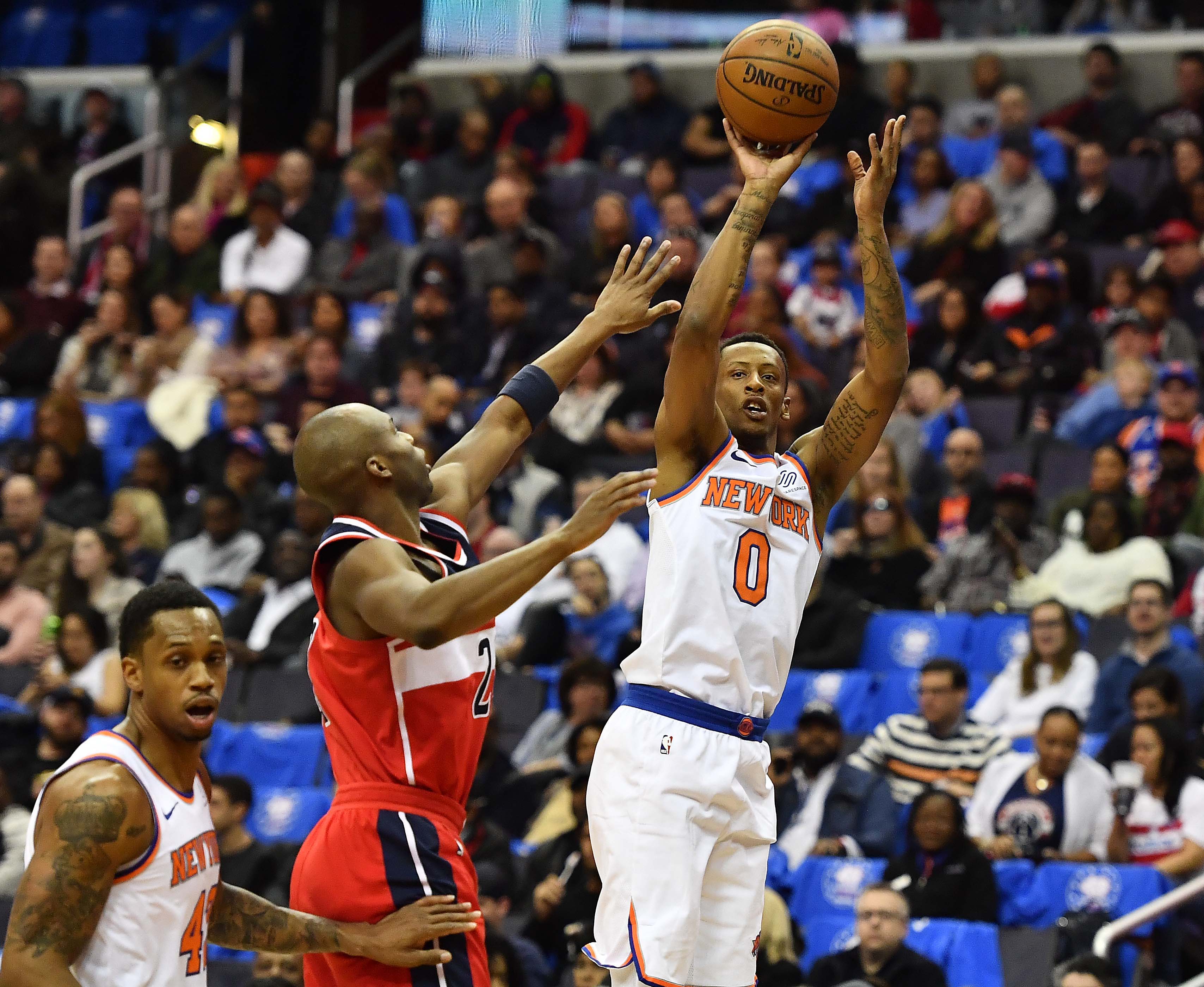 Scott Perry has repeatedly said that the Knicks are in what he considers to be the talent acquisition phase. With a couple of favorable selections in the 2018 NBA Draft, the team will hope to snag a couple of promising youngsters that help bolster its future.

The interesting thing about draft prospects is that although they boast worthwhile upside, they obviously lack the professional experience that prepares them to make a meaningful impact sooner than later. If they’re forced to go through an adjustment period, a team like the Knicks isn’t likely to benefit from their full services right off the bat.

Alas, an up and coming youngster that might help New York a bit sooner may be right under their nose. Though he went undrafted in 2016, it’s interesting to ponder where Troy Williams would be selected if he came out this year instead. At 23 years old, he’s still youthful enough to be compared to prospects of the new draft class. Nevertheless, Williams has already been exposed to the pro game and has gone through a transition that helped him develop the pose necessary for the next level.

Before catching on with the Knicks and averaging 7.5 points on 49% shooting with 3.5 rebounds and 1.1 steals last season, the forward played his way through 52 G League games in his first two pro campaigns.

G League head coach Glynn Cyprien, who mentored Williams in 2016-17 with the Iowa Energy, has faith in the young gun’s abilities.

“My relationship with Troy goes way back. As a college coach, I recruited him out of high school,” he told KnicksJournal.com. “Unbelievable athleticism with a big time motor. He flies around and I think he’s a talent.”

What’s more, Cyprien’s impression of him aligns with the potential Williams flashed during his stint in orange and blue. He’s a raw talent, but certainly knows how to attack the basket and create scoring opportunities. There just needs to be more refinement in his game.

“Once he learns how to play with pace on the offensive end and improves his shot selection, he has a chance to be special,” the coach said.

After making his mark with New York following two ten-day contracts, Williams has a chance to really stick in the season ahead. He’s the only current player with experience under new head coach David Fizdale, having played for him with the Memphis Grizzlies.

“I think having Fizdale in New York will help him,” Coach Cyprien said. “Troy has to do his part, but having a coach who knows him will allow him to play his game.”

It’s no secret the Knicks need more depth at the wing, ideally in the form of a defensive-minded forward. Unfortunately, this year’s draft class instead features a plethora of talented floor generals, especially in range at which the Knicks are poised to select.

But perhaps they can find some of what they’re looking for in Williams. He’s someone his former coach considers “tough as nails” and certainly has the length and quickness to cover multiple positions. He’s athletic as hell and can attack with ease. While his offensive game could use more polish, Williams’ professional experience could give him a leg up on a prospect the Knicks may consider through the draft.

Perry and Co. have very well begun the talent acquisition phase, securing a talent like Williams early on. It’ll be interesting to see if he can help the team chip away at filling a major need.