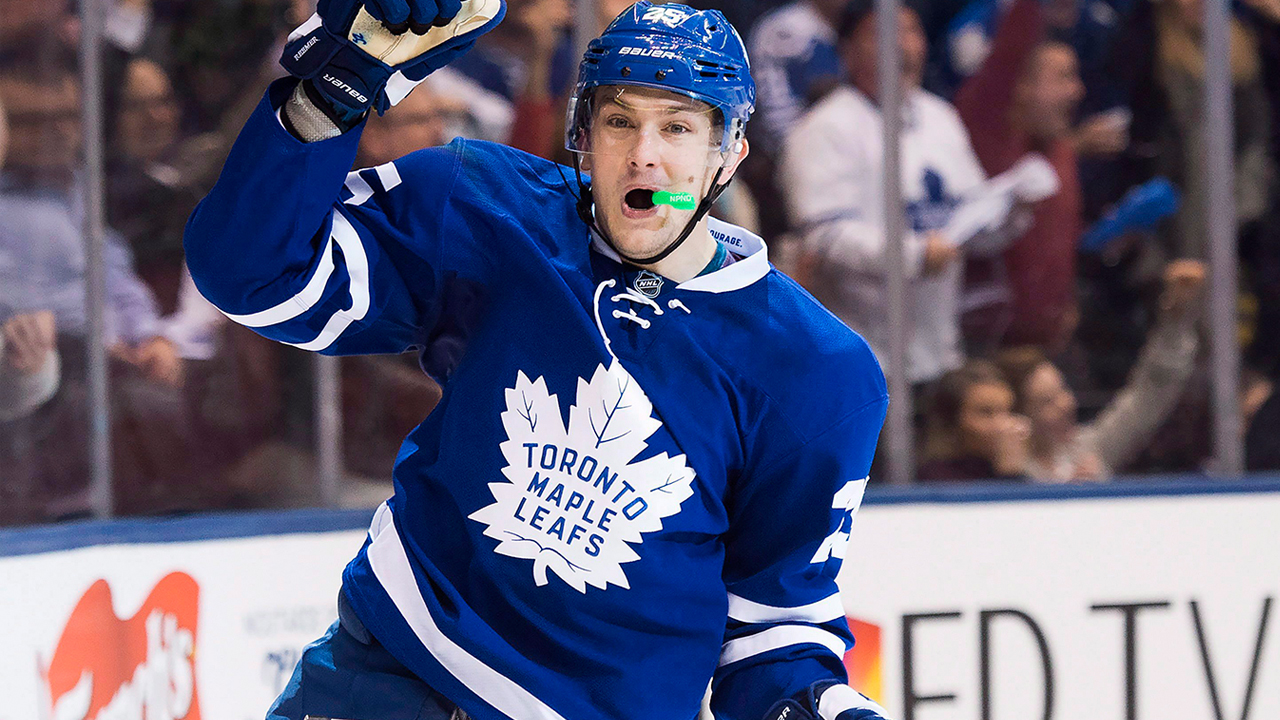 Peter Chiarelli, sometimes positively and sometimes negatively, hasn’t been afraid to go big game hunting since taking over as the GM of the Edmonton Oilers. The club badly needs help on the wings this off-season, and likely has enough room for one big addition to the roster. Would Chiarelli make wing that addition for the second time in three years?

His contract to Milan Lucic on July 1st, 2016 backfired in a big way, but he needs to address the lack of scoring from that position this summer. If he does, it’s very possible, if not likely, that Edmonton returns to the playoffs next April.

James Van Riemsdyk is one of the biggest names on the market this summer, is a proven goal scorer and fits the Chiarelli/McLellan template like a glove.

Toronto is about to enter cap hell, as they’ll have to pay Auston Matthews, Mitch Marner and William Nylander within the next 13 months. Getting those contracts done, while also adding to their defensive group, will be a hard enough task.

Getting it done while also re-singing Van Riemsdyk? Impossible unless he takes a massive hometown discount for the Leafs. It’s possible that he does, but all signs point towards JVR hitting the market on July 1st.

After getting traded to Toronto from Philadelphia in the summer of 2012, JVR has blossomed into a legit top-six forward at the NHL-level. He’s scored at least 25 goals in four of the last five seasons, and would have hit the mark in the other had he not missed 42 contests that year.

In 81 games this past season, JVR posted 36-18-54 while averaging just 14:54 TOI-per-game. The fact he produced that kind of offense while playing a lesser role is quite staggering really. To me, he was the most impressive player no one talked about in the NHL this past season.

Not only does JVR produce offense, but he’s also a fine two-way player in my eyes and is the kind of veteran leader the Oilers would absolutely covet. He’s been through a number of different tough situations and has been to a Stanley Cup Final before.

The 6’3”, 217 pound forward posted a 55.6% Corsi For in Toronto this season, while starting 62.7% of his shifts in the offensive zone. JVR isn’t a liability by any means, but his value comes in the offensive end.

Here’s a look at JVR’s scouting report via The Hockey News:

Assets: Boasts an outstanding combination of size, speed and skill. A surprisingly good passer, he owns plenty of scoring prowess thanks to an accurate shot and willingness to drive to the net to score goals. Owns a long reach.

Flaws: Is still a little raw in his defensive game, and sometimes he gets caught out of position. Could stand to use his size more to his advantage and become a little nastier. Needs to keep the intensity level on high at all times.

Van Riemsdyk is a top-six forward in the NHL, there is no debate there. He’d play on a handful of team’s top-lines, and if not there then he’d be a second-line winger on just about every team.

In Edmonton, he’d instantly be the best natural left winger on the team. That said, he likely plays on the second-line with Leon Draisaitl, while Ryan Nugent-Hopkins takes back his spot as Connor McDavid’s wing-man to start the season.

Van Riemsdyk would, without question, be a concern when it comes to expansion. He’ll get a long-term deal this summer, and will likely need to be protected when Seattle enters the NHL. Any team that signs him to a contract should be aware of that fact.

Jame Van Riemsdyk is a very nice fit for the Edmonton Oilers. He’s a bigger forward with decent size and is a natural goal scorer. He fills a massive hole on the wing, and would instantly make the team better upon arrival.

The only problem, as with so many of these fits, is the cost to get him to town. Van Riemsdyk, should he leave Toronto, is likely to command a big contract and will surely price himself out of Edmonton’s range.

On top of that, for whatever reason, Eastern American players aren’t crazy to head to Western Canada as free agents. It very rarely happens, and usually the players express a desire to play closer to home (Hello, Kevin Shattenkirk).

The Oilers would be foolish to not call on JVR should he hit the legal tampering period a month from now, but odds are a deal won’t be in the cards here. It’s too bad, because I think he’d fit in very nicely.