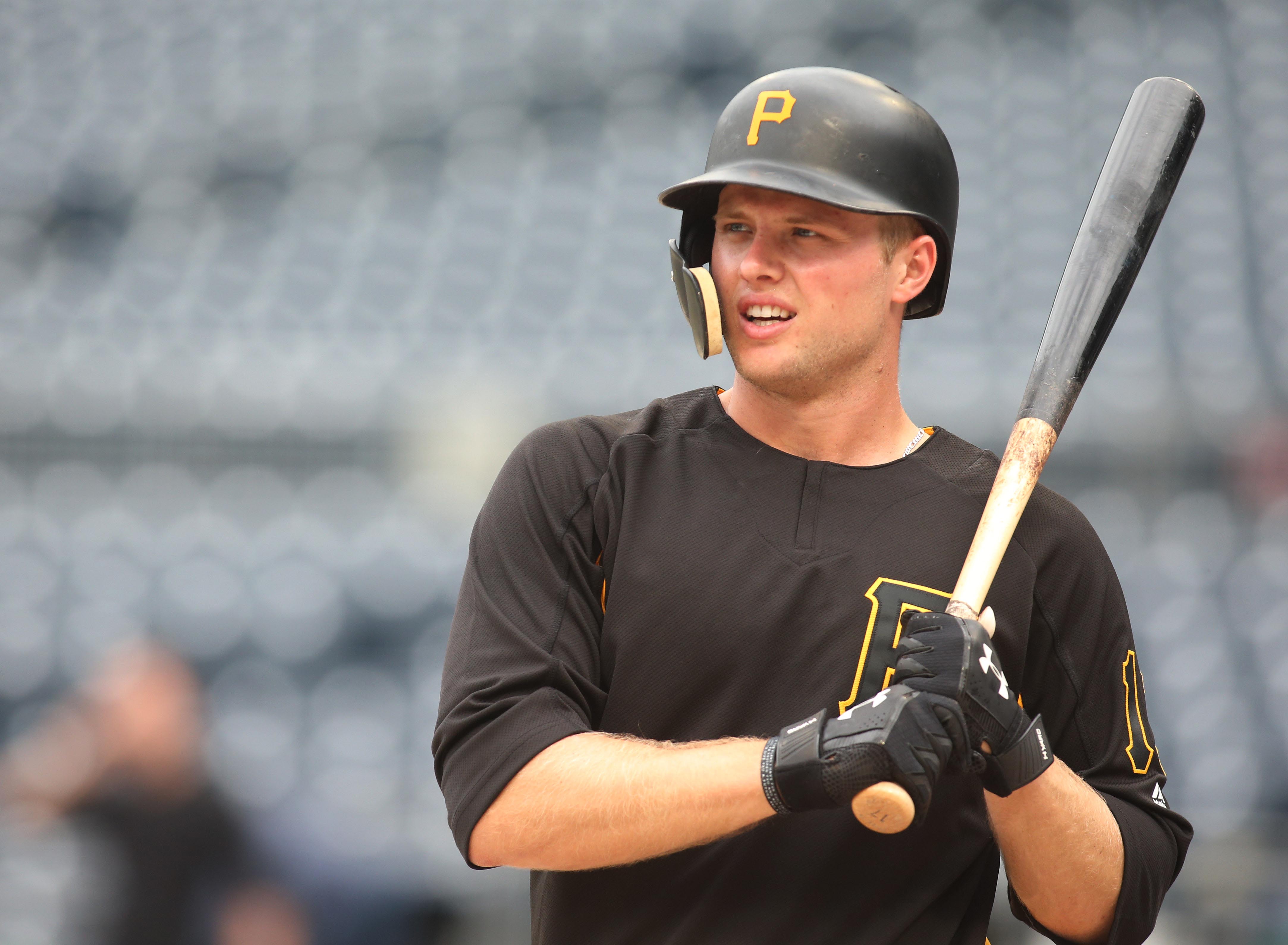 As soon as Pittsburgh Pirates prospect Austin Meadows got his first major league hit Friday night against the San Diego Padres, current right fielder Gregory Polanco had a bullseye on his chest.

That bullseye grew larger on Sunday when Meadows hit his first MLB homer, capping off a 3-for-4 day.

Then in Tuesday’s loss to the Cincinnati Reds, Meadows connected for another homer, while Polanco came up in a big situation with the bases loaded and didn’t come through, all but killing a rally and a chance to get back in the game.

With four games in the books and a 6-for-15 start at the plate, which includes two dingers and a stolen base, it seems as if the entire fan base thinks Meadows should be Polanco’s permanent replacement.

It’s not going to happen.

The first is should Meadows replace Polanco as the clubs starting right fielder?

That answer is likely yes.

The second question is will Meadows replace Polanco?

That answer is no.

Fifteenat bats doesn’t make a career and baring Starling Marte’s injury, Meadows could have hit .900 and Triple-A and wouldn’t have gotten called up this season unless injury dictated otherwise.

Meadows is only 23 years old and because of his own injury history, a full season of regular at bats is likely what’s best for him.

The only certainty in this situation is that Polanco has become the fans whipping boy.

According to the fan base, he is the root of all the Pirates problems.

But he hasn’t been that bad at the plate (I did say at the plate, not defensively where he has been brutal).

He also leads the club with 24 walks entering play on Tuesday, and is in the top 10 among major league right fielders with a .790 OPS.

He hasn’t been great, but Polanco isn’t the problem.

If moving on from Polanco because of his low batting average and ignoring all of the other peripherals makes sense, well then let me ask one thing.

Bryce Harper is hitting .231, would you prefer Meadows over Harper as well if he were in a Pittsburgh Pirates uniform?

How about Anthony Rizzo, who is hitting .204?

Like it or not, Polanco is part of that production.

While he may be the most frustrating player to watch in a Pirates uniform, especially defensively where it seems like he gets worse by the series, Polanco has done nothing to lose his job, especially of late.

The point being is don’t overreact to a few good games from Meadows.

It’s going to take more than that for him to push Polanco out of a job.

Polanco came out of the gates hot too

If you remember, it was Polanco who came up from the minors and started his Pirates career with hits in his first 11 games and hit safely in 14 of his first 16 contests.

How did that turn out?

Two months later Polanco had a hard time seeing the field and getting consistent at bats.

Polanco really wasn’t ready for his first call up and wouldn’t have been summoned if not for Neil Walker’s Appendectomy.

Ideally he would have been better off with another full season in Triple-A.

The same could be the case for Meadows.

How will Meadows adjust?

Keep in mind Meadows is young and barely has over 400 Triple-A at bats to his credit.

It’s not how you start out, but how you punch back after the league figures out how to pitch you. Some guys can’t get back up off the mat. Some guys can.

No one knows which category Meadows falls into yet.

There’s nothing about Meadows that doesn’t scream that he’s going to be a better all-around player than Polanco.

And is he right now?

But the Pirates aren’t going to leave Meadows up to be a bench player and to split time.

It’s just not what they do.

They want him to get regular at bats and he won’t get that in Pittsburgh.

Call it sad, call it silly, but that’s the reality of the situation.

Why can’t Meadows stay Up?

Your fourth outfielder can’t be limited to just right field and even the mere thought of having to use Polanco in left or center field is disastrous.

As for a platoon?

They are both left-handed hitters so that won’t work either.

That much may be inevitable.

But he’s not being handed it after four games.

Once Marte comes up, Meadows will go back to Triple-A.

Is it the right call?

When it happens, you will hear the same old “Pirates are cheap,” and “Pirates don’t want to win” takes from the fan base.

That’s not the case here at all though.

No one wants to see Meadows up and penciled in as the every day right fielder more than me, but it isn’t going to happen.

I just can’t see the Pirates moving on from Polanco.

Meadows will arrive in Pittsburgh permanently one day.

Until then, right field is Polanco’s job to lose.

For most, that day can’t come soon enough.