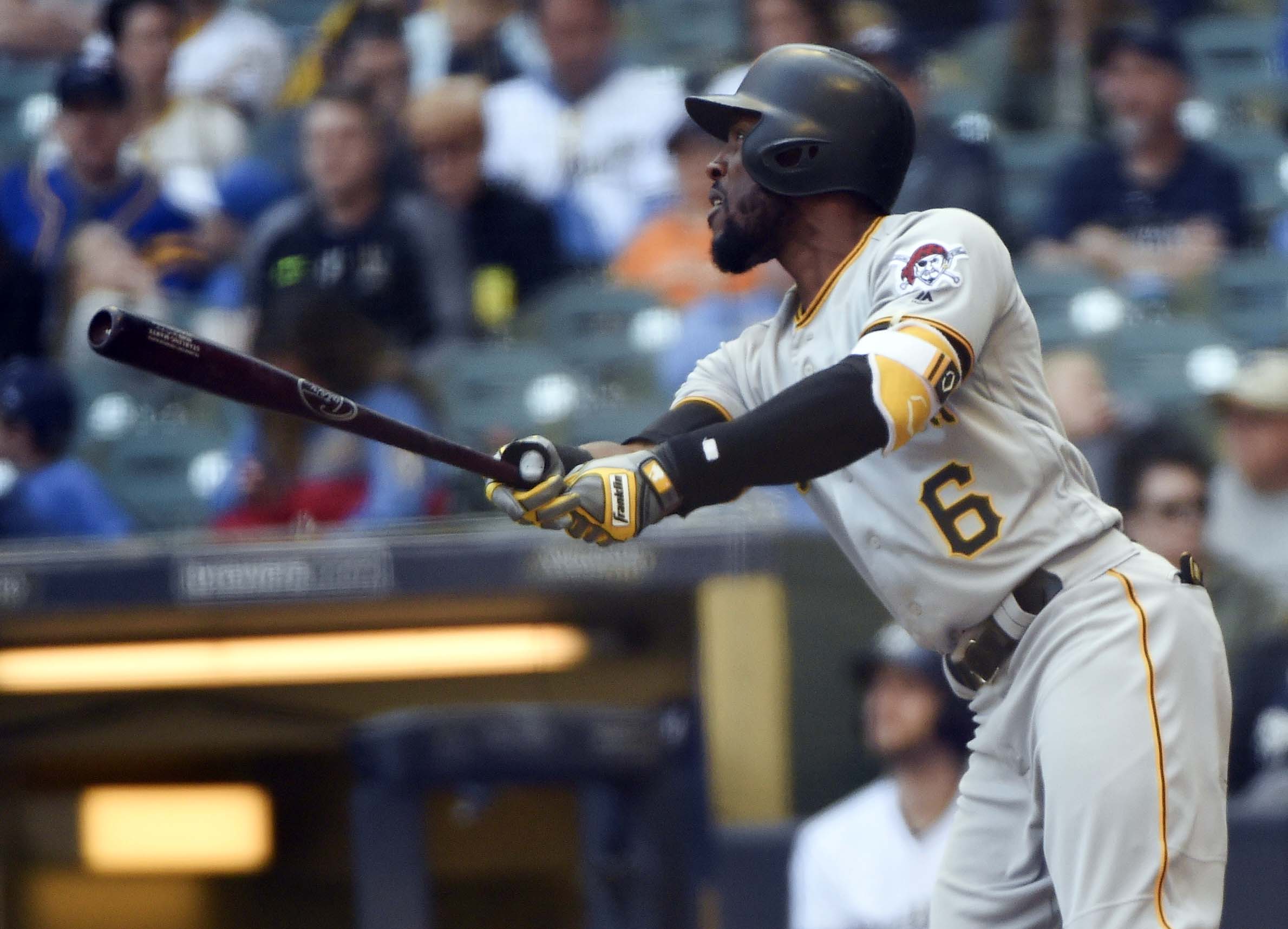 Since the Pittsburgh Pirates placed Starling Marte on the disabled list four games ago, the Bucs have gone 0-4.

The record is one thing, but it just goes to show how much the Pirates miss Marte when he’s not in the lineup.

Sure Austin Meadows has been great in Marte’s absence, but it’s what not having Marte penciled into the three hole of the lineup has meant to this team.

Marte, who’s on the 10-day disabled list with a right oblique strain, can’t get back fast enough.

Francisco Cervelli should not be batting third for any major league or minor league team.

That also includes going just 1-for-12 in the four games he has been bumped up to the three spot in the lineup.

Gregory Polanco has picked it up during the month of May, but I hate him in the two hole as much as I hate Cervelli in the three hole.

Some things just don’t work and this is one of them.

That was evident in Tuesday night’s loss against the Reds when Polanco and Cervelli came up with the bases loaded and one out.

Neither came through with a hit or even a good at bat.

Marte may have not gotten a hit there either, but I like his chances a lot better.

Cervelli has gotten some big two-out hits this season and I guess that’s Clint Hurdle’s logic of batting him third, which he is once again doing tonight, but he still shouldn’t be there.

I know Hurdle doesn’t want to stack a left-handed hitter behind Polanco, but he can do that with a couple of right-handed bats on the bench if he needs to make a move late in games.

Corey Dickerson, even though he’s struggling too, makes a little more sense to bat third.

If Hurdle needed to he could move Meadows or Colin Moran up a spot or two in the lineup if need be so Cervelli could hit in his customary six hole.

It’s really more of a knock on Hurdle than it is on Cervelli that he’s been batting in the three hole.

If anything it just goes to show how much the club misses Marte.

It was evident through 80 games last season and has already been a problem for a week this year.