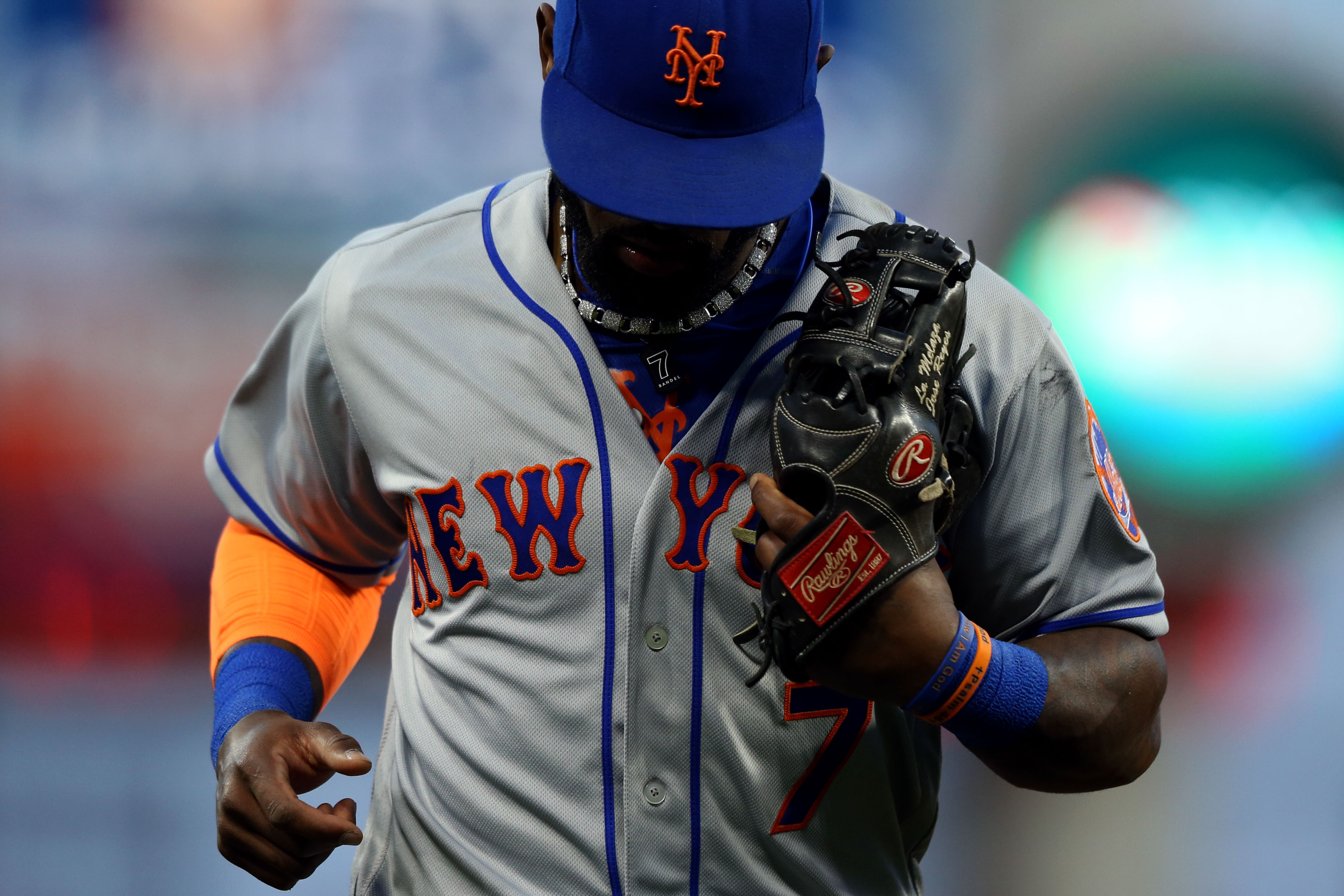 On the same day that the New York Mets bet on a 37 year old former All Star to help prop up their offense, their 34 year old former All Star shortstop had a disastrous day in the field. Jose Reyes made a pair of critical defensive mistakes early in the Mets’ 5-1 loss to the Miami Marlins, helping to put them in a 3-0 hole they could never climb out of. Despite the fact that Reyes has been mediocre all season and is hitting just .145 with one extra base hits in 55 at bats, his roster spot doesn’t appear to be in jeopardy right now, SNY’s Andy Martino reports.

The Mets’ insistence on sticking with Reyes is downright stubborn and is costing the team games. While there are other players on the roster that haven’t lived up to their potential, such as the back of the rotation or Jay Bruce, Reyes is easily replaceable at this stage of his career. Reyes has shown no ability to offer value as a pinch hitter and has become a defensive liability wherever the Mets put him in the field. Injuries have without a doubt saved Reyes’ job for now since the Mets don’t have a ton of healthy bodies, but there are better options than Reyes.

One of those is Luis Guillorme, who has showed off a slick glove since he has been recalled and offers more potential with the bat than Reyes. Guillorme has gotten only a handful of starts since he was recalled from the minor leagues, but he has already collected four hits in 14 at bats, compared to eight in 55 for Reyes. Reyes also has the same number of extra base hits (1) and RBI’s (1) as Guillorme despite having a significant leg up in terms of playing time.

The reckoning may come soon for Reyes as Todd Frazier is slowly working his way back from a hamstring injury. Once Frazier returns from the disabled list, the Mets should send Reyes on his way and keep Guillorme up as a valuable bench player who can capably defend at multiple positions and offer some pinch hitting ability. The Mets as a team have relied way too heavily on over the hill veterans to anchor their offense, including Reyes, Adrian Gonzalez, and the newly signed Jose Bautista. It isn’t 2012 anymore, and the odds of the old Reyes walking through the door are slim to none. Reyes is holding the team back, and the longer the Mets stick with him the more they hurt their chances of winning games.