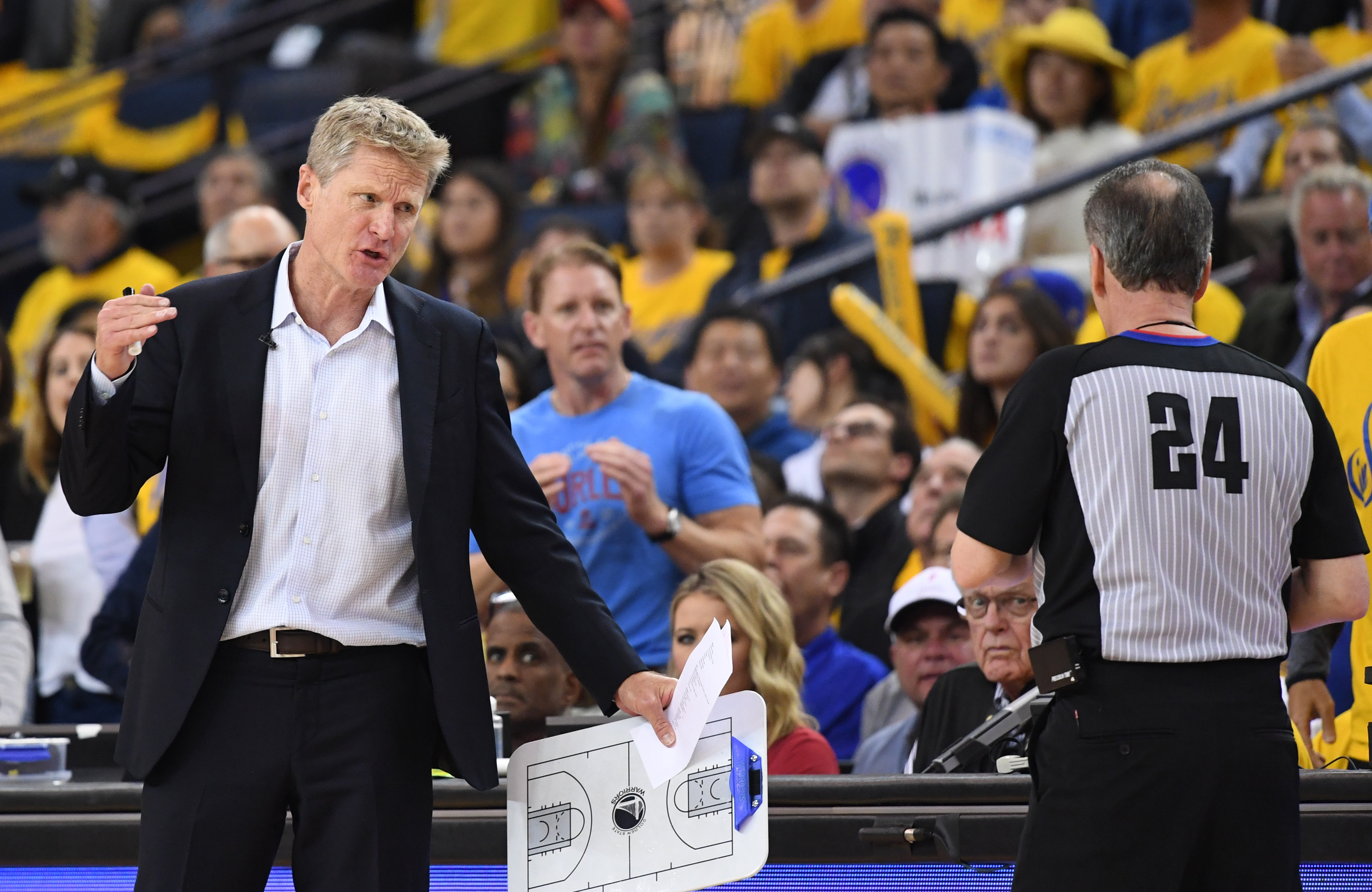 The Warriors were undermanned in Game 4, and it hurt them, big-time. Their players were gassed in the fourth quarter, and it amounted to them scoring only 12 points.

That ended up being their lowest-scoring quarter of the season, and it was clear that fatigue played a big role.

Andre Iguodala was absent from the starting lineup, as he was dealing with a knee injury, and the “Hampton 5” became the “Hampton 4.”

Warriors head coach Steve Kerr was asked about his status, as well as Klay Thompson — who got dinged up on a collision in Game 4 — and he appeared optimistic that both will play in Game 5.

Andre Iguodala is feeling better, per Steve Kerr, and Klay Thompson is moving around very well, likely to play. The update here. pic.twitter.com/bJkNdr2OlA

We’ll see what happened on Thursday.