Your Morning Dump... Where we solve problems and help Al Horford 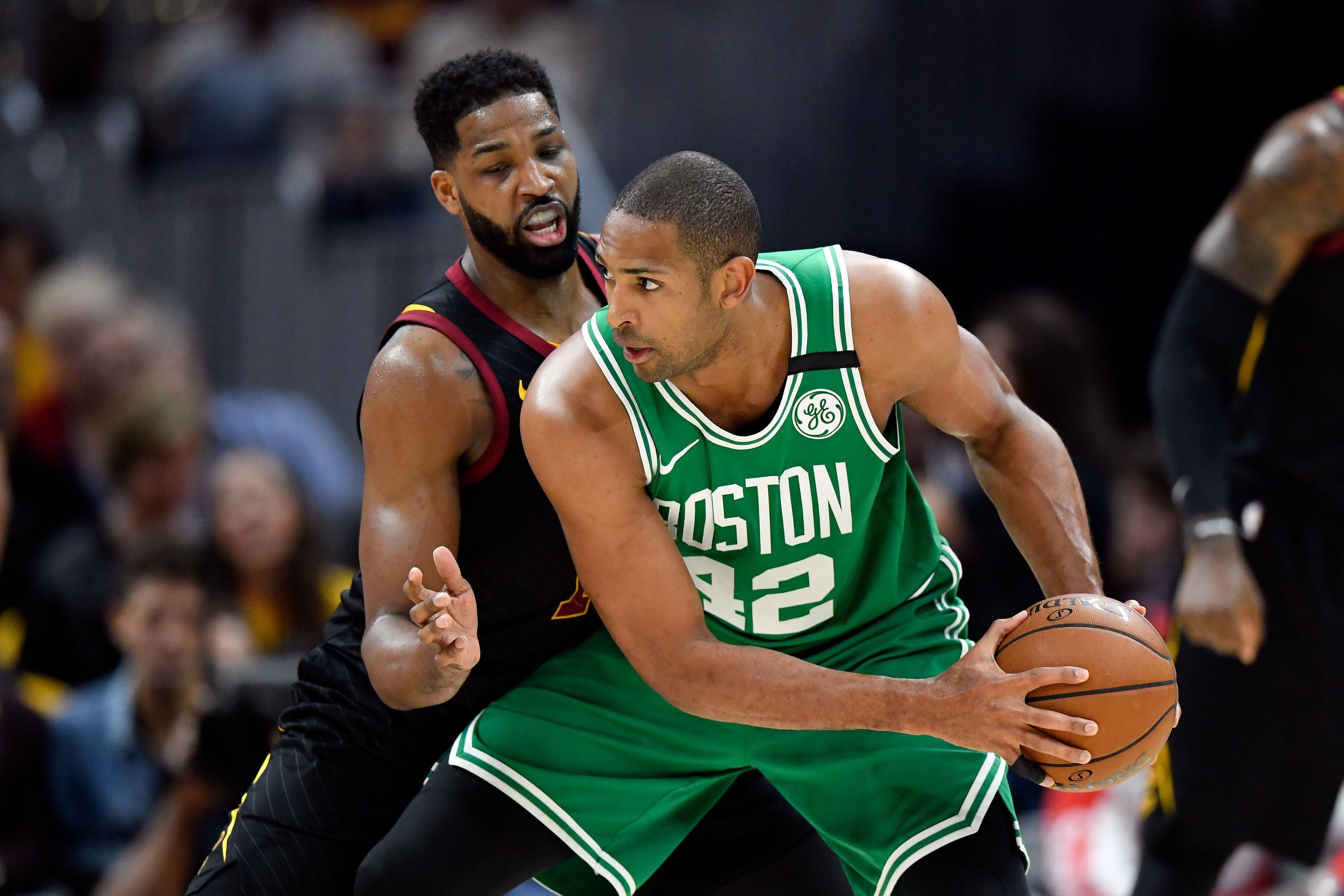 Your Morning Dump... Where we solve problems and help Al Horford

Smart defended James the way he defends everyone else: by being a pest. He picked him up full court several times, bumping him along the way and making him work. He drew an offensive foul. He did not get pushed around, because he never really gets pushed around.

“Our job was to make it as hard as possible for him,” Smart said. “I felt like I could do that.”

Smart certainly did it better than any of his teammates. In 19 possessions against Smart, James turned the ball over four times. There were moments when he even seemed to find Smart to be a nuisance.

James did make 4 of 7 shots when defended by Smart, but he was 9 for 12 against Jaylen Brown, Al Horford, Jayson Tatum, and Terry Rozier combined.

Boston Globe: Marcus Smart gets an A on D… and other Celtics thoughts

The silver linings of a frustrating road loss were masked by an unreasonable number of missed layups and dunks, but there were a few positives to take away from Game 4, including Marcus Smart picking up the slack on defense. The Celtics won the second, third, and fourth quarters after a disastrous first, in no small part to the Celtics doing a better job stopping the ball.

People were grilling the Celtics for allowing LeBron to switch onto Terry Rozier whenever he wanted, even though they were content with him settling for the same long, contested two-point shots in Boston. Expecting LeBron to start missing shots is the wrong approach no matter who is guarding him – the key is getting him to turn the ball over. If anybody is up to that task, it’s Smart. LeBron had 7 turnovers in Game 4, which is understandable when the ball is in his hands all the time, but it’s still a lot no matter how you look at it. The Celtics were outworked in almost every aspect of the game, but still won the battle of turnovers 18 to nine.

On page 2, Tristan Thompson is a problem

Horford started off the series strong but his scoring and assist numbers have declined over the last two games.

Lue’s move to reinsert Tristan Thompson back into the starting lineup in Game 2 is a huge reason.

Thompson has not only helped things move better on the offensive end for Cleveland , he’s combined with Larry Nance to make things difficult on Horford. Horford had just four shots and seven points in 30 minutes in Game 3. He scored 15 points in Game 4 but was just 5-of-13 from the field with one assist.

Boston.com: What the Celtics and Cavs had to say ahead of Game 5

Tristan Thompson has clearly become one of the three or four most important players for Cleveland in the Conference Finals. While some of Cleveland’s veterans and new acquisitions began to look competent on their home court, Thompson has been a thorn in the Celtics’ side for years. His style of play matches that of many Celtics – making hustle plays and playing physically to earn extra possessions and inject energy into the game. Al Horford and Aron Baynes have tackled tougher defensive assignments, but have had issues with players who are active on the offensive glass (Dario Saric had 17 offensive rebounds in five games against Boston in the second round).

It’s a new challenge, far as these playoffs go, to have to do more while Al Horford does less. In previous round, the Celtics had to adjust to pesky perimeter defenders giving Terry Rozier problems. The Cavs defense was impressive in Cleveland, but far from suffocating, and the Celtics were still getting a lot of looks that they wanted. Horford has looked good as a pick-and-pop guy, but the Celtics will need a lot more playmaking out of the rest of the roster with Horford playing in unfavorable matchups. Typically, we would turn to Marcus Smart with that task, but don’t sleep on Jayson Tatum and Jaylen Brown getting the ball and posting up Kyle Korver and George Hill, who have been great defenders thus far, but sometimes the best way to suppress their offense is to make them work on defense. As we know from Game 2, the Celtics can survive LeBron’s onslaught if they keep his helpers in check.

In short, Jalen Rose thinks Kyrie Irving doesn’t want the Celtics to win a championship without him at the fear of becoming expendable.

Ready for another hot take? Here’s mine: The Celtics are not a better basketball team without Irving. It’s a stretch to think that a team could get better after winning a title (not that I think they can do it this year), except we just saw the 73-9 Warriors (two field goals away from a title) add Kevin Durant to their roster and win one of the least surprising championships in the history of sports. Keeping Kyrie would mean the rich get richer, no matter the outcome of the season.

“We’re paying him how much?”, he asks rhetorically. $20 million. Kyrie Irving, a borderline top-10 player in the league, is getting paid $20 million next season. Meanwhile, James Harden will be making $30 million and Stephen Curry will earn $37 million next year. Kevin Durant, on his “bargain” deal, will make $25 million. You simply can’t find talent like Irving for his current price. Trading him would be lunacy unless the Celtics could get an incredible deal. If you really want to fire up the trade machine, you could come up with a package to go after Karl-Anthony Towns, although the rumors of him wanting out of Minnesota have already been dispelled and it seems unlikely he would go anywhere.

NBA.com: C’s working on adjustments to increase efficiency in Game 5

Boston.com: Justin Tatum on his son’s rookie year: ‘You’re living the dream’ | ESPN: The streak, the road trip, and the moments that made Boston believe