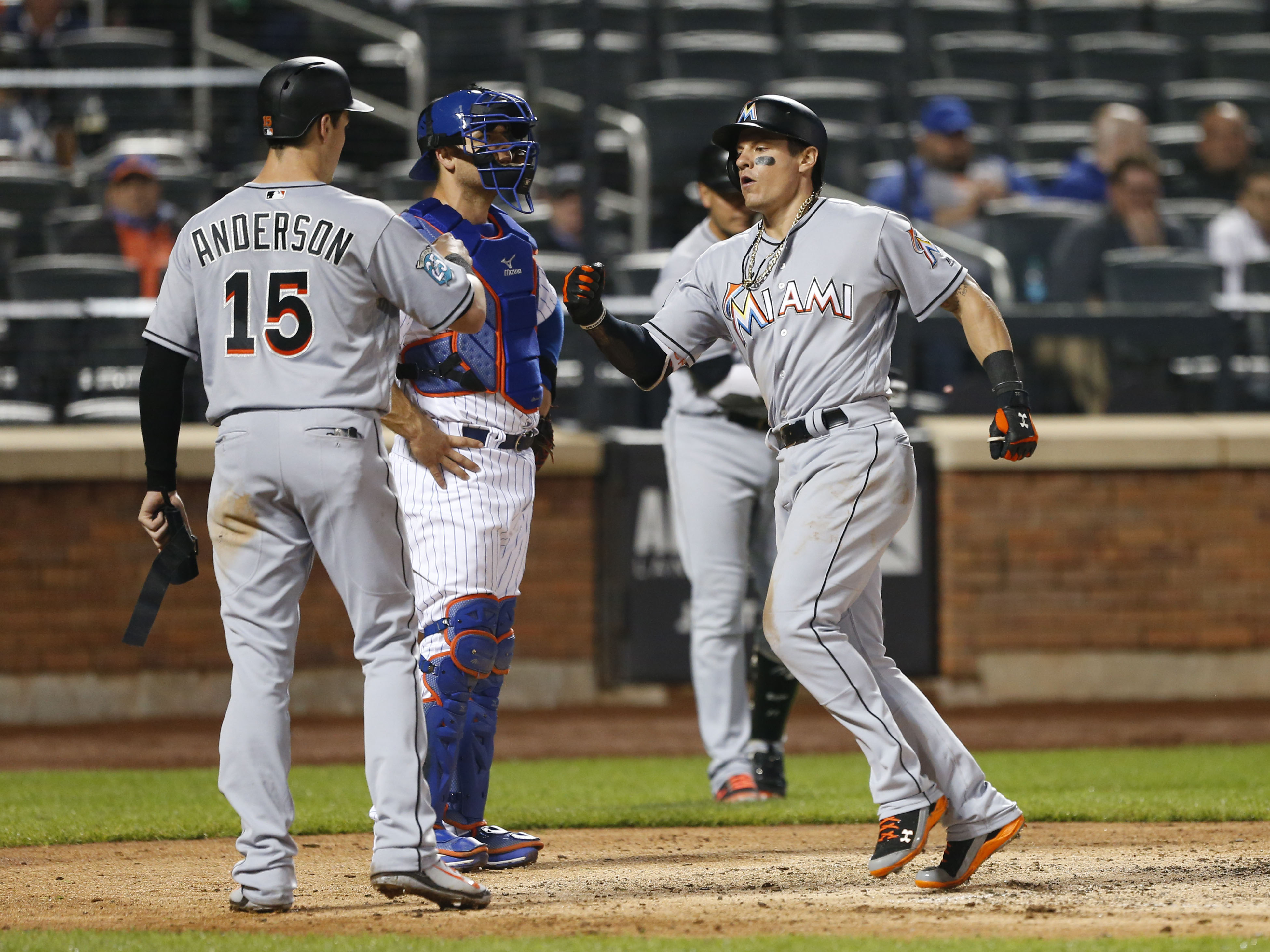 He may not show it publicly, but Jacob deGrom must be seething this morning. Despite working without his best stuff, deGrom was excellent for the New York Mets last night, going seven shutout innings to give them a chance to defeat the Miami Marlins. While a lot of heat is going Jeurys Familia’s way, and he does deserve some after blowing his fourth save of the year (two of which have come in deGrom’s starts), the bigger culprit in the defeat is the Mets’ anemic offense.

The Marlins are (despite Derek Jeter’s claims to the contrary) not trying to win this season. Miami has a team ERA of 4.92, which is the fourth worst mark in the major leagues, and sent out the immortal trio of Elieser Hernandez, Caleb Smith, and Dan Straily in this series. The Mets managed to get just three runs in three games against those pitchers, and one against the Miami bullpen, which is the worst in the majors with an ERA of 5.60 and employs a closer in Brad Ziegler who entered the series with an ERA of 7.20. That bullpen tossed 8.1 innings and allowed only an unearned run on Monday, with Ziegler allowing one hit over two days and needing only 21 pitches combined to get consecutive saves.

The issue is that the Mets’ offense is simply pathetic to the point it makes the May 2015 edition of the team look good. Yoenis Cespedes and Todd Frazier being on the disabled list hurts, but the Mets haven’t gotten nearly enough out of Jay Bruce (.233/3/14), Michael Conforto (.221/4/13), or Wilmer Flores (.235/3/10) to make up for their absences. Asdrubal Cabrera has been the Mets’ best hitter in the early going, but he is starting to cool off and has never been a guy who can carry the offense by himself. Aside from Cabrera, the Mets’ best regular has been Adrian Gonzalez, who is hitting .265 with five homers and 20 RBI’s. That would be fine production if Gonzalez was simply a role player in a deep lineup, but when he is one of the two best hitters on the team that’s a big problem.

Unless the Mets start to hit, they won’t be able to hang in the playoff race for long despite the mediocre nature of the National League. The team has plenty of holes offensively, and playing washed up veterans like Jose Reyes or Jose Bautista won’t help. The offense simply looks old right now, and old players don’t always find the fountain of youth when the weather warms up. The Mets may be paying the price for Alderson’s decision to build the franchise’s core on power pitching in an era where other teams have realized the value of dynamic young position players. The team did get to one World Series and a Wild Card game with its pitching staff, but it now looks poised to get left in the dust as teams with dynamic young hitters like the Braves and Phillies pass them by.