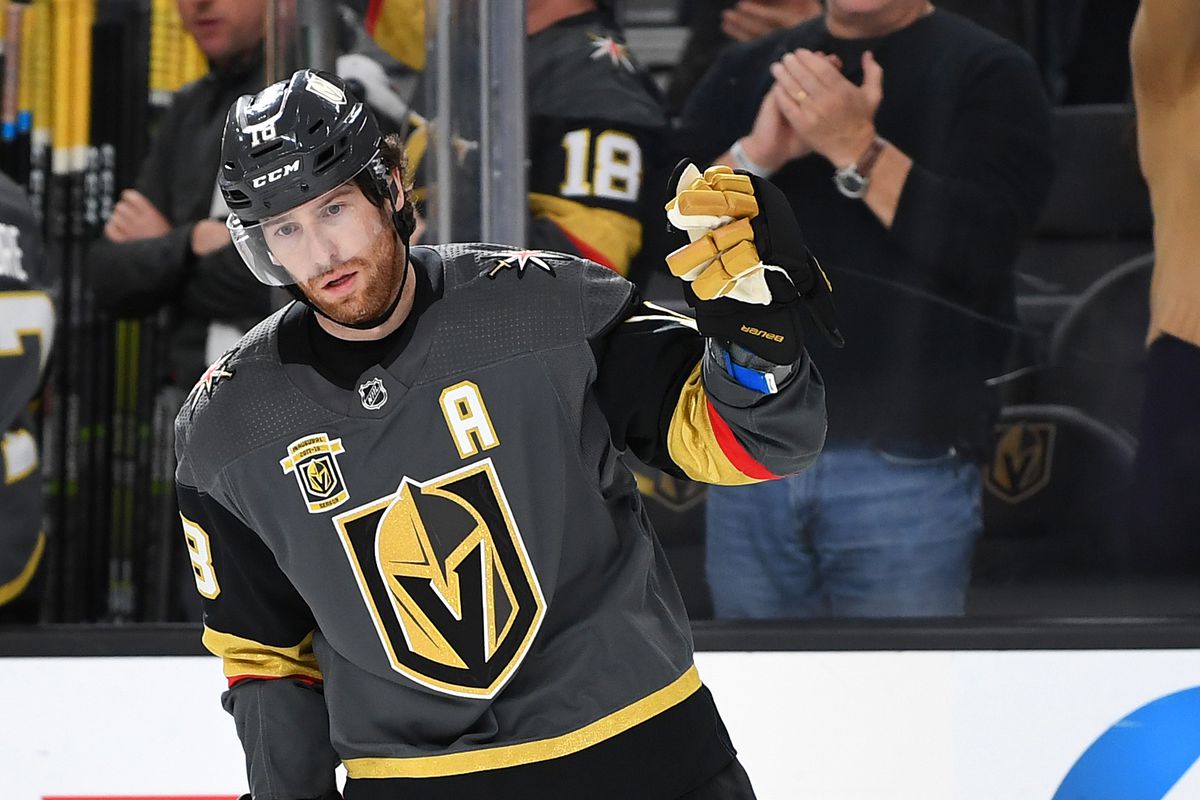 Finding a veteran scorer to play on the wing very well could be top priority for Edmonton GM Peter Chiarelli. If it is, a name talked about a lot last summer could be in play.

James Neal was selected by the Vegas Golden Knights in the expansion draft, and the thought process was that he would be dealt at the deadline as a pending UFA. Well, Neal was never dealt because Vegas actually ended up being pretty good. Edmonton wasn’t, and the teams saw their expected roles reversed this past season.

Neal still doesn’t have a contract for next season, however, and very well could be on the move as a free agent on July 1st. While he was good for the Golden Knights, he was far from their best forward.

Neal will be looking for a big money, long-term deal when he hits the market. Vegas could very well be the team that gives it to him, but they are apparently going to be all-in on John Tavares and Erik Karlsson in hopes of landing one of them.

With Jonathan Marchessault, Riley Smith, William Karlsson, Alex Tuch, Tomas Tatar and a plethora of strong prospects being the future, the club may elect to keep their powder dry on Neal.

All things considered, I don’t think that would be a bad decision on their part.

Here’s a look at Neal’s scouting report via The Hockey News.

Assets: Knows where to go to score goals. Has a very good shot, and he loves to use it. Also boasts very good size, which he uses effectively in the corners and in front of the net. Scores goals often because of a quick trigger.

Flaws: His physical game can at times go overboard, as he sometimes plays over the edge. In general, he takes too many bad penalties. His skating is only average and his defensive game below current NHL standards.

Neal is a top-six forward in the NHL, no debate there. In Edmonton, he’d be the best natural left-winger on the roster and would line up next to Connor McDavid or Leon Draisaitl every night. It’s not crazy to imagine a couple of 30 goals seasons in that kind of spot.

Neal would be a factor in any Seattle expansion draft. He’s going to get a long-term deal and will need to be protected. It’s something GM’s should at least consider when going after him this summer.

Neal is finishing up a six-year deal that pays him $5,000,000 on the cap per year. I suspect that, at 30-years old, Neal will be in tough to get another six-year term.

I’ll say four years at about $4,500,000 per gets it done with Neal. Especially if he falls short in the Final for the second year in a row, a winning team will be a factor for him.

When the Edmonton Oiles go to free agency this July, they’ll likely have room for only one bigger addition to the roster. If I were in charge, that addition would be on the wing. James Neal isn’t a complete player, but he’s the best goal scorer on the market and would absolutely make the Oilers a better team.

There was smoke surrounding this player and the Oilers as a deadline target early last season, but the chance never presented itself. With Neal on the market and Edmonton having a massive hole, it makes too much sense. I also don’t think Neal will outprice himself like some other free agent options.

Peter Chiarelli absolutely should be placing a call should Neal hit the legal tampering period in late June.