Now isn't the time to worry about Felipe Vazquez 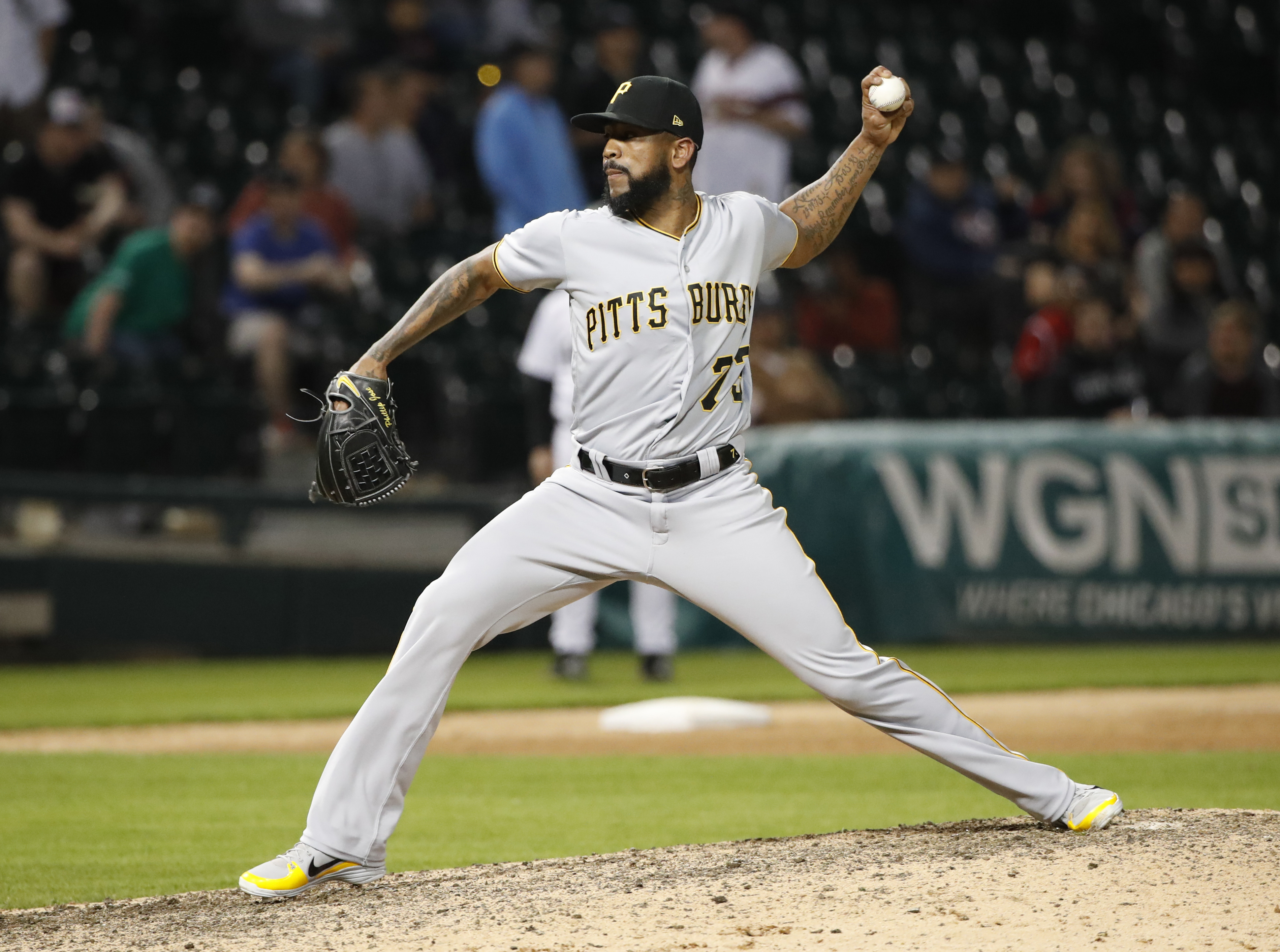 Now isn't the time to worry about Felipe Vazquez

Wednesday night, Pittsburgh Pirates closer Felipe Vazquez did something totally un-Vazquez like. Or un-Felipe Rivero like for that matter.

Vazquez was called upon to record a four-out save and before you knew it the Cincinnati Reds tied the game at four, resulting in the second consecutive blown save for Vazquez.

While it’s easy to get panicked over blown saves and find reasons why Vazquez isn’t the same pitcher from last year, now isn’t the time to panic as for the most part it looks like he’s just been unlucky the past two outings.

A Jordy Mercer error on Sunday proved costly and while Vazquez entered a jam last night, he wasn’t hit hard a couple bloop singles did him in.

However there are some issues to potentially be concerned about if they continue.

First and foremost, this is the one that has most people concerned as we have rarely seen Vazquez hit triple digits with his heater this season.

As you can see in the table below, Vazquez’s velocity is down from last season.

While he averaged over 99 MPH on his heater last season, he’s down to just over 97 this year.

Has Clint Hurdle overused him?

Maybe to an extent, but as you can see from the chart below, Vazquez gained velocity as the season went on last year and by May and June he was averaging 99 MPH with his fastball.

The bigger issue for me isn’t necessarily the drop in fastball velocity, but the drop in velo of his slider.

Speaking of the Slider

That to me is a mystery that Rivero has barely turned to his slider this season.

And when he has it hasn’t had the same effectiveness, which is likely why he has shied away from the pitch.

As you can see below, Vazquez has thrown only six sliders all month long.

That’s really not like him as last season the usage rate on the slider was much higher.

Seeing it drop from 10.68 percent usage last season all the way down to 4.57 percent this year is a bit alarming.

One of the things that makes Vazquez so dominant is he can get hitters out with four different pitches.

Oddly, he hasn’t done that as much this season.

Not Getting Hit Hard

Here’s the biggest indicator of why I believe it’s not time to panic on Vazquez and it’s the fact that he’s not been getting hit very hard at all.

He hasn’t given up a homer this season and there’s some bad luck that’s been involved.

If you look at the league batting averages against all of his pitches, all of the damage has been done against his fastball this year.

That’s just a case of him missing his spots with the fastball on occasion. Those numbers should fall back in line.

It is interesting that he hasn’t given up a hit this season on his slider or curve, which means maybe we should see more of those.

Overall, the league is hitting .238 against him this season and last year hit only .170.

The numbers have jumped, but I still believe nothing to be concerned about.

In terms of the big hit, Vazquez hasn’t given up many as you can see by the league’s slugging percentages against his pitches this season.

He’s not giving up extra base hits, which makes me think that within a month or so, his overall numbers will fall in line with last seasons.

Lastly, and perhaps more important, his hard contact rate has dropped to 19.0 percent this season, down from 26.6 percent last year.

Another couple of areas where Vazquez is a bit off is the walks and strikeouts.

Another drop this season has been the amount of time Vazquez has been able to strand runners on base.

These are just things to keep an eye on as I don’t believe there is cause for concern.

But take out Opening Day and the past two outings and his ERA is 0.53 in the 17 innings he worked in between.

In that span Vazquez has allowed just one earned run and 12 hits while converting all nine save opportunities.

The last two outings haven’t gone his way, but Vazquez is fine.

Nothing to worry about here.