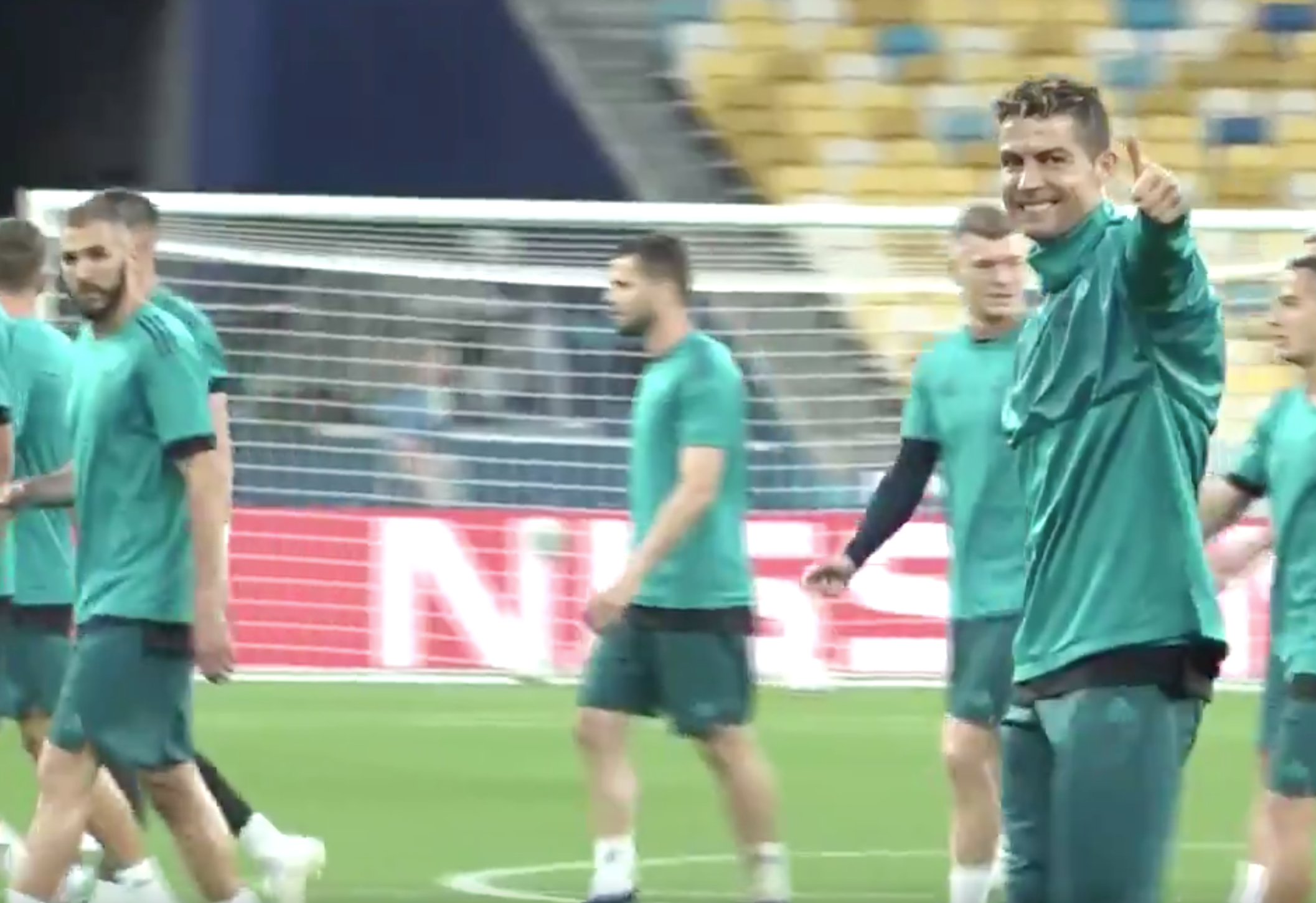 Real Madrid star Cristiano Ronaldo is arguably the best striker in the world, so when he’s preparing to shoot, it’s best to just get of his way.

One particular cameraman learned that lesson the hard way while the team was training for the UEFA Champions League final on Friday.

The cameraman pleaded with Ronaldo to kick the ball in his direction, probably for a shot. Be careful what you wish for, though.