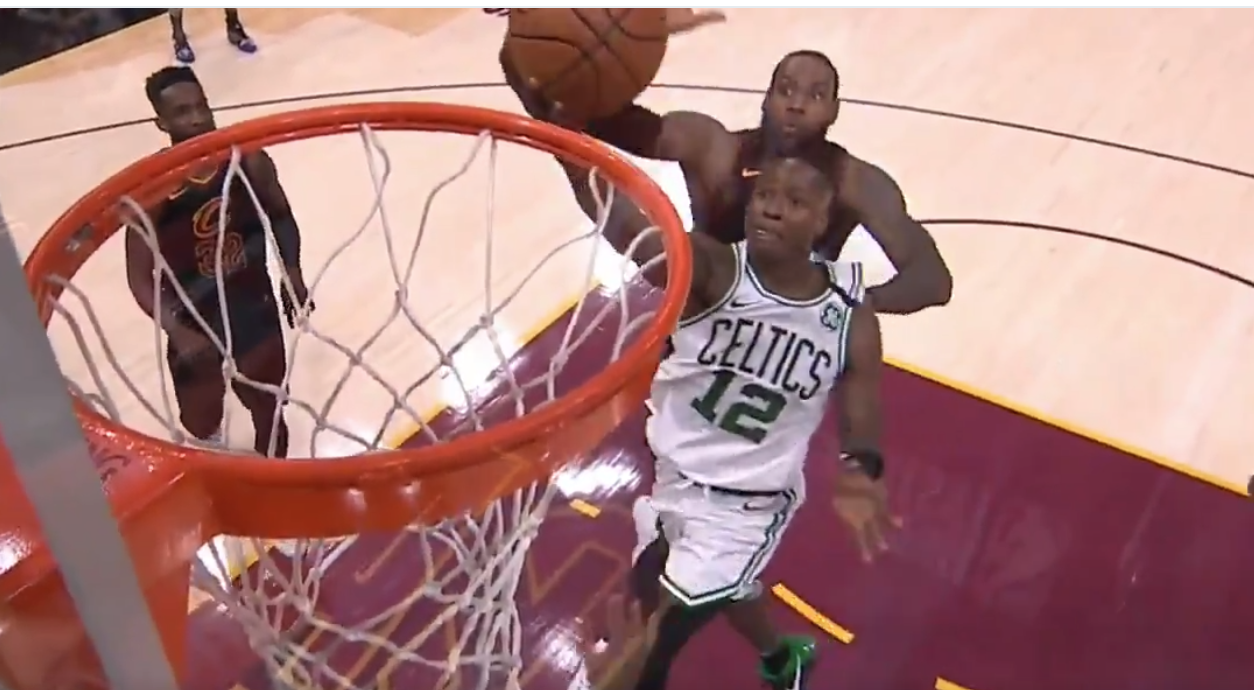 LeBron James played at an MLB-caliber level in the Cavs’ potential elimination game on Friday night.

The Cavs had their backs against the wall, down 3-2 in the series, and James made sure that Game 6 of the Eastern Conference Finals wasn’t his final contest in a Cleveland uniform.

James dropped 46 points in 46 minutes of play, and sealed the game with back-to-back three-pointers late in the fourth quarter.

He also came up with one of his signature chasedown blocks, denying Terry Rozier on a layup attempt at the rim.

James truly can do it all.