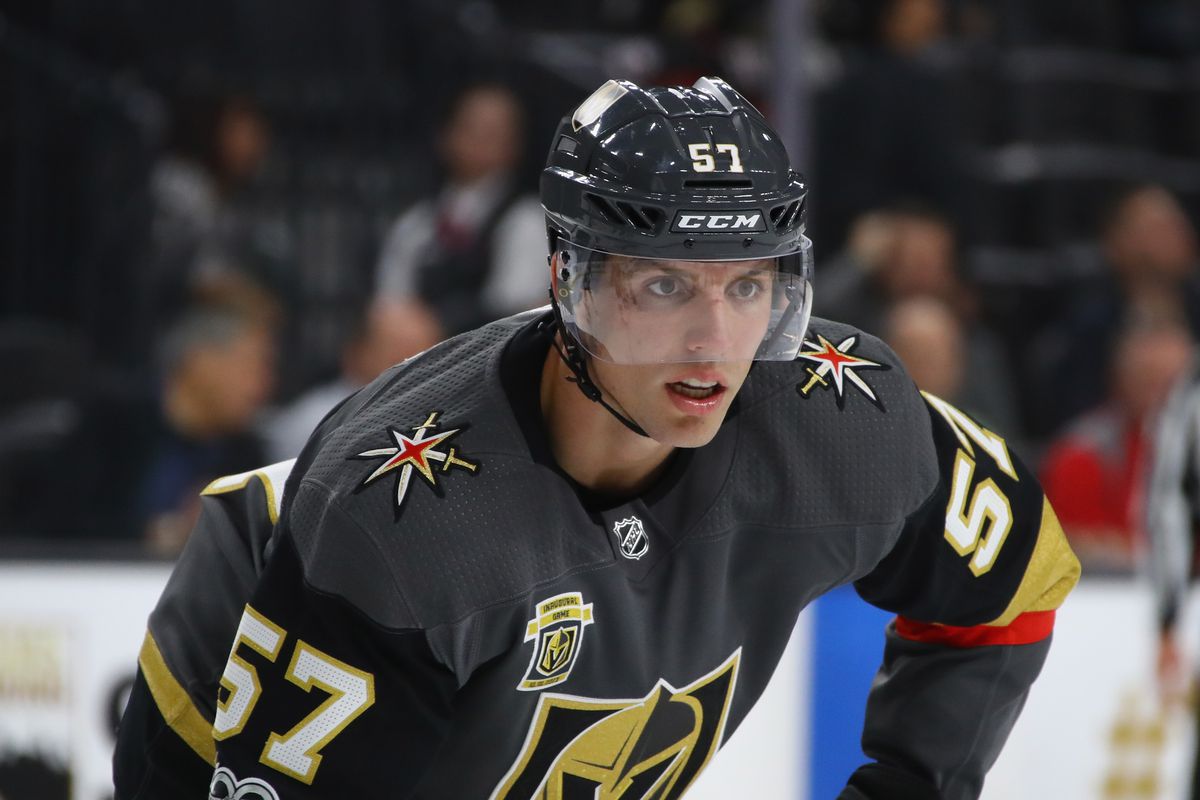 Craig MacTavish’s biggest, and for my money best, addition as General Manager was David Perron. MacT acquired Perron for a second-round pick and Magnus Paajarvi in the summer of 2013. Perron responded by scoring a career-high 28 goals in his only full season as an Oiler.

Perron provided the club with scoring ability on the wings, but also gave the team some much needed grit at the time and some size. He was a good fit then, and I think one could argue he’s a good fit now. Perron will be heading to free agency fresh off a trip to the Stanley Cup Final and a 66-point season. Not bad.

Perron has quietly been one of Vegas’ best forwards, but is another guy enjoying a career year. The Golden Knights not only want to finish the job next week in the Final, but they also want to be a competitive team for the long-term. Handing out multiple long-term deals to veteran players won’t accomplish that goal.

Jonathan Marchessault has already gotten an extension, while William Karlsson is almost certain to be next on the list.

If Vegas wants to re-sign James Neal and go after a big ticket like John Tavares or Erik Karlsson, they probably won’t have the room for Perron.

I feel like Perron has always been an underappreciated player in this league. He’s a very talented guy and safely a second-line option offensively. He’s also not going to back down and will bring a physical element to the game. He’s also, and I mean this in the best way, a major pain in the ass.

He’s been better in the postseason this year, posting seven helpers in eleven games while missing some time due to injury.

He averaged 17:49 TOI-per-game with Vegas, while starting 54% of his shifts in the offensive zone. Perron posted a 49.7% Corsi For, which is slightly disappointing but still saws off the opposition.

Here’s a look at Perron’s scouting report via The Hockey News.

Assets: Is a great dangler with the puck and very creative. Can play on either side of center and excels in open space. Gritty, he is both a finisher and excellent playmaker. Also displays agitating qualities.

Flaws: Injuries are a problem here, including concussion issues. Also, his consistency in the scoring department leaves something to be desired. Should shoot the puck more. Does not have great speed.

Perron is a top-six left winger, that is the role he should play. In Edmonton, he would play on the second-line with Leon Draisaitl and likely Jesse Puljujarvi. That’s a perfect spot for him, and one where I think he could excel.

Perron would be eligble for a Seattle expansion draft, and would be a prime candidate to be exposed for the second time in his career. He’s currently 29-years old, and will be at least 31 when that selection process comes around.

It’ll all depend on what kind of deal Perron gets and when Seattle enters the league. The summer of 2020 looks like a possibility as of this writing.

Perron is finishing up a two-year deal that carries a cap hit of $3,750,000 per season. After a 66-point campaign, I’d wager that Perron secures a two-or-three year deal on the free agent market. I’m thinking three years and $4,000,000 per gets it done with this player.

David Perron is the best of both worlds for Oiler fans. He’s skilled and would fill the massive hole on the wing for the upcoming season. He’s also gritty and physical. This is the type of player that would, at least I think, make both sides of the fanbase happy.

He’d also likely make Peter Chiarelli happy, as this is a winger who is both affordable and capable of improving the hockey club.

If the contract is right, there is absolutely a fit for Perron back in Edmonton. I suspect he’ll be on Peter Chiarelli’s shopping list and will be getting a call from the club should he reach the legal tampering period at the end of June.