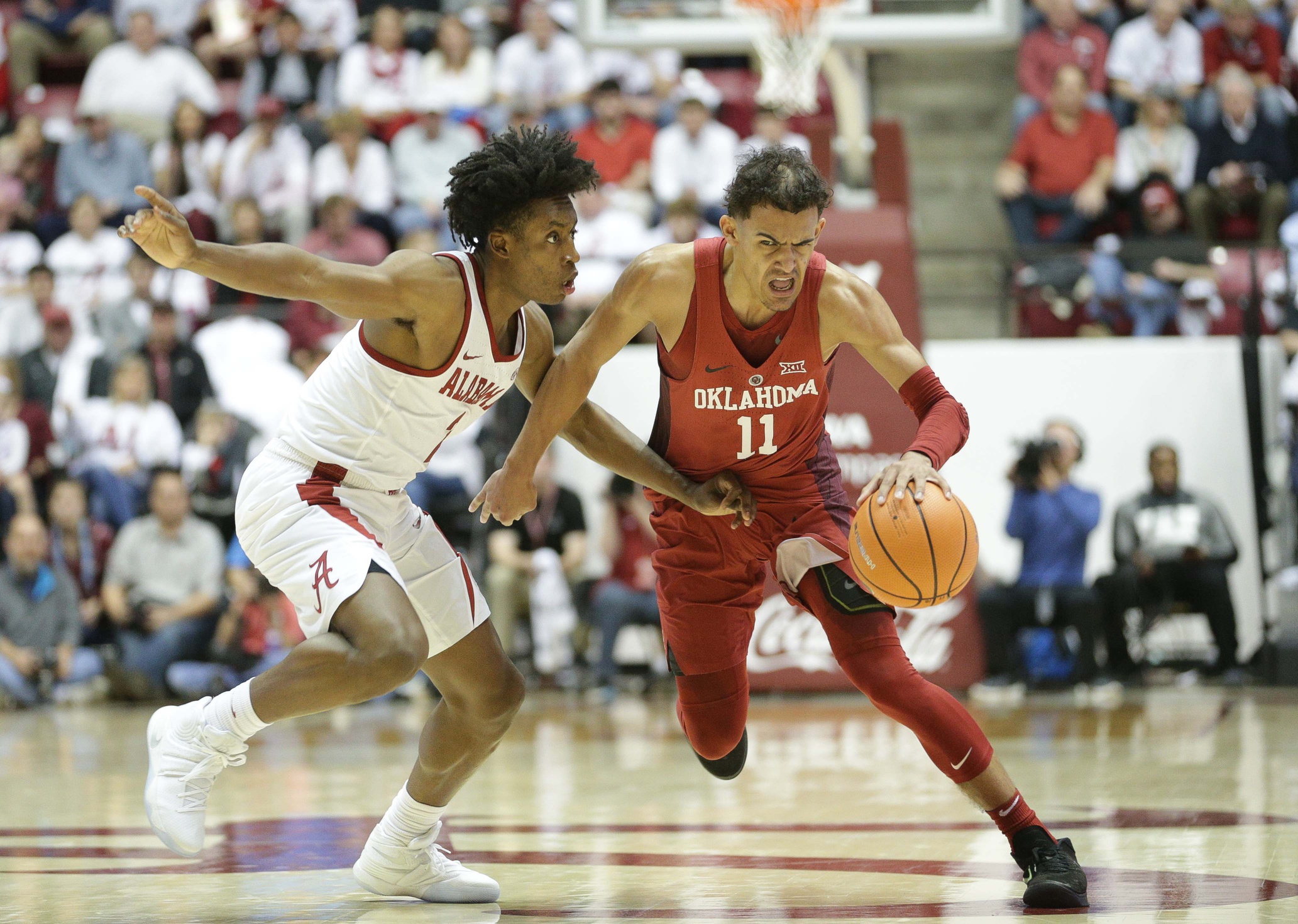 Trae Young and Collin Sexton are both expected to be lottery picks in the upcoming NBA Draft, and with good reason. Young has parking lot range and can zip pretty passes across the court, while Sexton is as physical and fearless attacking the rim as anyone. But there’s a caution that should come with drafting a point guard this high that isn’t quite a sure thing.

Let’s look at the four conference finalists and how the core of their roster is made up. The Warriors have the best point guard on the planet in Stephen Curry, whose truly unique shooting ability sets him apart from everyone else. They also have a handful of long, athletics stars who can defend, distribute, and shoot. Remember those qualities. The Rockets are similar, running their offense through two star guards surrounded by as much shooting as they can get on the floor. Boston loves their athletic wings as well, and Al Horford has been incredible as a 6-10 player that can defend, distribute, and shoot (there it is again, let’s refer to those skills as DDS). Finally, the Cavaliers are mainly LeBron, but their other major contributions come from a stretch big in Kevin Love, a sharpshooting wing in Kyle Korver, and a long, multitalented guard in George Hill.

Notice how Curry is the only true point guard that his team really revolves around (James Harden is a converted shooting guard, and while he can pass, he’s more of a scorer). In a positionless league, these teams are all about long, athletic, DDS wings or big men who can stretch the floor, defend the rim, or do both. Why?

It’s actually pretty simple. As you may know, height is important in basketball. No matter how good a smaller player is, he’ll never be as good as a bigger player who has the same level of talent and skill as him. It’s easier for the bigger guys to shoot over the smaller ones or fluster them on defense. Makes sense, right?

With the way the league is going, it’s getting harder and harder to build your team around a point guard and be a championship contender. Let’s look now at four teams in the NBA that have a true point guard as their best player: the Thunder, Trail Blazers, Wizards, and Hornets. Russell Westbrook is a phenomenal player, but his style of play has been worn out, and it’s become hard to expect to put players around him and see them grow. Damian Lillard is an awesome fire-spitting floor general, but look at what Jrue Holiday, a less flashy and longer PG, did to him in the playoffs this year–swallowed him whole. John Wall has yet to lead his team to the conference finals, and the Wizards have had plenty of hiccups along the way. Finally, Kemba Walker and the Hornets are stuck in the worst place for an NBA team: purgatory.

Of course, if these guards had better talent surrounding them (like Holiday has Anthony Davis), they’d have more success. But because there’s so many long athletic defenders that can swallow them up, it makes their job a lot more difficult. And if you adhere to the notion that a point guard’s true job is to be a playmaker and set the table for others, that skill is no longer unique to them. Ben Simmons, LeBron, and Giannis Antetokounmpo are showing that big men can be point guards, and even guys like Draymond Green and Horford are examples that an offense can run through some of the less heralded bigs as well.

This doesn’t mean that all teams are the same. I’m sure the Celtics will be very happy to have Kyrie Irving back next year to pair him with the rest of the versatility on their roster. But it’s something to consider for lottery teams when looking for a franchise cornerstone. Young and Sexton are expected to go in the mid to late lottery, which may be fair, but wouldn’t it be smarter to go with a guy like Mikal Bridges or Robert Williams? Sure Bridges doesn’t have an immense amount of upside, but he’s exactly the kind of wing that all NBA teams need. And Williams is dripping with defensive potential–could he become the next Clint Capela?

You can argue you’d rather have a Kemba Walker or John Wall on your team than a 3-and-D wing or Capela, but that could also drag you into a false sense of security. It’s what the Blazers are experiencing right now–they’ve spent so much money to build their team around Lillard, but because of his talent level, they’re afraid to trade him, and they don’t look like they’ll be able to take the next step. This isn’t awful, as Portland has had some nice success with Lillard at the helm, but it’s still purgatory.

There’s also so many good point guards in the league: Curry, Harden, Chris Paul, Westbrook, Irving, Wall, Walker, Kyle Lowry, Lillard, Holiday, and Mike Conley could all be considered All-Star level players. Guys like Jeff Teague, and Goran Dragic are still considered above-average, talented guards by most. And then you look at the 2017 draft, which included Donovan Mitchell, Lonzo Ball, De’Aaron Fox, Markelle Fultz, and Dennis Smith. They were drafted with star potential in mind, and even if only two of them reach that level (Mitchell already has), that’s 15 point guards I just listed as above average, not even counting Simmons and Giannis. There’s only 30 teams in the NBA. So what would Young or Sexton have to do to truly break into that tier? They’d probably need to become All-Stars, and while it could happen, the odds are stacked against it. If I’m not getting a star, I’d rather draft a guy that I know will better help me in the modern NBA.

This all depends on team needs, but executives need to understand where the league is going. Even though Young has flashed some Curry-like skills, these two point guards might not have the ceiling that everyone is perceiving. That might be OK for some teams, but if the goal is a championship, a different route may be the way to go.